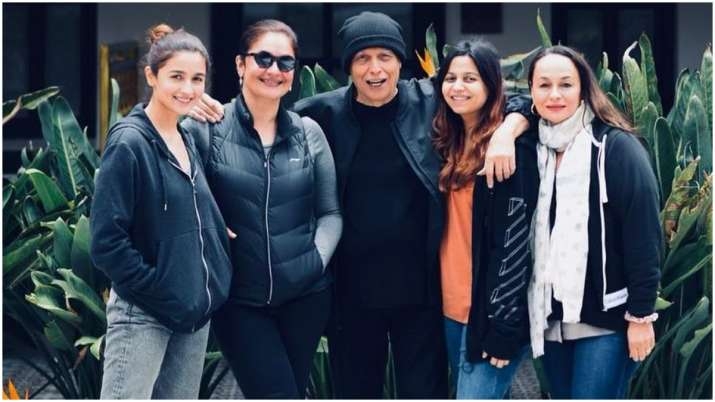 The trailer of the upcoming Mahesh Bhatt directorial, 'Sadak 2', was released on Wednesday morning and within a few hours, the number of dislikes on the video widely surpassed the number of likes on it. The film stars his daughters Pooja and Alia Bhatt along with Sanjay Dutt and Aditya Roy Kapur, youngest brother for bigwig producer Siddharth Roy Kapur. Although it received over 5.1m dislikes within just 24 hours of its release, the trailer was number 1 trend on YouTube.

A Twitter user pointed out the same to actress Pooja Bhatt and wrote, "Hey @PoojaB1972, Don't worry about the Haters. After 4.2M Dislikes, Yet Sadak 2 is #1 on trending. Best wishes for the movie"

Replying to the post, she tweeted, "Am absoulutely not! Lovers/Haters two sides of the same coin. Gotta hand it to both for giving us their valuable time and making sure we are trending. Thank you for your wishes."

The trailer released by Fox Star Hindi on their YouTube channel had drawn 459K likes and 8.4M dislikes at the time of publishing this story. Similarly, on the YouTube channel of Disney Plus Hotstar VIP, which is scheduled to premiere the film, the figures stood at 197K likes and 1.5M dislikes.

The film has been drawing ire on social media as a shining instance of Bollywood nepotism, shortly after Sushant Sing Rajput's death. Many netizens are also upset over Mahesh Bhatt's alleged links with Sushant's girlfriend Rhea Chakraborty, who has been charged in an FIR by the late actor's father KK Singh, with abetment to suicide among other allegations.