The complaint has been filed by by Advocate Ali Kaashif Khan Deshmukh, a resident of Mumbai.
IANS 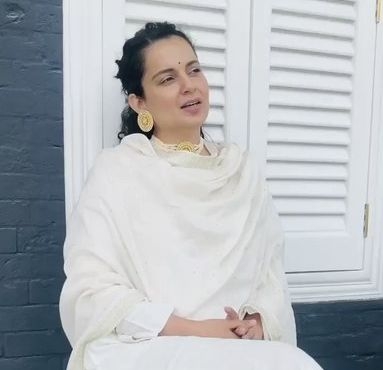 Mumbai: A police complaint has been filed against Bollywood actress Kangana Ranaut for allegedly referring to people of a particular community as "terrorist" and coming out in support of her sister Rangoli Chandel, whose Twitter account recently got suspended for alleged hate speech.

The complaint has been filed by by Advocate Ali Kaashif Khan Deshmukh, a resident of Mumbai.

In a copy of the complaint lying with IANS, it has been mentioned: "It is pertinent to note that one sister calls for genocide killings, violence and the other sister not just support her for the same despite nationwide criticism and suspension of her Twitter account but also gives a label of terrorist to a sect..."

The complaint accused the actress and her sister-cum-manager Rangoli of "misusing their stardom, fanbase, fame, money, power and influence with an aim and intent to promote hatred, disbalance, fights in the country for their personal benefits and gains". In a recently shared video on Instagram, Kangana Ranaut said if anyone can find a tweet where Rangoli says anything offensive, "then we both will publicly apologize".

The actress further mentioned: "My sister Rangoli Chandel had specifically mentioned that people who have attacked doctors and police personnel should be shot dead," adding that celebrities like "Farah Ali Khan ji and Reema Kagti ji made a false allegation" that Rangoli's comment was community-specific.

The actress had also stated in the video message that she and her sister did not believe that every person "attacking doctors and cops" belonged to any particular community.