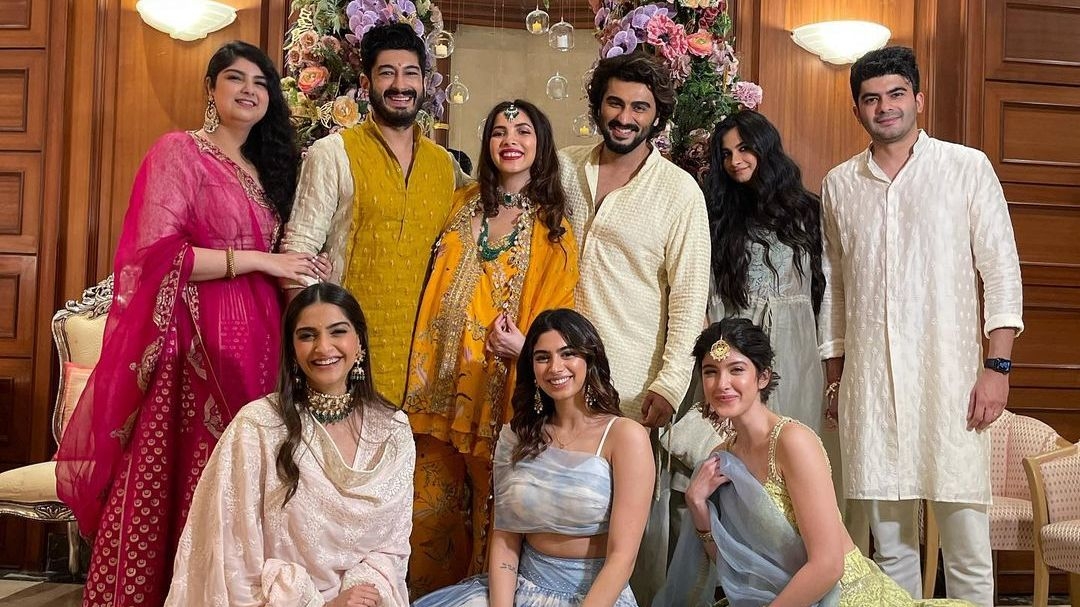 On Wednesday evening, Sonam shared photos of the Kapoors where they look nothing short of glamorous. The pictures feature her cousins Arjun Kapoor, his sister Anshula Kapoor, Shanaya Kapoor, Khushi Kapoor, Akshay Marwah and newlywed Rhea.

However, Janhvi Kapoor and Sonam’s brother Harshvarrdhan Kapoor and cousin Jahaan Kapoor were missing from the photos.

Arjun also shared the same picture on Instagram and captioned it, "Smiles R Us."

In the photos, while Sonam can be seen in a pink outfit, Rhea is dressed in a baby blue outfit.

Antara Motiwala Marwah, who is also the niece of Tina Ambani, is expecting her first baby with Mohit Marwah. The couple tied the knot in February 2018, in the UAE.

The Kapoor family came together on Saturday (August 14) at Anil Kapoor's Juhu Bungalow to be a part of Rhea and Karan's intimate wedding ceremony.

The couple, who had been dating for over a decade, opted for a simple at-home wedding. 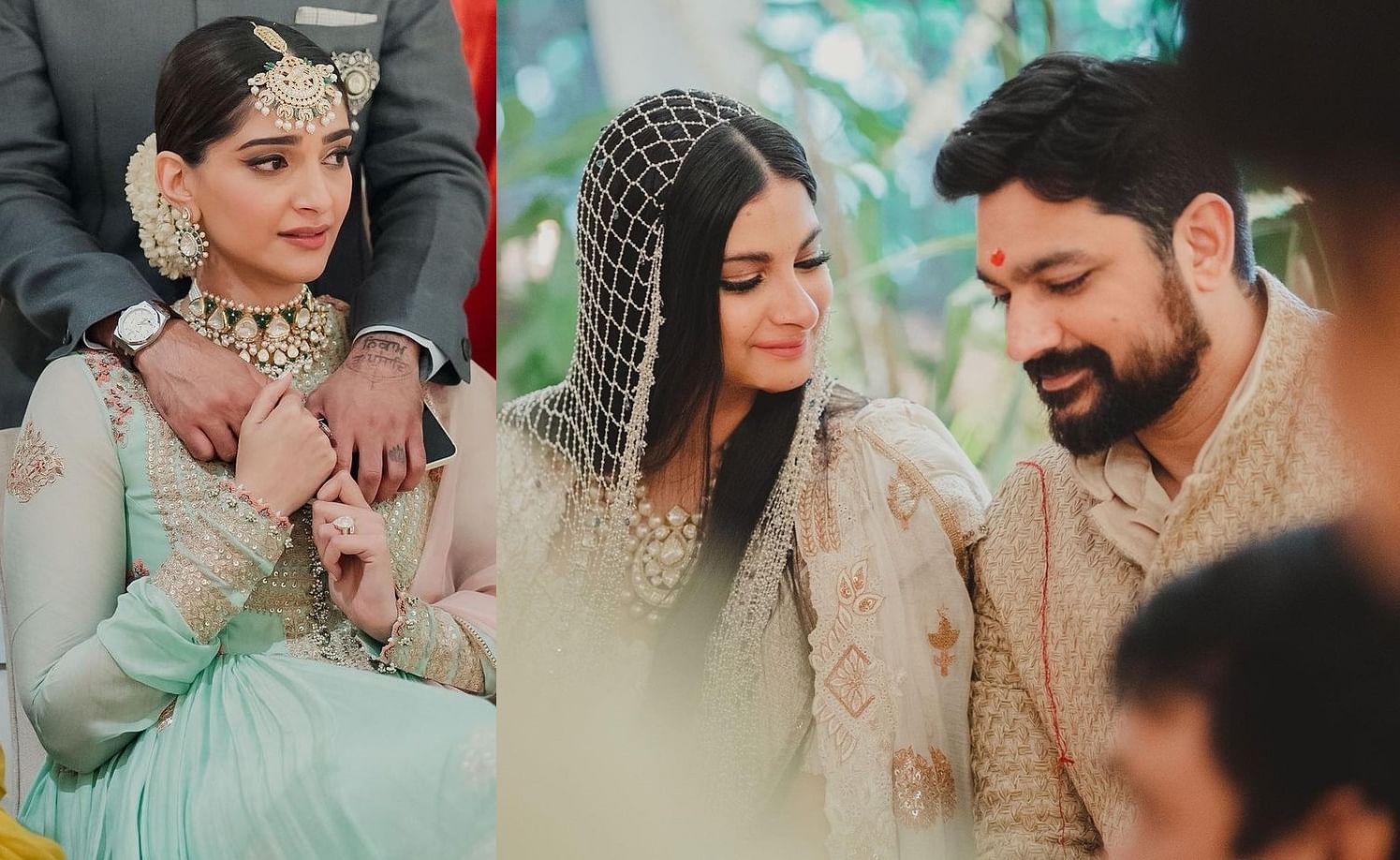 Sonam Kapoor gets emotional at sister Rhea Kapoor’s wedding, says ‘will always be connected by...