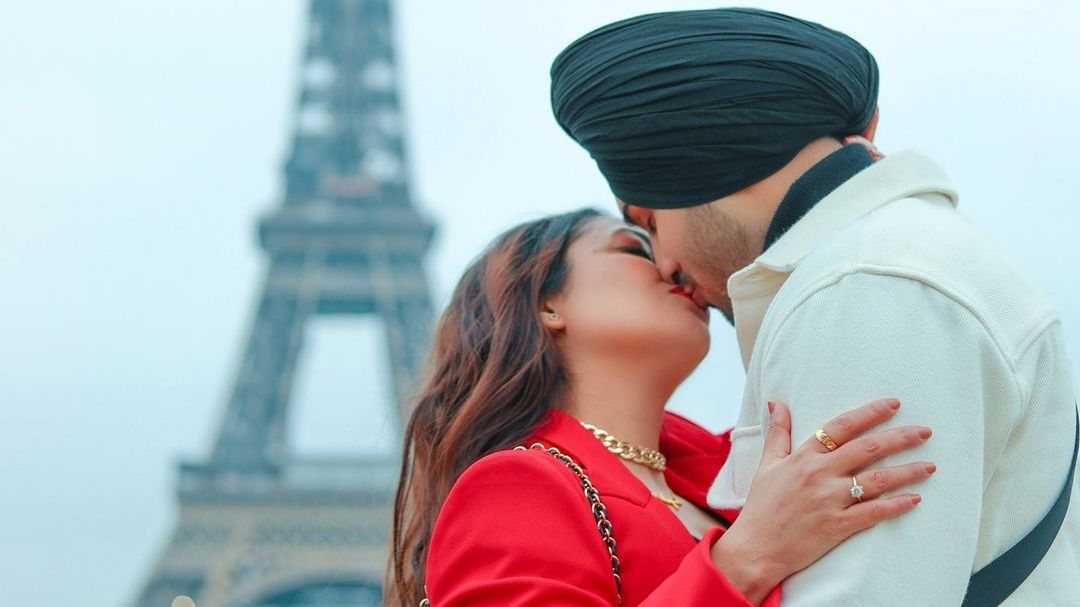 On Tuesday, the celebrity couple took the social media and gave a glimpse of their sizzling chemistry as they locked lips in romantic photos clicked in the backdrop of the Eiffel Tower.

In the photos, Neha can be seen in a pair of red flared pants with an overcoat and a black warm pullover. She completed her look with a black Louis Vuitton handbag.

"City of Love #Paris looks BEAUTIFUL! But Only when You’re around, not without You My Love! @rohanpreetsingh," she captioned the post.

Replying to her post, Rohanpreet commented, "I Love you the most My Love!!"

Rohanpreet also shared the same set of photos and penned a romantic caption. "I love you more than people love Eiffel Tower, "he wrote.

Neha and Rohanpreet are quite active on Instagram and they often upload funny and adorable videos. They also openly express their love for each other on social media.

The coupe first met while shooting for the music video of 'Nehu Da Vyah' in August 2020 and fell head over heels in love with each other. Professionally, they’ve collaborated on two songs - 'Khayaal Rakhya Kar' and 'Nehu Da Vyaah'.