The 'Gold' actress was seen in a floral salwar suit at the airport.
FPJ Web Desk 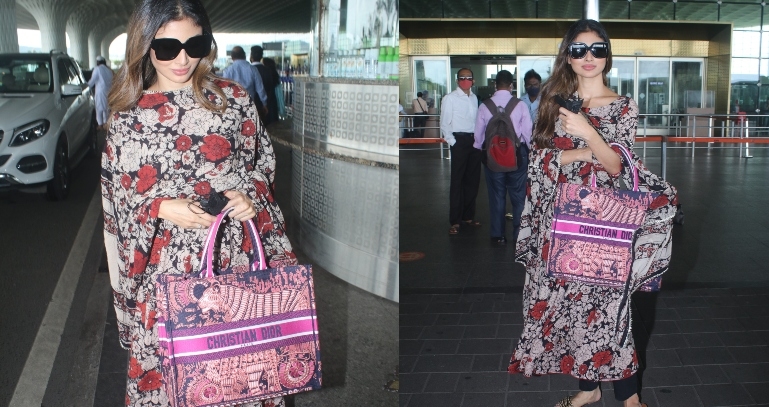 A week after suffering a wardrobe malfunction, actress Mouni Roy was spotted by the paparazzi at the Mumbai airport, on Monday. For her airport look, Mouni kept it simple and opted for a traditional attire.

The 'Gold' actress was seen in a floral salwar suit at the airport. She paired the red and black outfit with black sunglasses, a pair of golden flats and an expensive tote bag by the French luxury fashion house - Christian Dior. 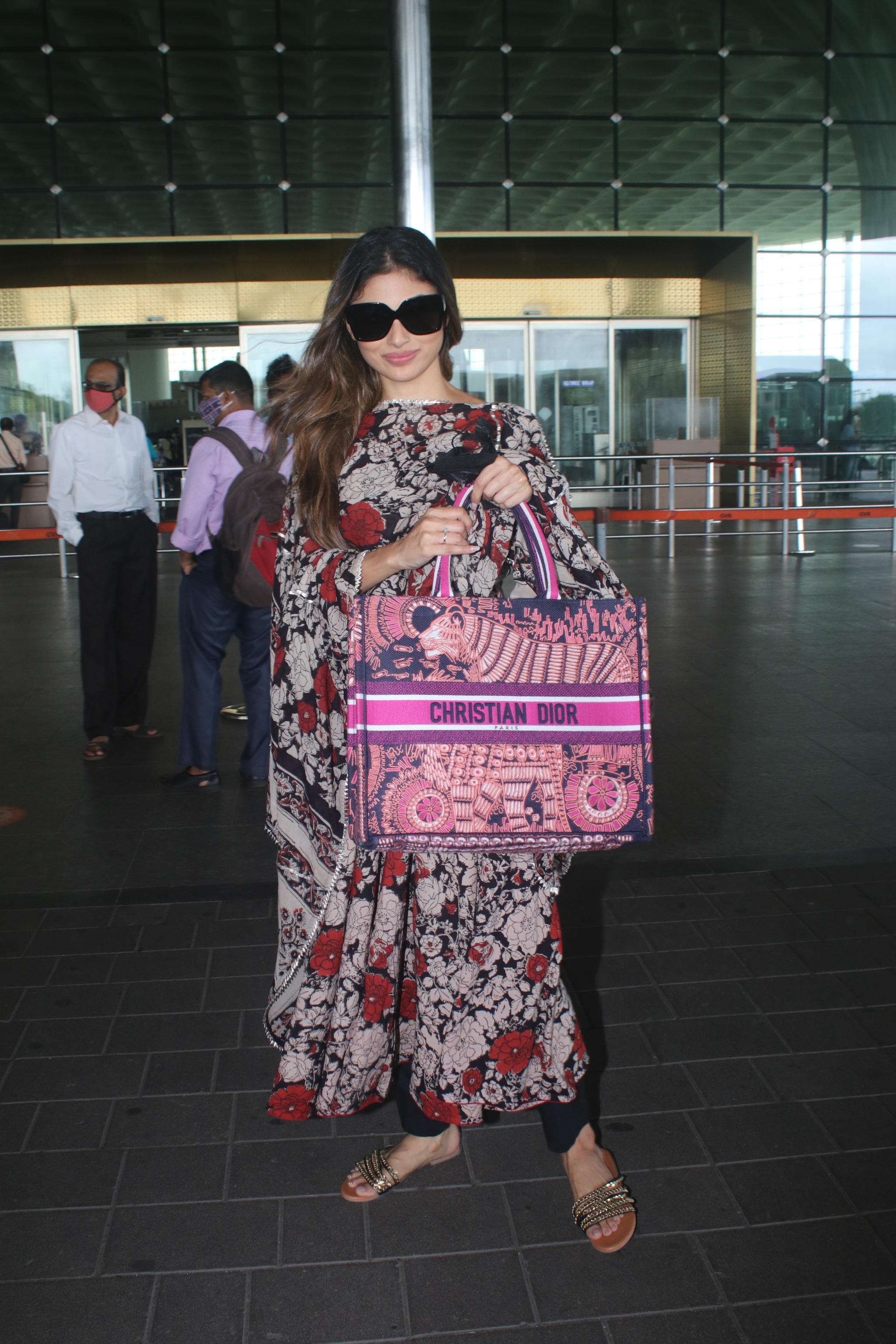 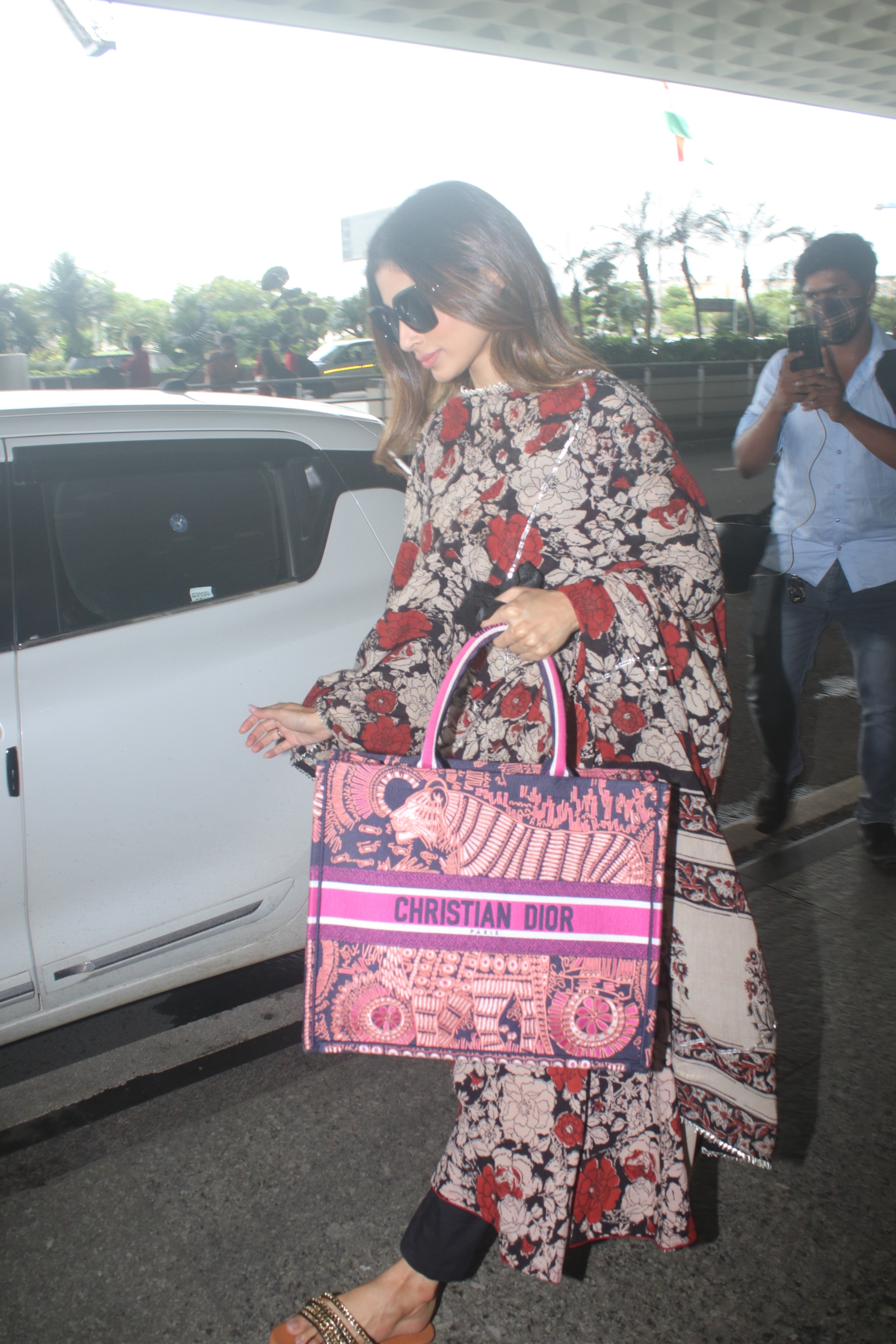 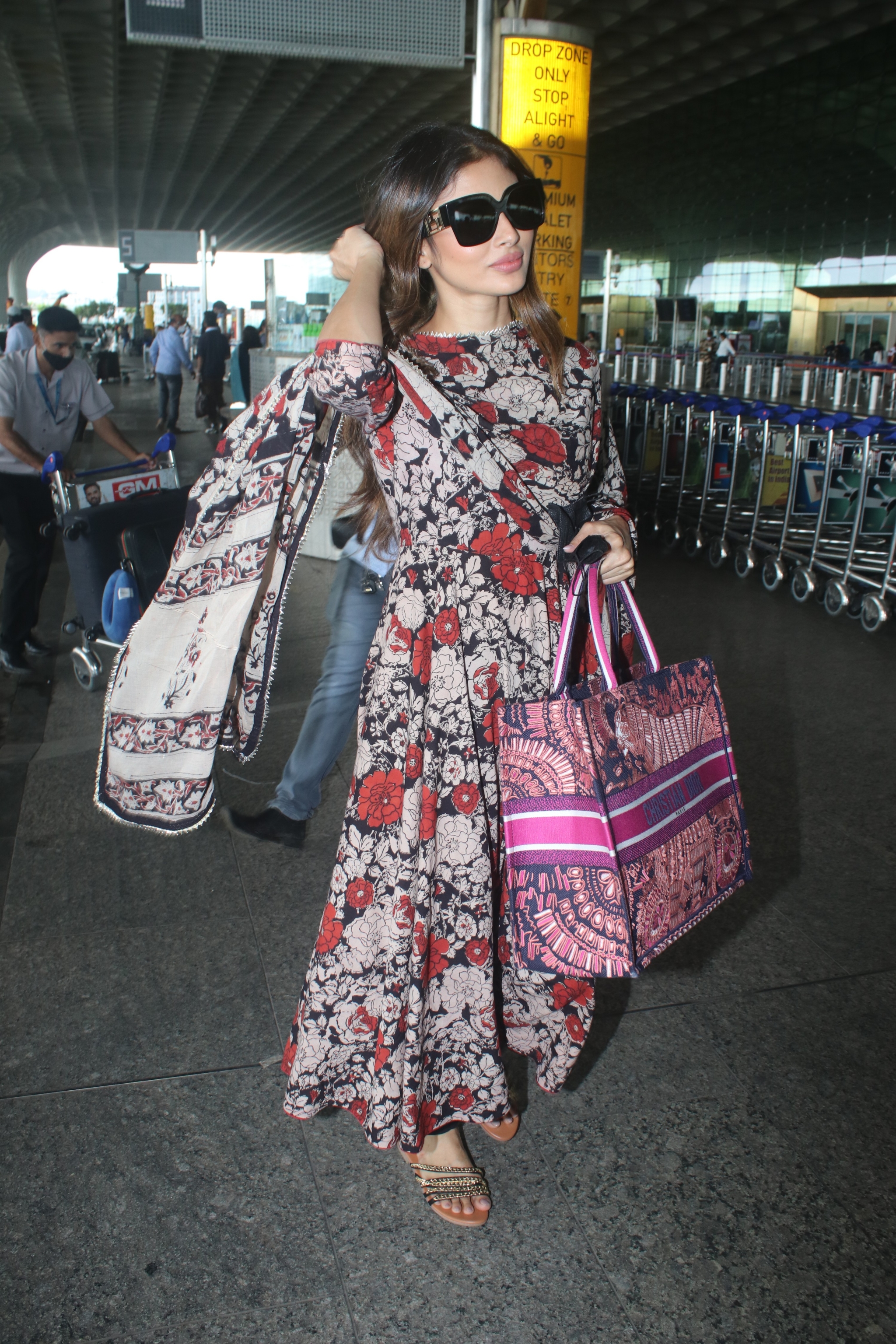 Last week, Mouni Roy donned a green halter neck outfit for an event in Mumbai. The actress appeared to be uncomfortable as she struggled to cover her modesty while posing for the paparazzi. 'Why wear such dresses': Netizens react as Mouni Roy struggles to cover her modesty in a revealing...
Advertisement

On the work front, Mouni was last seen in the digital film 'London Confidential' opposite Purab Kohli, directed by Kanwal Sethi and produced by Mohit Chhabra and Ajay Rai.

Talking about working with such a talented cast, Mouni said: "Ayan Mukerji is a brilliant mind. He is all heart and I think he has given this project his life. If I remember it right, he told me that he has been working on this project for almost seven to eight years now. He is God's child, for sure."