Photos: Karishma Tanna flaunts toned abs in a sexy blue bikini as she spends time at the poolside 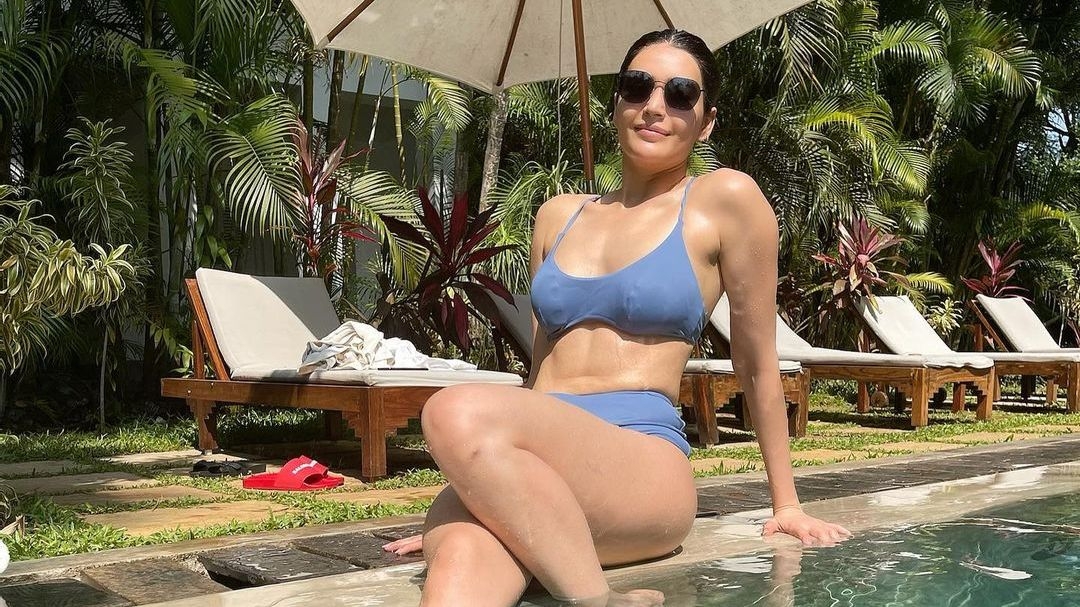 Actress Karishma Tanna often treats her fans with stunning photos and videos of herself. Recently, she took to her Instagram to share sizzling throwback bikini photos as she spent some time at the poolside.

In the photo, the 'Grand Masti' actress can be seen flaunting her abs, slender and toned physique and sexy legs.

She can be seen wearing a blue bikini and completed her look with black sunglasses and tied her hair in a bun.

Several fans took to the comments section and dropped fire and heart emotions.

The 38-year-old actress got engaged to businessman beau Varun Bangera in an intimate affair in November 2021.

According to several media reports, Karishma and Varun will tie the knot on February 5, 2022. Although she is yet to make an official statement on the same, her Mehendi and Sangeet ceremonies are likely to be held on February 4 and Haldi and Shaadi on the next day.

It is also rumored that the couple will host a reception for their friends on February 6. Karishma and Varun met through a common friend Suved Lohia and have been going strong ever since then.

Karishma rose to fame after her stint in Salman Khan's 'Bigg Boss'. She is known for playing the role of Indira in 'Kyunki Saas Bhi Kabhi Bahu Thi', Maskeeni in Nagarjuna – Ek Yoddha', Ruhi/Huzoor in 'Naagin 3' and Gauri/Rajlaxmi/Vaidehi in 'Qayamat Ki Raat'. She was also the winner of 'Khatron Ke Khiladi 10'.

She has also appeared in Bollywood films like 'Grand Masti', 'Sanju' and 'Suraj Pe Mangal Bhari' among others.