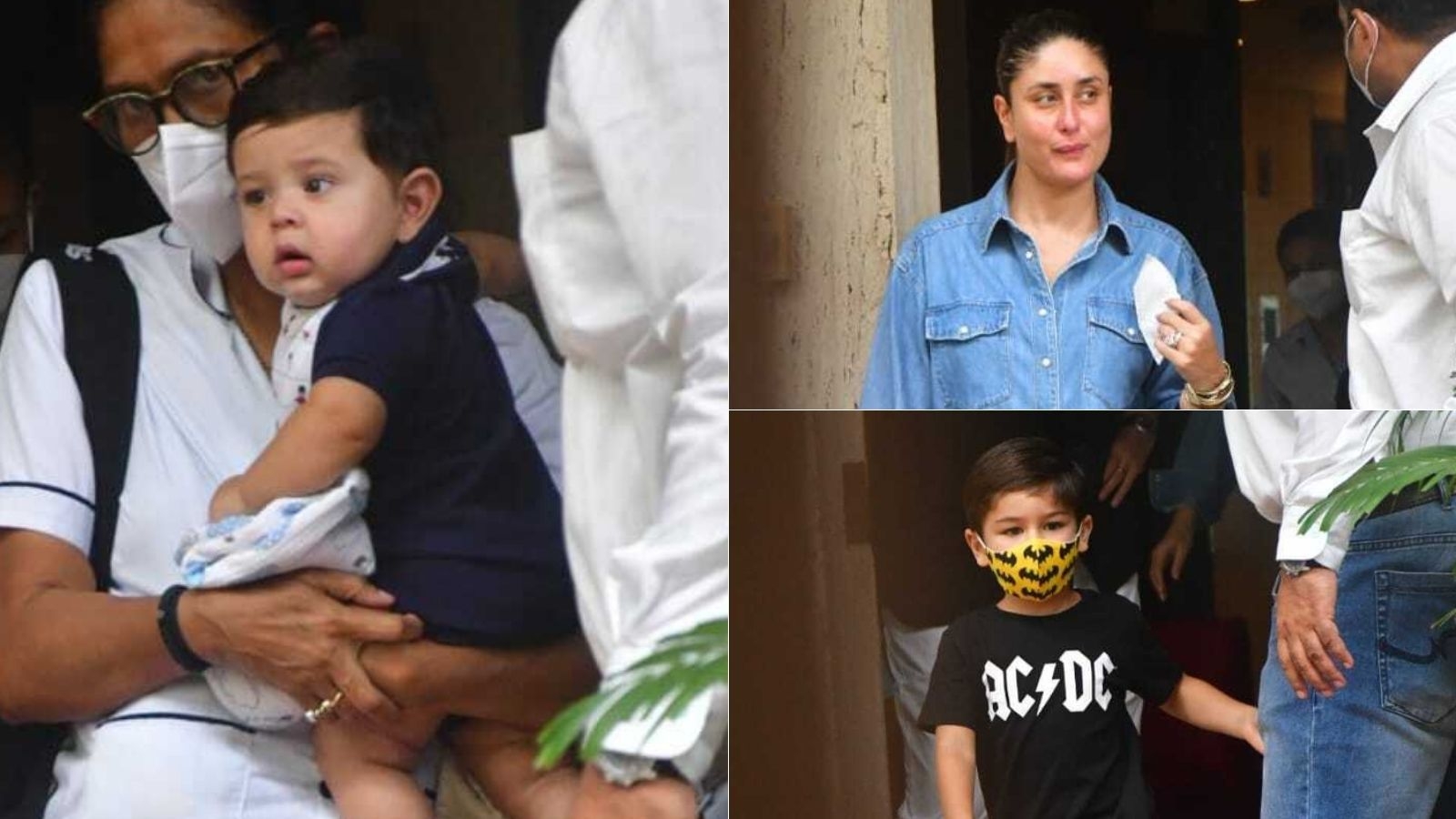 Power couple Kareena Kapoor and Saif Ali Khan were spotted leaving their Bandra residence on Wednesday morning. Their four-year-old son Taimur and younger son Jeh, who is six-months-old, were also seen with Kareena and Saif.

The family got papped outside their home and was seen heading towards the car.

In the photos, Kareena can be seen wearing a denim shirt. She carried a black tote bag with her. On the other hand, Saif wore black shirt and white pants. Jeh was seen with his nanny as they walked towards the car.

Kareena and Saif had kept the baby’s face away from the spotlight. However, of late, several photos of Jeh have surfaced on social media platforms.

Needless to mention, his recent photos will make you adore the cute munchkin. 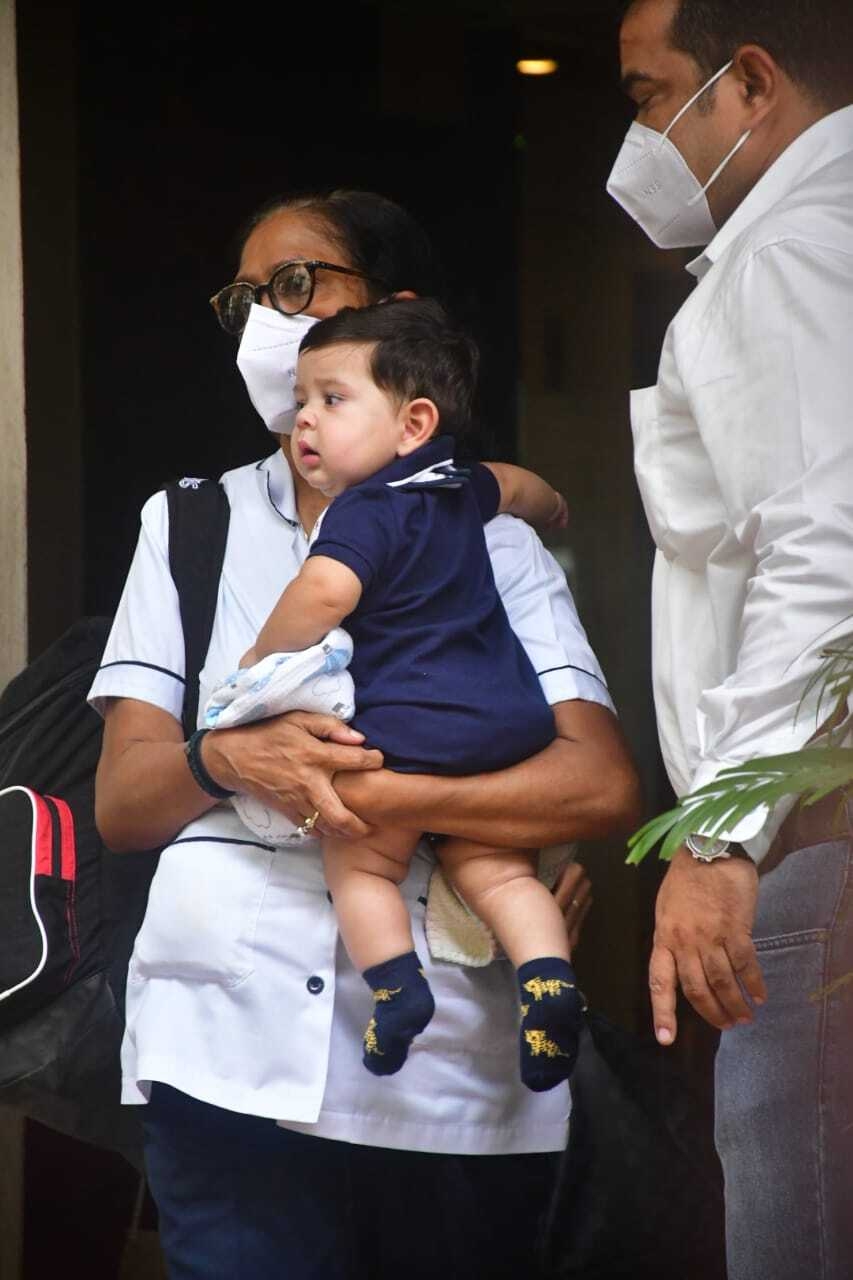 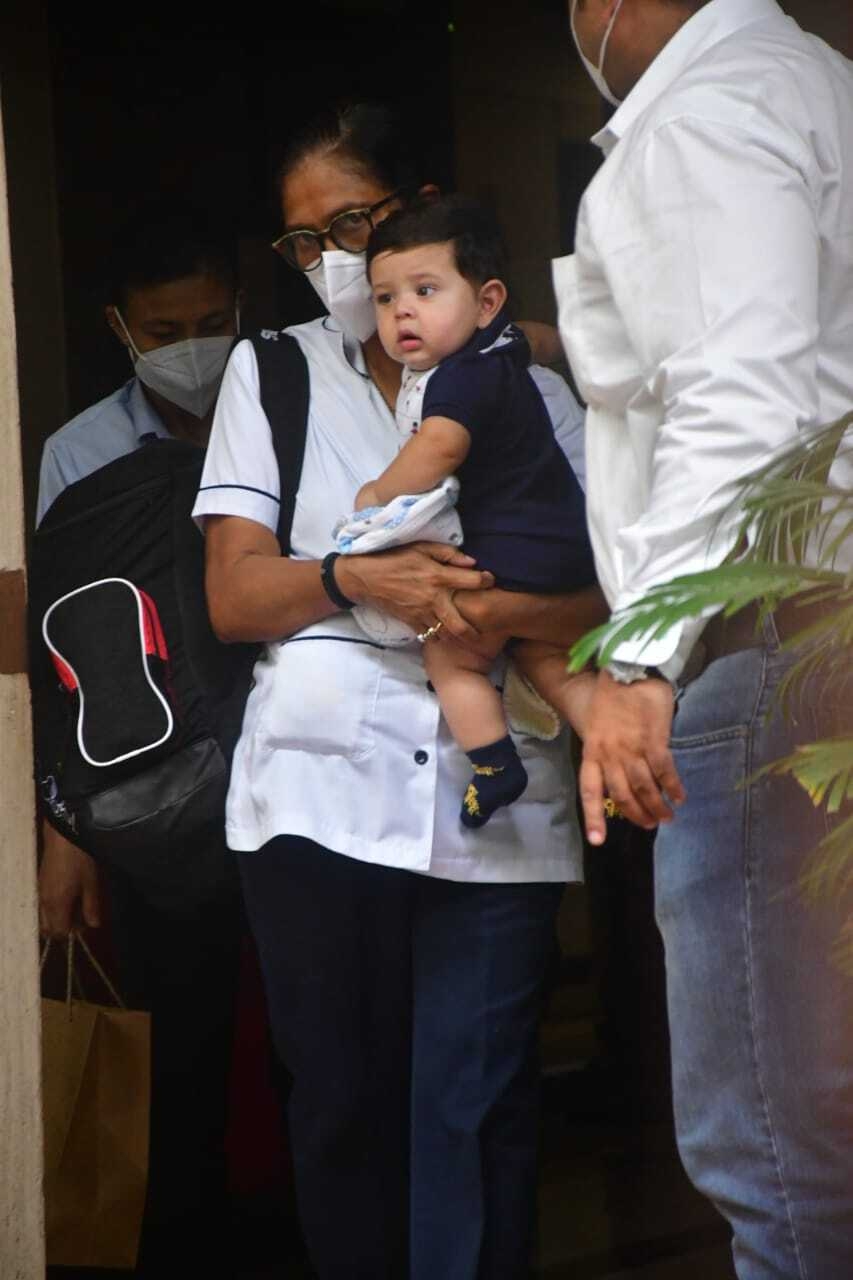 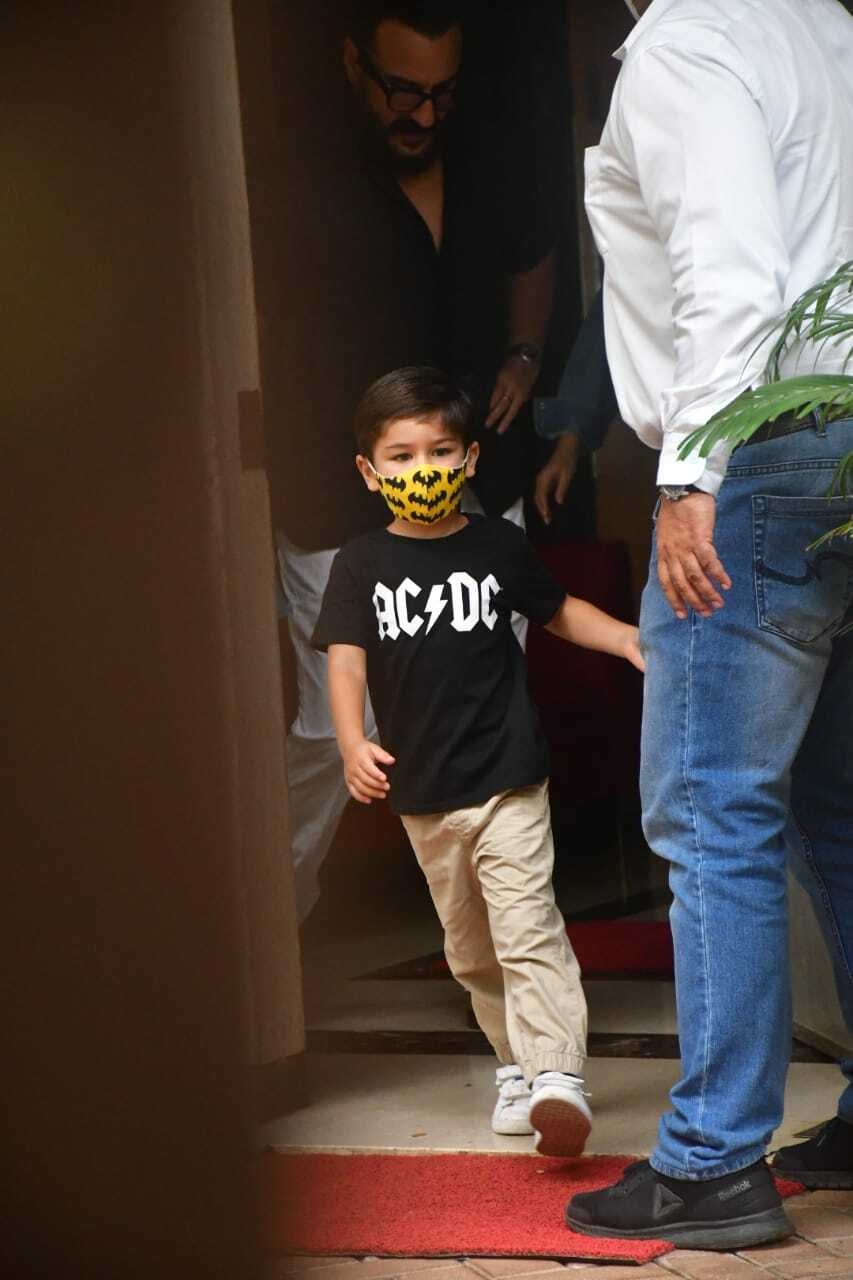 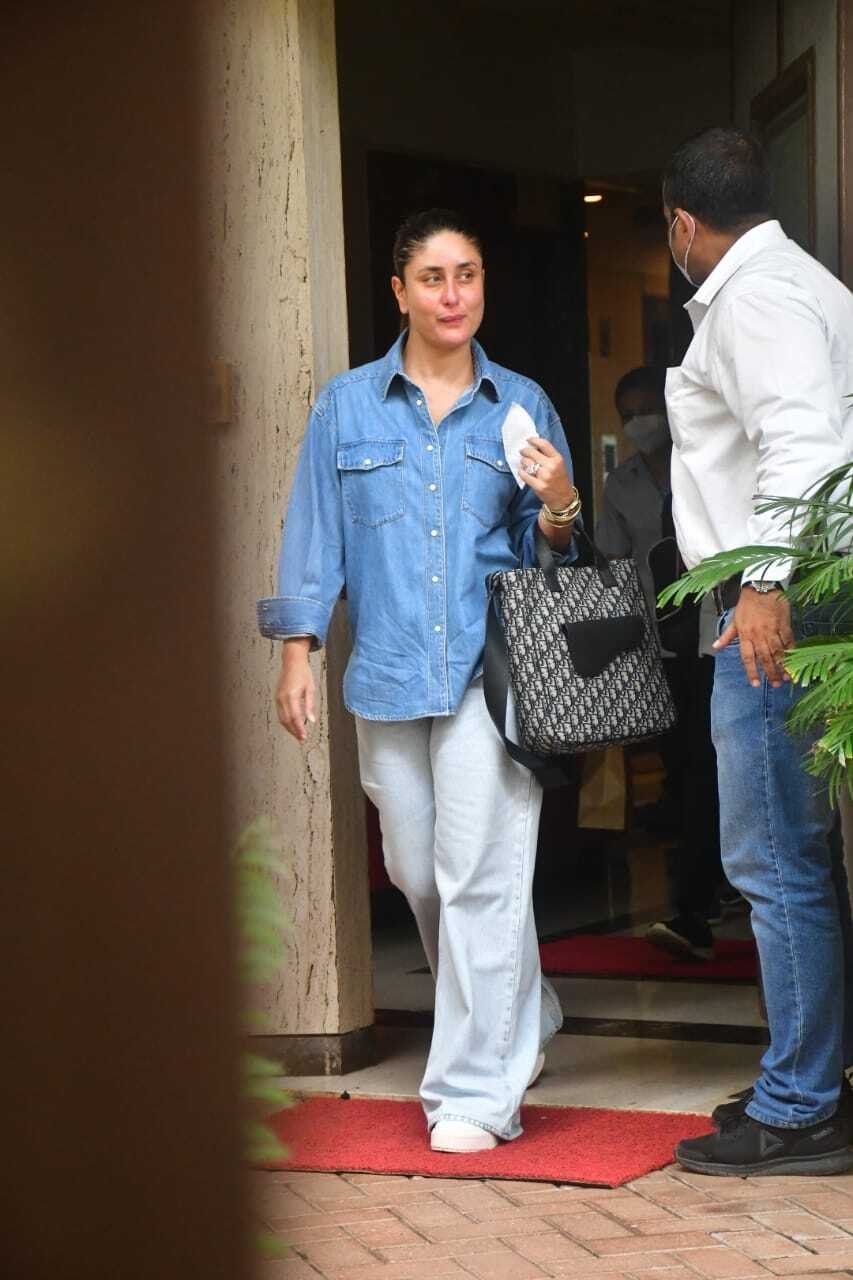 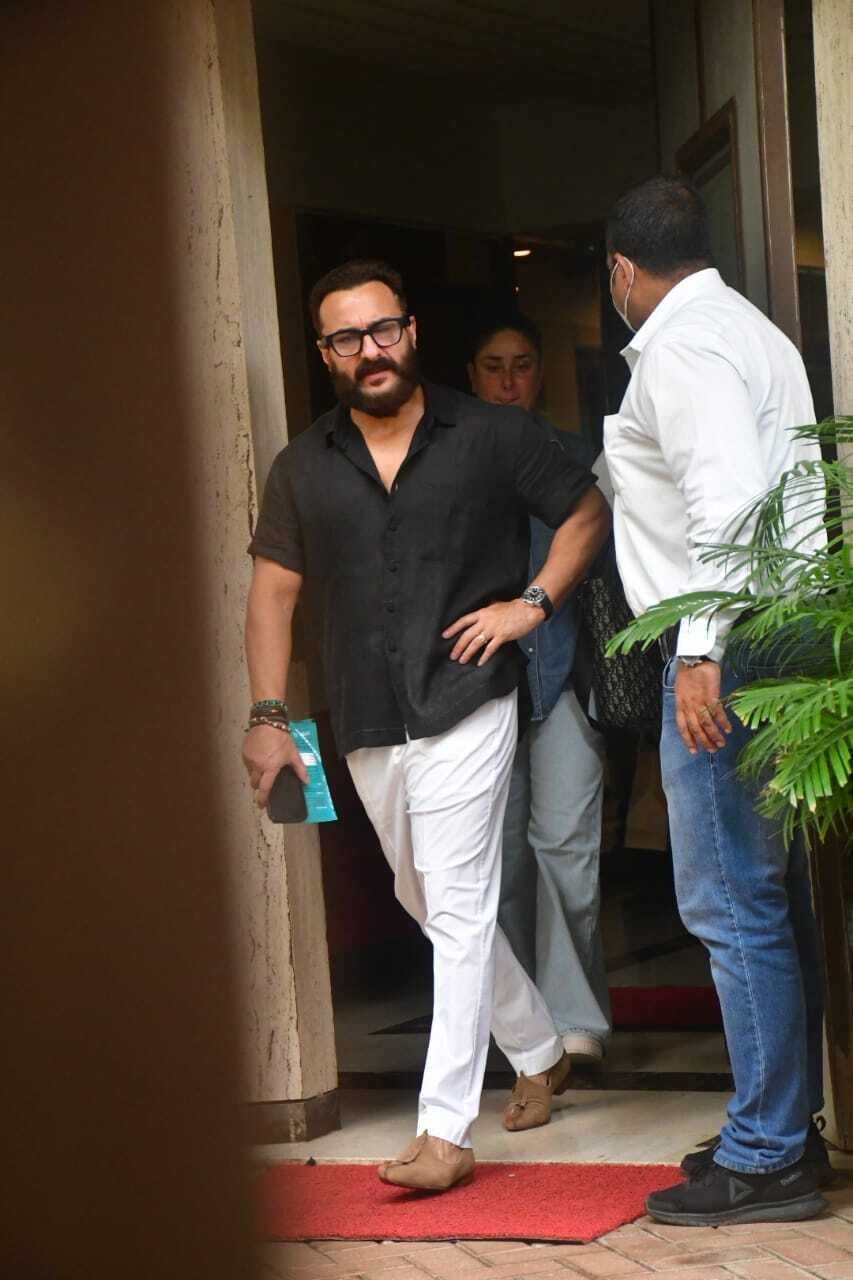 Last month, the star couple celebrated Jeh's half-birthday in Maldives. Kareena shared a picture wherein baby Jeh can be seen clinging on to her.

She also posted a heartfelt post for her son. "Love, happiness, and courage to you always. Happy 6 months my life," she had captioned the post.

Kareena and Saif welcomed their second son, Jeh, on February 21 this year. They tied the knot in 2012. Their first child, Taimur Ali Khan, was born in 2016. Meanwhile, on the work front, Kareena recently launched her book 'Pregnancy Bible', which captures her physical and emotional experiences from both her pregnancies.

The 'Jab We Met' star is also set to make her debut as a producer with director Hansal Mehta's yet-to-be-titled thriller. She will also act in the film.

Saif, on the other hand, will be seen in films like 'Bhoot Police', 'Adipurush', and 'Bunty Aur Babli 2' among others. 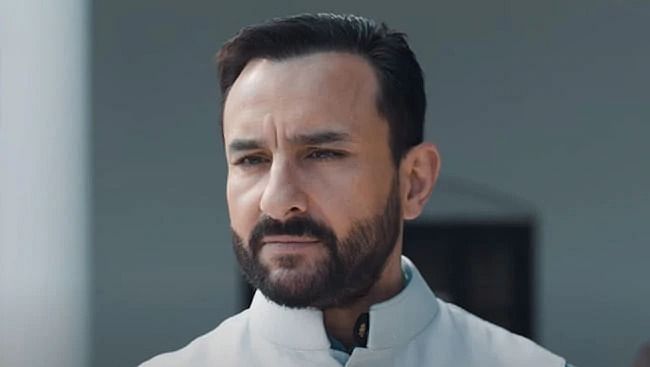