Aishwarya looked breathtaking in an all-white ensemble. She reportedly walked the ramp along with a host of Hollywood stars
FPJ Web Desk 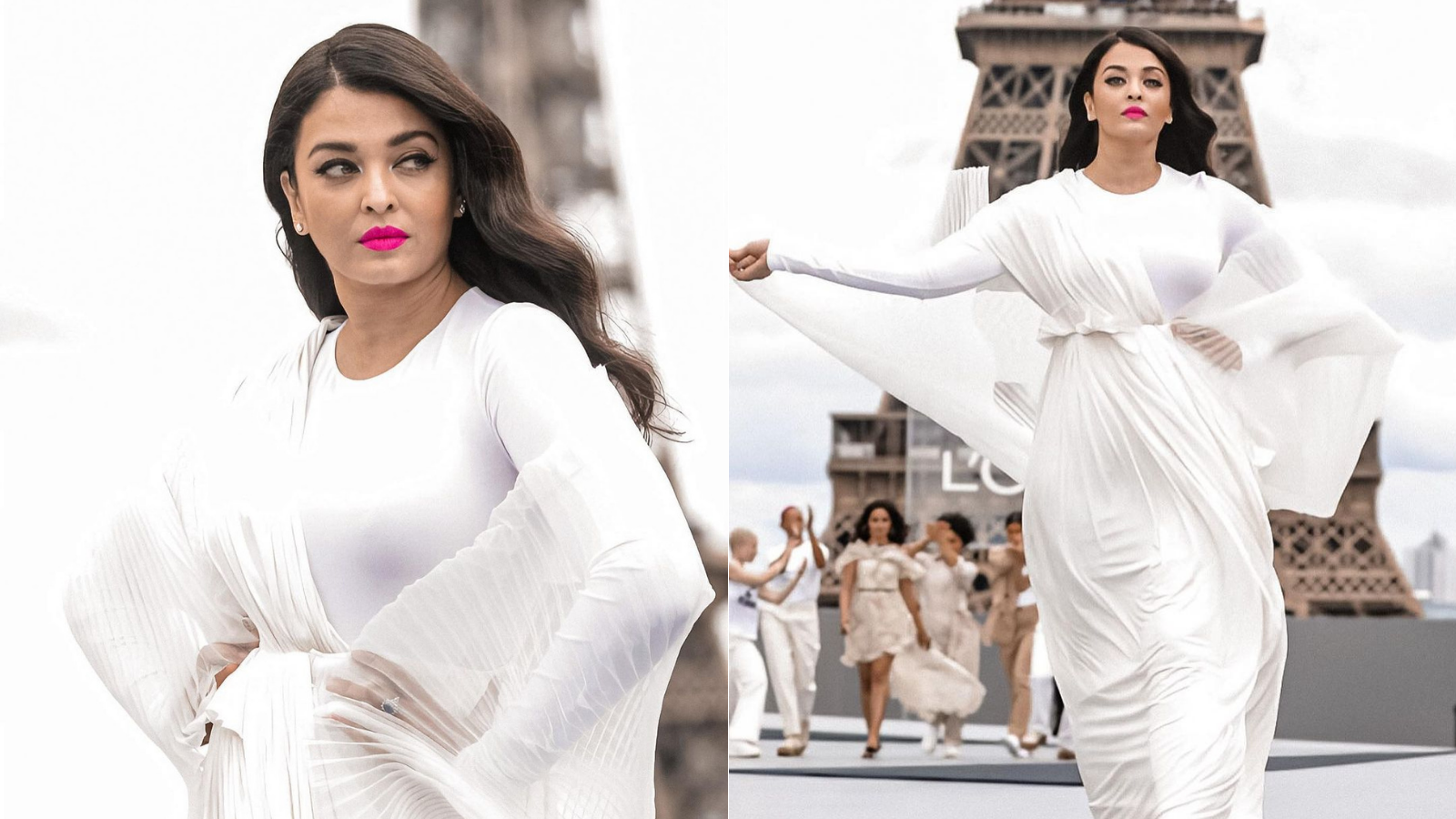 Aishwarya Rai Bachchan was a vision in white at the Paris Fashion Week 2021. She walked the ramp on October 3.

Aishwarya looked breathtaking in an all-white tradition-meets-modern ensemble. The actress wore her hair down in loose waves and added a pop of colour with her pink lip colour

Aishwarya reportedly walked the ramp along with a host of Hollywood stars like Helen Mirren, Amber Heard, Leyna Bloom, Camila Cabello and Katherine Langford among others.

Take a look at her photos here:

Aishwarya left for Paris with her husband Abhishek Bachchan and their daughter Aaradhya last week. Abhishek has since shared a video from the trip. It was a Boomerang of the Eiffel Tower at night. "Paris when it sparkles."

Meanwhile, on the film front, Aishwarya will make her come back to the big screen with Mani Ratnam's 'Ponniyin Selvan'. The period drama is slated to hit the silver screens in 2022.

Last month, Aishwarya took to Instagram and uploaded the film's poster, revealing that the cast and crew have complete the shoot of the upcoming project.