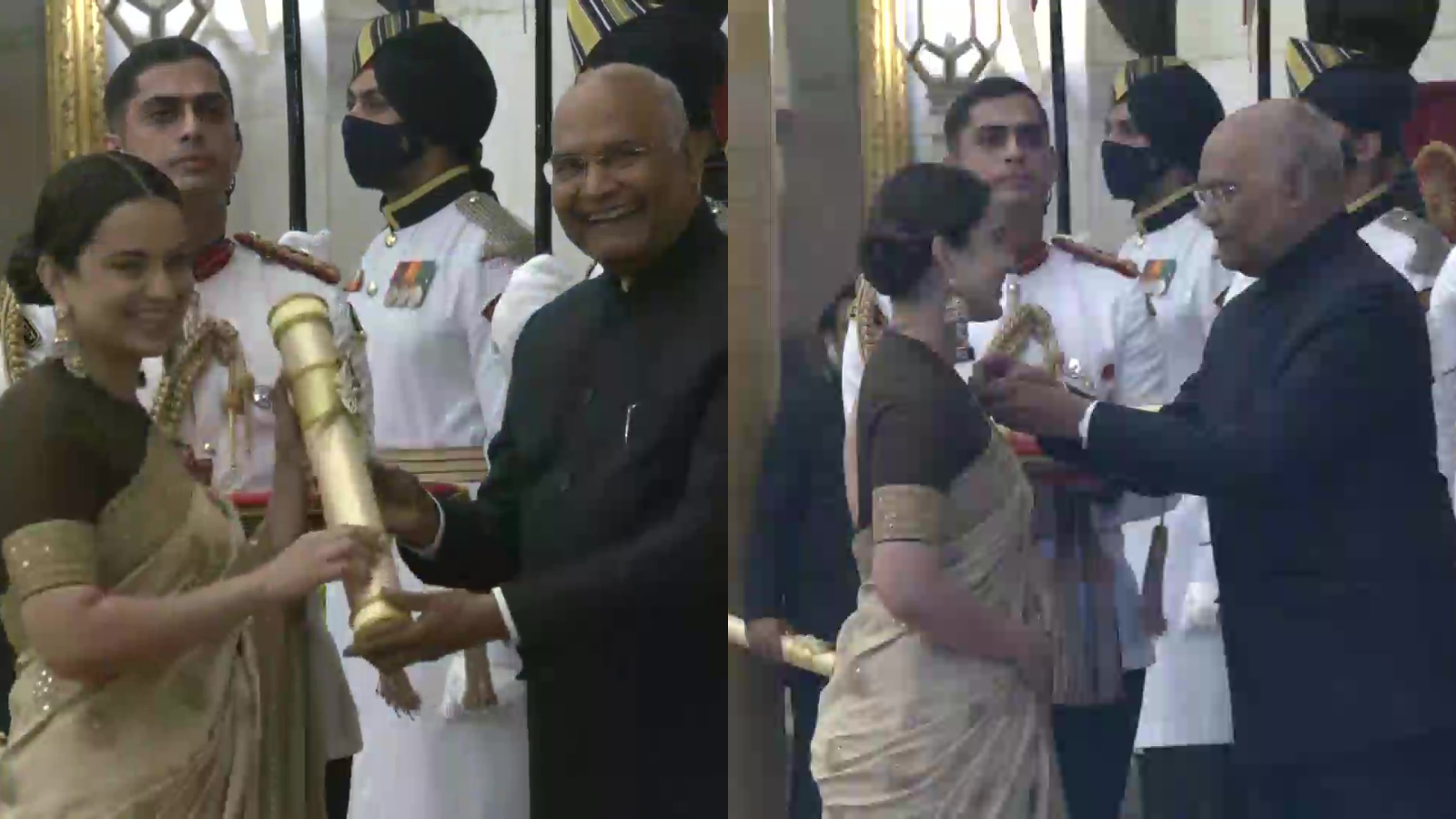 Kangana was conferred with the fourth-highest civilian award by the President of India Ram Nath Kovind in a special ceremony at the Rashtrapati Bhavan.

Earlier this year, it was announced that Kangana, along with filmmaker Karan Johar and TV nad film producer Ekta Kapoor were being honoured for their contribution to the field of performing arts.

The actress was given the award for portraying strong women-centric roles. Veteran theatre, TV and film actress Sarita Joshi and singer Adnan Sami were also awarded the Padma Shri at the ceremony.

Adnan Sami was honoured for being the fastest piano player. Check out the photos here:

Talking about being honoured with Padma Shri, Kangana Ranaut had said in 2020, "I'm humbled, and I’m honoured. I thank my country for this recognition and I dedicate this to every woman who dares to dream. To every daughter... to every mother... and to the dreams of women who will shape the future of our country."

Kangana had recently received her fourth National Film Award as the Best Actress for her performances in 'Manikarnika: Queen of Jhansi' and 'Panga'.

Meanwhile, Kangana, who is currently enjoying the success of her latest film 'Thalaivii', also shared the first look of her debut production venture 'Tiku Weds Sheru'.

"Receiving Padma Shri honour same day as beginning my journey as a producer is extremely special to me," she wrote.

"Sharing with you all the first look of my first production venture under Manikarnika Films Pvt. Ltd …Tiku Weds Sheru…Here’s a piece of my heart. Hope you all like. Filming begins …See you soon in theatres first," she added.

Meanwhile, on the work front, the actor will be seen in 'Manikarnika Returns: The Legend Of Didda', 'Emergency', 'Dhaakad', 'Tejas', and 'The Incarnation: Sita'.