Om Puri has been part of many successful films with remarkable acting. He has also produced several films in the United Kingdom and the United States
FPJ Web Desk 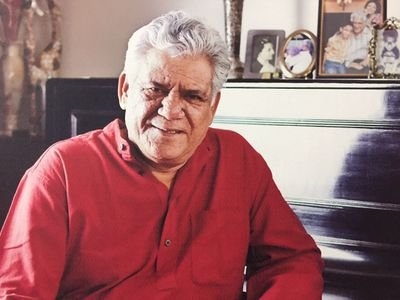 Om Prakash Puri, was born on October 18, 1950, in Ambala. From working at a local tea stall to collecting coal from railway tracks, the late actor worked hard and did everything to support his family.

While contributing for the betterment of his family, Om Puri also continued to study. He somehow managed to join the National School of Drama in Delhi to study theatre acting. Later, fellow NSD student Naseeruddin Shah encouraged Puri to follow him to the Film and Television Institute of India.

Om Puri believed in authentic acting skills and he always wanted to reflect realism on screen.

In 1976, Puri made his debut in the mainstream film genre with a Marathi film ‘Ghashiram Kotwal’ which was based on a Marathi Play.

Om Puri has been part of many successful films with remarkable acting. He has also produced several films in the United Kingdom and the United States. On the 71st birth anniversary of the veteran actor, take a look at some of his best films:

Aakrosh is a 1980 Hindi arthouse film and Om Puri's character was loved by the audience. He won the FilmFare Best Suporting Actor for the film.

The film also won the 'Golden Peacock' for the Best Film at the International Film Festival of India.

Ardh Satya turned out to be a huge changing point in his career. Om Puri played the male protagonist in the film. He won a National Award for Best Actor for his performance in the film.

Jaane Bhi Do Yaaro is a 1983 satirical black comedy. He played a corrupt contractor in the film.

Chachi 420 was a superhit comedy film released in 1997. Om Puri played the role of Banwarilal Pandit in the film and his comic timing was commendable in the film.

My Son the Fanatic