'No chautha? No tervi?': Netizens take umbrage over Akshay Kumar, family flying to London two days after his mom's demise

The actor returned to the UK for the shoot of his new film, bankrolled by Pooja Entertainment.
FPJ Web Desk 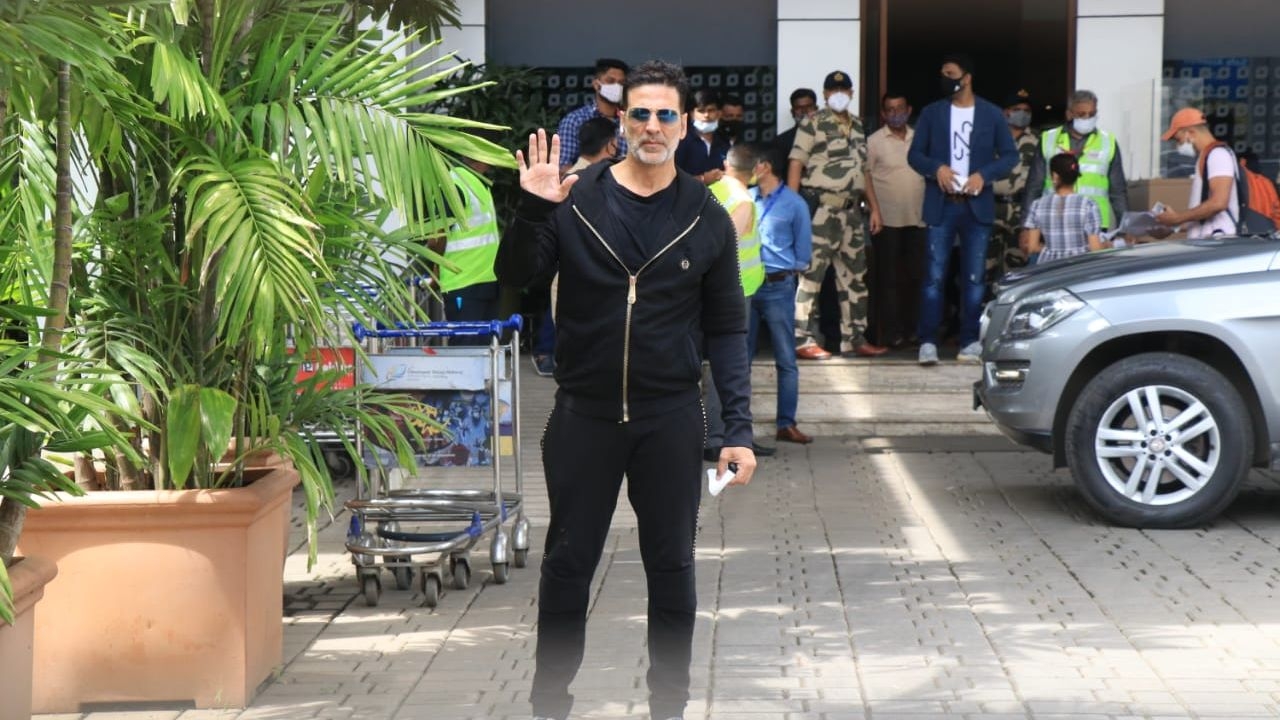 Bollywood actor Akshay Kumar, who has been going through a rough patch after his mother Aruna Bhatia's demise, flew to London on Friday. The actor reportedly returned to the UK for the shoot of his new film, bankrolled by Pooja Entertainment.

On Friday morning, Akshay was spotted with his wife Twinkle Khanna and kids Aarav and Nitara at the Klaina airport before they boarded a private plane.

At the airport, Akshay even posed for the paparazzi.

The videos have received backlash from a section of netizens who are apparently disappointed with Akshay's decision of resuming work just two days after his mother's demise.

A user wrote, "They don't have humanity completely shameless people."

Another asked, "No chautha? No tervi?"

Check out the comemnts here:

The actor, who lost his mother a day before his birthday, had taken to Twitter to announce the sad news of his mother's demise.

"She was my core. And today I feel an unbearable pain at the very core of my existence. My maa Smt Aruna Bhatia peacefully left this world today morning and got reunited with my dad in the other world. I respect your prayers as I and my family go through this period. Om Shanti," Akshay wrote.

For the unversed, Akshay was shooting for the same project in the UK for the past couple of weeks.

He was last seen in the spy thriller 'BellBottom', which also starred Lara Dutta Bhupathi, Vaani Kapoor and Huma S Qureshi. The film was the first major Hindi movie to release in theatres after the second wave of COVID-19.

Apart from this, Akshay has films like 'Raksha Bandhan' with Bhumi Pednekar, 'Bachchan Pandey' co-starring Kriti Sanon and 'Atrangi Re' also featuring Dhanush and Sara Ali Khan, in the pipeline. 'Life goes on': Akshay Kumar to fly back to London and resume shoot for Ranjit Tiwari’s spy...