Deepika has worked with Jiah in the 2010 film "Housefull" with an ensemble cast including Arjun Rampal, Riteish Deshmukh, and Lara Dutta.
FPJ Web Desk 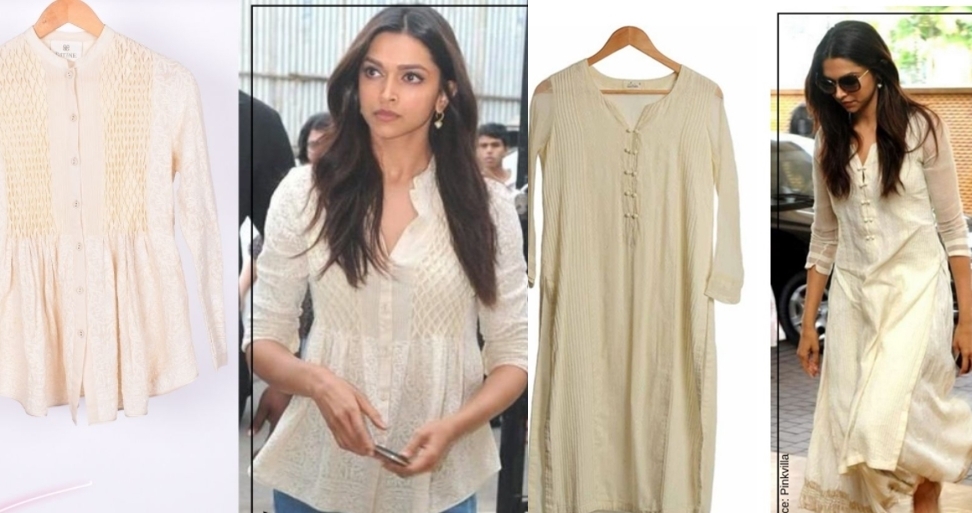 Bollywood actor-producer Deepika Padukone has left netizens in shock after she put up certain outfits for sale on her website.

The actress, who often shares her clothes and accessories to auction as a means to obtain contributions for her Live Laugh Love foundation, is now facing social media backlash.

A Twitter user went on to state that Deepika has put up clothing items she wore at actress Jiah Khan’s funeral and Priyanka Chopra’s father Ashok Chopra’s prayer meet. Both events took place in 2013.

Deepika has worked with Jiah in the 2010 film "Housefull" with an ensemble cast including Arjun Rampal, Riteish Deshmukh, and Lara Dutta.

She has also shared screen space with Priyanka in the 2015 film "Bajirao Mastani".

Reacting to the same, one user wrote, “Such a cheap act.. For everything they go for donations with PR all over but she couldn’t even donate her old clothes?? What kind of ppl go and buy these second hand stuff.. crazy ..”

“Now with this revelation if she goes in depression & starts writing blogs, doing Ted talk, unscripted interviews for magazine, tv on Depression then the entire blame will be on you... How insensitive?” added another.

One user commented, “They'll do anything to swallow bucks! We middle-class folks give away clothes every now and then. And then too, we're sensitive of what we pass on, what state the clothes are in, and how old/new they are. India survives on our taxes and our charities.”

Check out the tweets below.

Meanwhile, Deepika has a busy year ahead. She will be seen in Shakun Batra's upcoming yet-untitled film that also stars Siddhant Chaturvedi and Ananya Panday.

Recently it was reported that Padukone has been sacked from Sanjay Leela Bhansali's 'Baiju Bawra' for demanding equal remuneration as her husband Ranveer Singh, who is playing the titular role in the musical drama.

Buzz is that Deepika had demanded equal pay as Singh. However, Bhansali turned down the request.