Neha Dhupia is celebrating her 41st birthday on 27th August on 2021. The actress is all set to be a mother again.
FPJ Web Desk 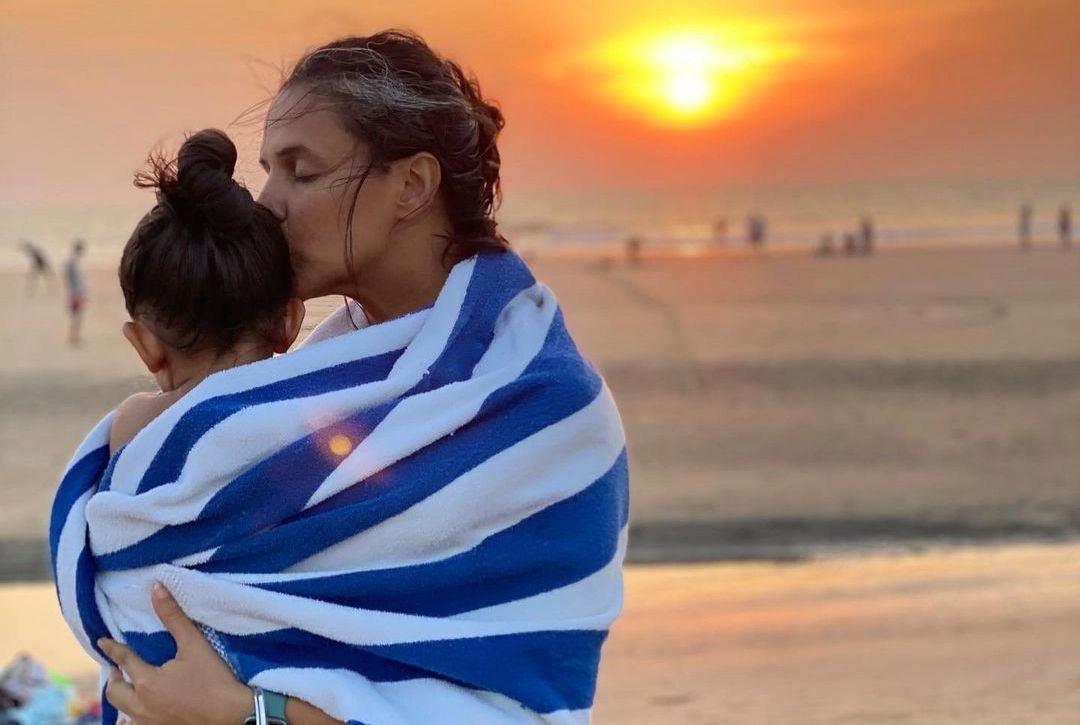 Neha Dhupia is a model turned actress in Bollywood. She was born on 27th August 1980 in Cochin, Kerala. She belongs to a Sikh family. She made her Bollywood debut with film Qayamat: The City under treat. She was crowned with the Beauty pageant of Miss India in 2002. In the same year she was also amongst the top 10 girls in the run of Miss Universe. Neha grabbed a lot of eyeballs with her film JULIE.

After struggling and working hard, over the years she has marked her space in Bollywood. She is proved herself with significant supportive roles in films like Tumahari Sulu. She was appreciated and awarded with the Screen Award for Best Supporting Actress for her performance in the film.

Not many know that she faced the camera for the first time as child artist in 1994 with the Malayalam Film Minarama. She has also worked in other regional languages such as Tamil, Telugu, Punjabi and a Pakistani film. She also added a Japanese film to her basket with Ninja Densetsu in 2000.

Neha tied the knot with actor Angad Bedi on 10th May 2018 in an intimate wedding ceremony. In the same year on 18th November, she gave birth to a baby girl Mehr.

Even after becoming a mother, she didn’t stay away from the showbiz. She continued working in several shows and films. Despite fulfilling her work commitments, she never failed to nail it as a dotting mother. She made sure there plenty of Joyful and cherishable moments with her daughter.

As Neha celebrates her 41st Birthday on 27th 2021. There are some absolutely fabulous pictures with her daughter that you can’t miss.

Neha experiencing the magic hour with her Mehr.

This picture is from one of their family vacation. Neha can be seen spending quality time with her daughter.

The pure love and bond can be seen as she celebrates her daughter's 4 months.

It's time for some colors, the dotting mother can be seen celebrating Holi with the little one.

The art work done so rightfully.

Her daughter Mehr would soon be turning 3 and Neha is pregnant with her second child. Surely she loves embracing motherhood.

On the work front, she is also playing the role of a pregnant cob in upcoming movie 'A Thursday'. 'Somewhere between breathlessness, backache, and burps': Pregnant Neha Dhupia on dubbing for action...