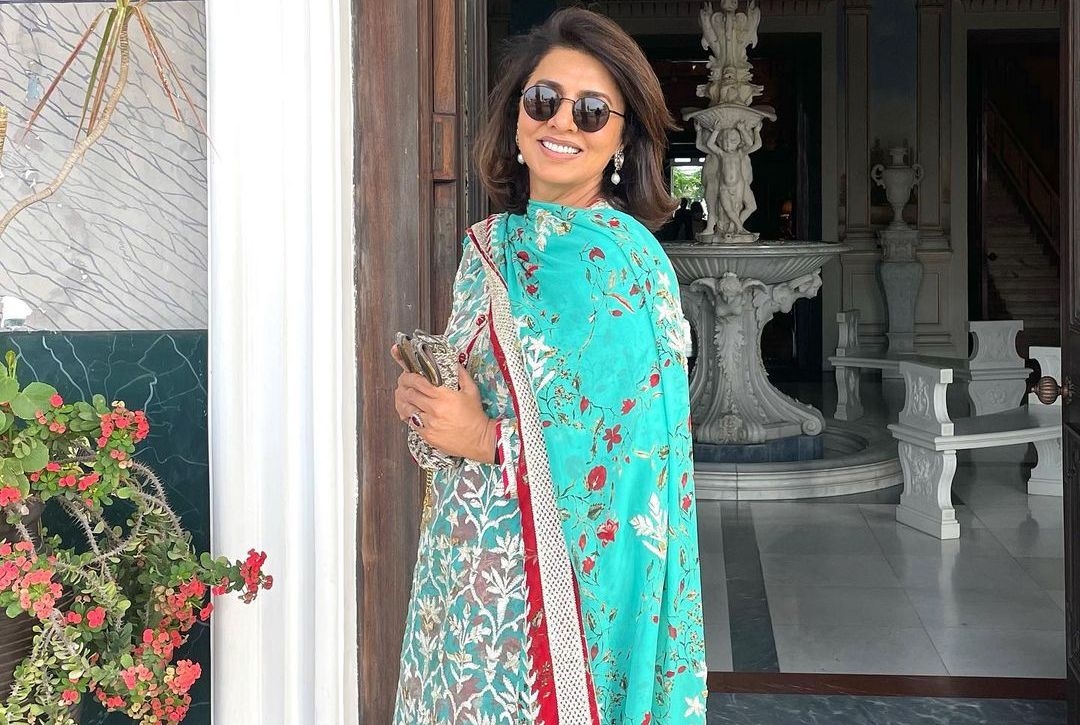 However, it was veteran actress Neetu Kapoor, who stole the show with her age-defying charisma. Clad in a teal sharara, she shared pictures from the wedding celebrations on Instagram with the caption, “Going with the flow #everydayisablessing #friends #love #valuerelationships #thankyougod”.

Kapoor has been a part of the Hindi film industry for over five decades now. She was last seen on screen in the 2013 film "Besharam", which featured Rishi Kapoor and their son Ranbir Kapoor.

She is now set to make a comeback with the new film "Jug Jugg Jeeyo", which also stars Anil Kapoor, Varun Dhawan and Kiara Advani.

Meanwhile, Rumy Jafry awaits the release of the Amitabh Bachchan-Emraan Hashmi starrer "Chehre" that was postponed due to COVID-19 restrictions. A new date for the mystery thriller is yet to be announced.

The film also stars Rhea Chakraborty. This will be her first release after her boyfriend actor Sushant Singh Rajput's death. 'She will treat Ranbir's wife like a queen': Riddhima says Neetu Kapoor will be a 'fab...