'My warrior, I love you the most': Rhea Chakraborty wishes brother Showik on his birthday, shares unseen pics 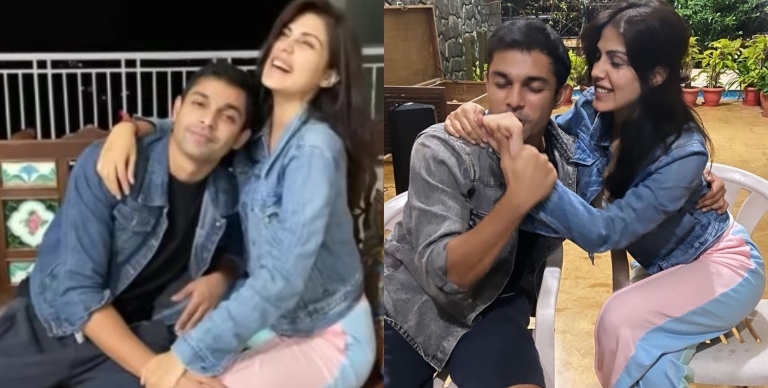 'My warrior, I love you the most': Rhea Chakraborty wishes brother Showik on his birthday, shares unseen pics |

Bollywood actress Rhea Chakraborty took to her Instagram to share sweet birthday note for her younger brother Showik, who was arrested in a drug case last year after the death of her boyfriend Sushant Singh Rajput.

Rhea shared some adorable pictures with her younger brother on her Instagram story. A boomerang shared by the 'Chehre' actress showed the sibling duo seated on a swing.

Sharing it, she wrote: "Happy birthday to my everything. My warrior, I love you the mostest." 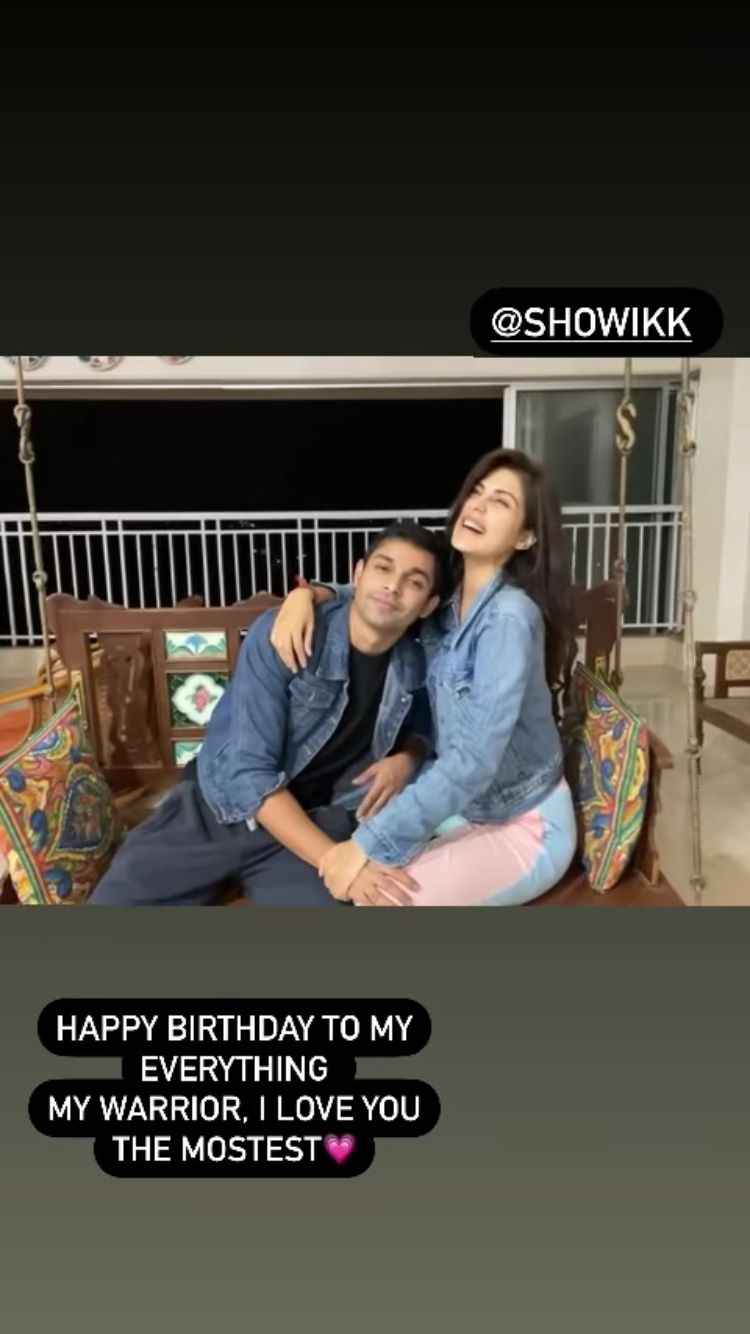 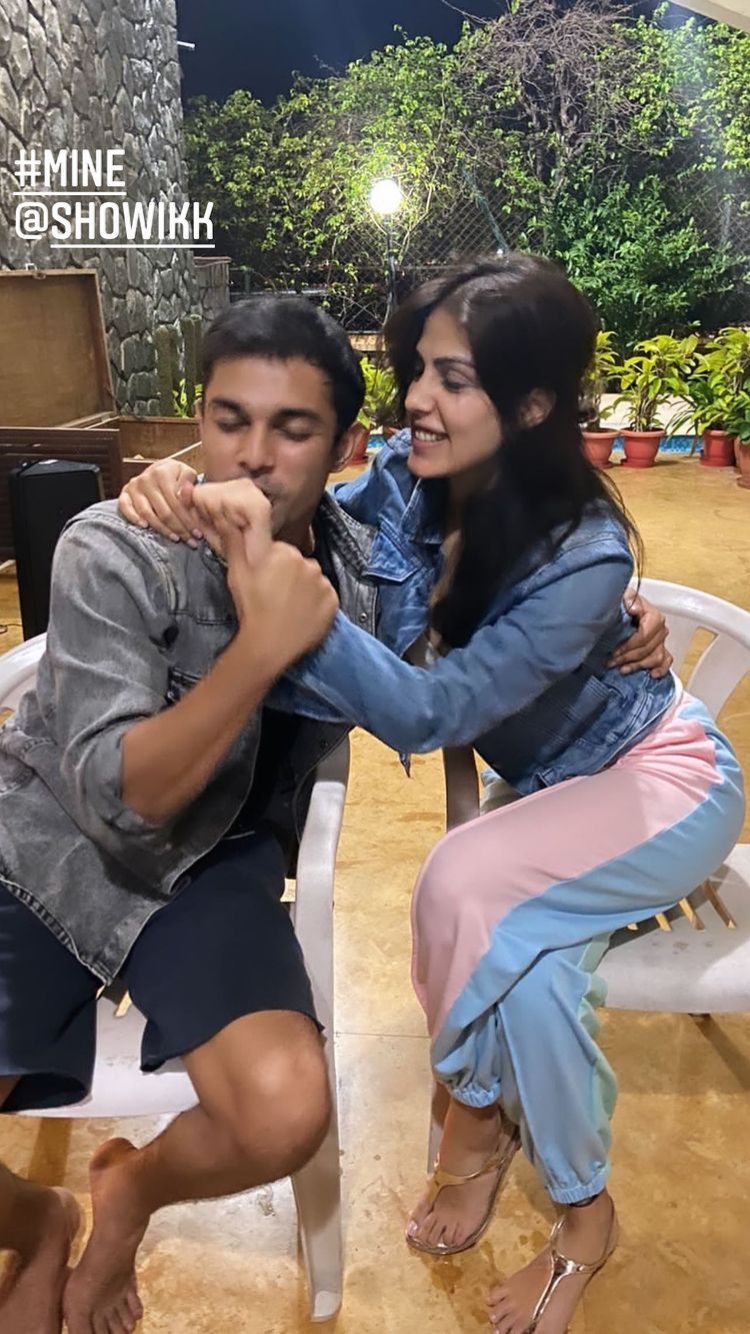 Rhea Chakraborty and her brother Showik were arrested by the Narcotics Control Bureau last year in a drug case related to Sushant Singh Rajput's death. 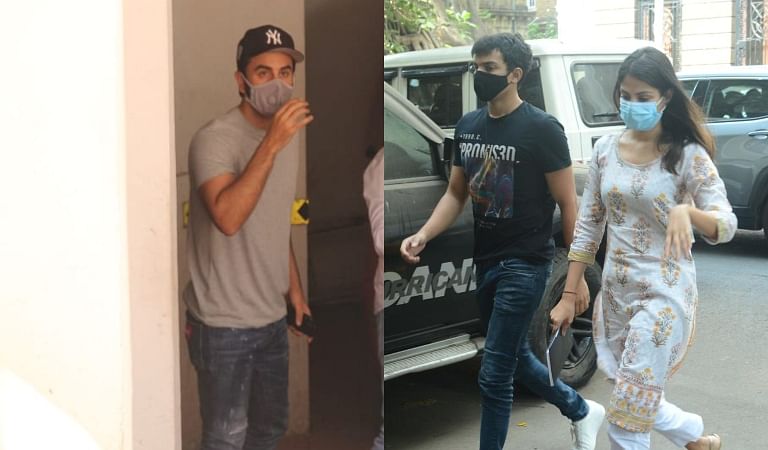 Earlier this year, the Narcotics Control Bureau (NCB) filed a charge-sheet before a special court in Mumbai in a case related to drugs angle in the death of filmstar Sushant Singh Rajput last year, naming 33 accused, including actor Rhea Chakraborty and her brother Showik.

The over 11,700-page charge-sheet, detailing drugs seizures, collection of various evidences and investigation done so far, was filed before the special court set up under the Narcotic Drugs and Psychotropic Substances (NDPS) Act in March.

The voluminous document named 33 persons as accused in the case, including Rhea Chakraborty (who was said to be in a relationship with Rajput), her brother Showik, and contained statements of over 200 witnesses. Meanwhile, on the work front, Rhea recently featured in 'Chehre'. The film is directed by Rumi Jaffery and also features actors like Emraan Hashmi, Amitabh Bachchan, Krystle D'Souza, Annu Kapoor, and Siddhanth Kapoor among others.

It was supposed to release in 2020 but got delayed due to the ongoing coronavirus pandemic.