Kangana Ranaut's team on Wednesday had shared screenshots of Rangoli Chandel's - Ranaut's sister and manager - WhatsApp chat with Mumbai Police official and said that no formal notice had been sent to the actress.
FPJ Web Desk 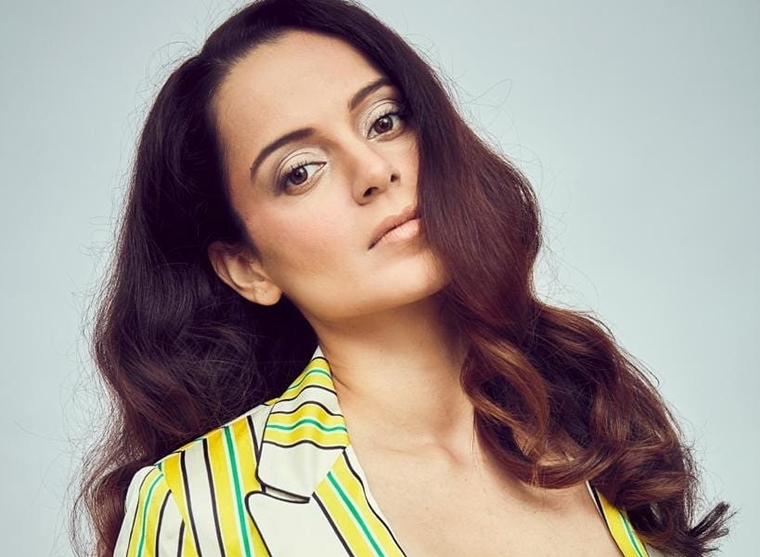 Kangana Ranaut's team on Wednesday had shared screenshots of Rangoli Chandel's - Ranaut's sister and manager - WhatsApp chat with Mumbai Police official and said that no formal notice had been sent to the actress. On Saturday, the actress' lawyer Ishakaran Singh Bhandari confirmed that the actress has received a notice from the police.

He tweeted, "Mumbai Police had sent a Notice at Ms Kangana Ranaut’s Mumbai residence. I have sent reply on her behalf , she is committed to helping in getting Sushant Singh Rajput Justice. Hopefully Mumbai Police will co-operate."

Kangana Ranaut's team on Wednesday had shared a screenshot of Rangoli's chats with the cops. They tweeted, "There is no formal summon sent to Kangana , Rangoli keeps getting casual calls from the cops for past 2 weeks, Kangana wants to record statement but we don’t get any response from @mumbaipolice, Here’s a screenshot of message Rangoli ji sent to @mumbaipolice."

In the chat, Rangoli was seen asking the Mumbai Police official to send the questions to Ranaut, in order for her to record a statement that could help late actor Sushant Singh Rajput get 'justice'. Ranaut is currently in Manali.

"In an attempt to understand the reason behind Rajput's depression, police want some inputs from Kangana Ranaut. Accordingly, we sent summons to her by post at her residence in Manali on Friday," the police official told ANI.

"Police may ask Ranaut to give her inputs about the possible reason behind Rajput's extreme step," he said.

On July 3 also, police had tried to summon Ranaut back to the city and record her statement, the official said. In a recent interview with Arnab Goswami, Kangana Ranaut had called the Mumbai police's investigation into the late actor's suicide a 'sham'. She said, "Why is Mumbai Police not summoning — Aditya Chopra, Mahesh Bhatt, Karan Johar, Rajeev Masand? These 4 people. Why, because they are powerful?"

A day after Sushant Singh Rajput's suicide, Kangana Ranaut had released a two-minute video speaking highly of the deceased actor and accusing certain sections of the film industry of not acknowledging the star's talent.

She had also said that some of the last social media posts by the actor made it evident that he was struggling to survive in the industry.

According to the police, statements of 40 people, including film critic Rajeev Masand, director-producer Sanjay Leela Bhansali, and filmmaker Aditya Chopra have been recorded in the investigation so far.

Rajput was found dead at his Mumbai residence on June 14. Subramanian Swamy to assist Kangana Ranaut with legal rights if Mumbai Police summon her for...