Rupali, who currently plays the lead in 'Anupamaa', recently celebrated her son Rudraansh's birthday and shared an adorable picture with him.
FPJ Web Desk 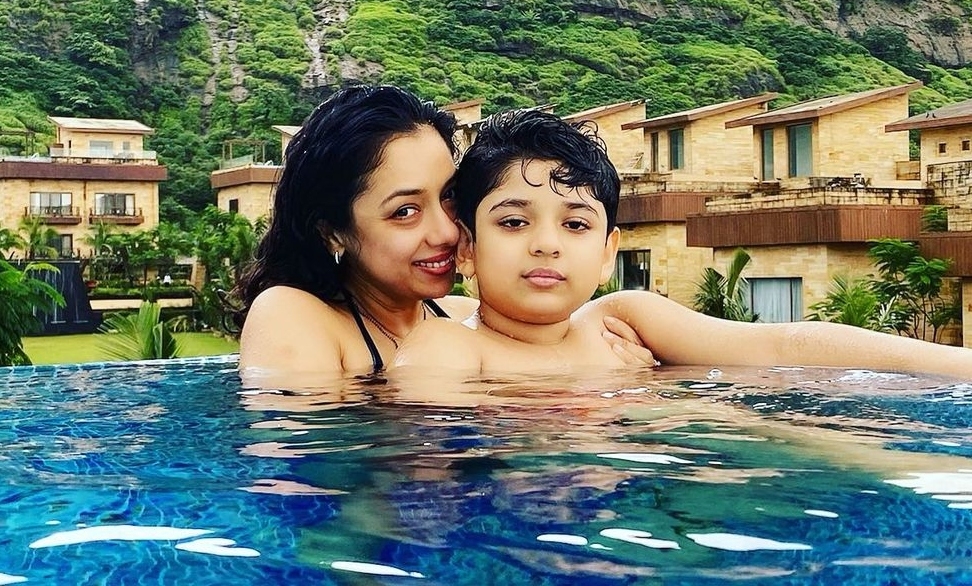 TV actress Rupali Ganguly, known for featuring in pouplar shows such as 'Sarabhai Vs Sarabhai', 'Sanjivani', 'Bigg Boss' and 'Anupamaa', responded to reports of her viral 'bikini' picture.

Rupali Ganguly, who currently plays the lead in 'Anupamaa', is quite active on social media and often treats her fans to behind-the-scenes pictures and videos from the sets.

She recently celebrated her son Rudraansh's birthday and shared an adorable picture with him. In the photo, the mother-son duo were seen enjoying in a pool together. The 43-year-old actress is seen wearing a black swimsuit in the picture.

Soon after the post, several reports of Rupali wearing a 'bikini' went viral on social media.

On Friday, Rupali Gnaguly took to her unverified Twitter handle to react to the same and called out the media for 'wrong reporting.'

Rupali Ganguly became a household name with the show 'Sarabhai vs Sarabhai'. After giving birth to her son, Rupali had taken a break from work.

Meanwhile, the show Anupamaa has been ruling the charts ever since it premiered last year. It remained on top of the BARC listing for most-viewed Hindi shows.

However, earlier in May, the ratings slid down, triggering rumours that the show may go off air.