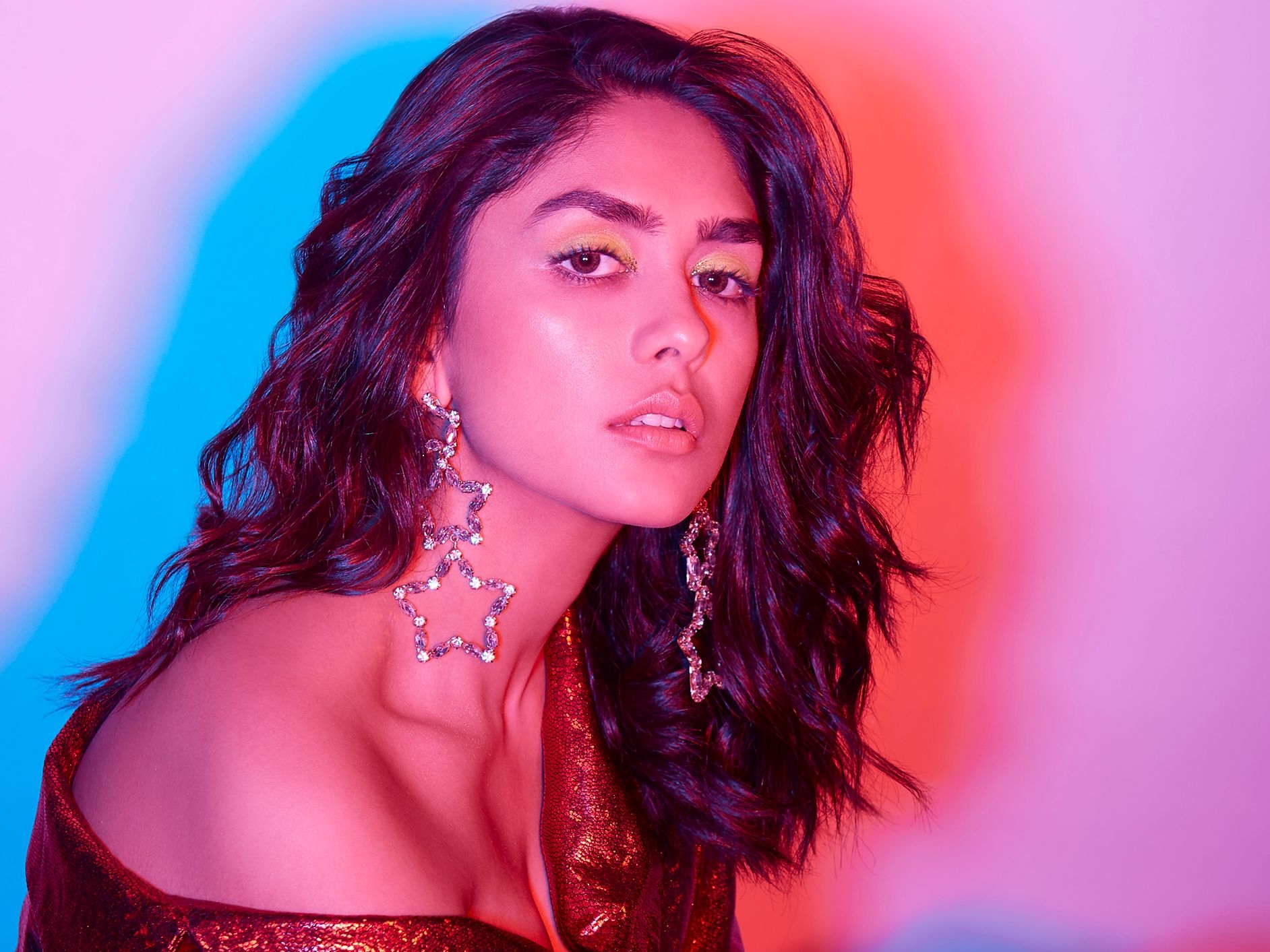 Mrunal Thakur is channelling her brand of feminism in her movie projects. Apart from playing a strong female lead in Rakeysh Omprakash Mehra’s Toofan, she is also giving voice to India’s first woman superhero, Priya.

Priya, introduced to audiences in 2014 in the augmented reality comic book, ‘Priya's Shakti’, two years after the terrible gangrape on a bus in New Delhi, shattered social stigmas surrounding rape survivors. The series has so far focussed on issues like rape, acid-attacks, and sex-trafficking. The fourth edition, titled ‘Priya’s Mask’, tackles the unprecedented global COVID-19 pandemic.

Mrunal, a self-proclaimed comic book fan, said: “This is the first time I am lending my voice to a character especially to a superhero. I have always aspired to be that superwoman who spreads awareness around social issues. I really wish Priya grows from strength to strength here on.”

This time, Priya will be escorted by the flying tiger, Sahas voiced by Vidya Balan. Mrunal, who had recorded for the project over zoom calls while she was shooting for Jersey in Dehradun, further said, “Characters like Priya and Sahas are putting forth the message of how we need the world to become a more inclusive place to live in. I want to tell children of frontline workers that even though their parents aren’t wearing capes, they are heroes in their own ways. They too are saving lives and taking care of the nation.”

The project will see Priya join forces with her Pakistani counterpart, Burka Avenger and fight the deadly virus. To be released on December 2, this is as an augmented reality comic book, the instalment is paired with an animated short film featuring the voices of feminist leaders from the US and India.

“Love Sonia helped me in my evolutionary journey as a human and as an actor as it allowed me to empathise more strongly with the miseries of the feminine community. I realised I imbibed the power to positively impact community thinking with my work and that will be a constant endeavour for me,” the actor said.

Apart from this, the Mrunal will be next seen in Rakeysh Omprakash Mehra’s “Toofan” alongside Farhan Akhtar. She recently stressed the need for having strong women characters in Bollywood movies as well. “There are very few filmmakers who envision a story that gives its women characters an equal footing. In the best of Rakeysh’s works, one can see how beautifully he layers his women. Be it Soha Ali Khan's Sonia in 'Rang De Basanti' or the female characters in ‘Delhi 6’ or 'Bhaag Milkha Bhaag', his women are memorable,” said Mrunal.

Talking about her character in the film, she said, “In Toofan my character is an anchor to the narrative despite not being the driving force of the plot,” before pointing out that her most important learning from the film is that women in new-age narratives aren’t ornamental.