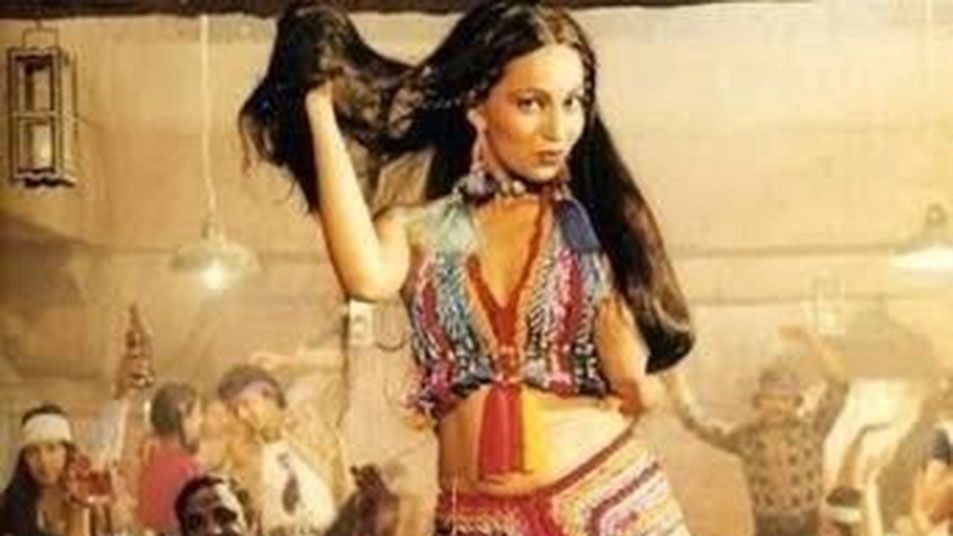 Mention Kalpana Iyer and the chartbuster from Pyaara Dushman, Hari Om Hari, echoes in your ears even after four decades. Speaking from Dubai, the veteran actress who can still make your feet tap and your fingers snap, informs that the song happened to her on the sets of Dev Anand’s Lootmaar, as did several others. “This one remains a distinct memory because it went on to launch me in a big way and changed my career graph,” she reasons.

Kalpanaji informs that she was offered many songs while grooving to Hari Om Hari, pointing out that since Sagar Arts is a big production house and the Sagars (Pyaara Dushman was produced by Subhash Sagar and directed by Anand Sagar) were well-known in the industry and had told a lot of people about her, journalists and producers would swing by Filmistan Studio during the shoot for a glimpse of the new girl dancing to a popular song, quite rare back then. Kalpana Iyer turned out to be a tall, slim, fabulous dancer.

“I had a freestyle spirit and because I’m not a trained dancer, everything was done instinctively and people loved it,” she surprises you by admitting, quick to add that she never interfered or suggested any dance moves, ever. “At times I was left to interpret the moves in my way and only then would I do my own thing.”

Hari Om Hari was not just appreciated for its music and its dance, but also, it’s now iconic costume. Kalpanaji shares that her young and enthusiastic director knew exactly what he wanted and showed their costume designer, Alan Gill, a calendar picture which was his inspiration. “Alan made the dress out of colourful ropes and it remains one of my most favourite costumes till today. He went on to become my permanent dress designer who would give me something new, created from whatever was available, for every film. I give Alan full credit for my differently original wardrobe in films,” she says appreciatively.

A year after Pyaara Dushman came Armaan, and this one had the unforgettable Rambha Ho Ho Ho. Though this film was produced and directed by Anand Sagar, the whole family was involved, including Prem Sagar as the cinematographer. Kalpanaji shares that the white grass skirts Prema Narayan and she wear in the song were bought by her in Fiji. “I gave them to Alan who added his creative touches and designed beautiful flower blouses to go with them.”

The song plays out against the backdrop of a carnival procession, but Kalapanaji informs that Prema Narayan and her portions were shot on two small stages erected in the compound of Natraj Studio in Mumbai. “It was an interesting shoot and brilliantly edited, incorporating shots of the real carnival to create an impression that we were actually in Goa during the time. It was a tribute to life in more ways than one and that people refer to it in the same breath as Hari Om Hari I take as a compliment and enjoy the moment,” she exults, acknowledging the contributions of everyone to her success story, from Anand Sagar and Alan, to choreographers Vijay-Oscar, composer Bappi Lahiri and singer Usha Uthup.

Over the decades she has performed both the songs several times on stage during live shows. “Their popularity continues to this day, wherever I go people shout them out to me, want to talk about them. I can’t sing as beautifully as Ushaji, but I enjoy doing them,” she says with a modesty that is rare and charming.

Two years ago, at a magazine launch in Dubai, Usha Uthup was on stage singing her songs and Kalpanaji was among the special guests. “It was very graceful of Ushaji to call me on stage and I just joined her when she requested me to. And so, the journey continues,” she concludes on a note of satisfaction.