‘Made a mistake but it’s ok’: Shilpa Shetty’s cryptic post as husband Raj Kundra continues to remain in jail

Shilpa shared a quote by Sophia Loren that read, "Mistakes are the part of the dues one pays for a full life."
FPJ Web Desk 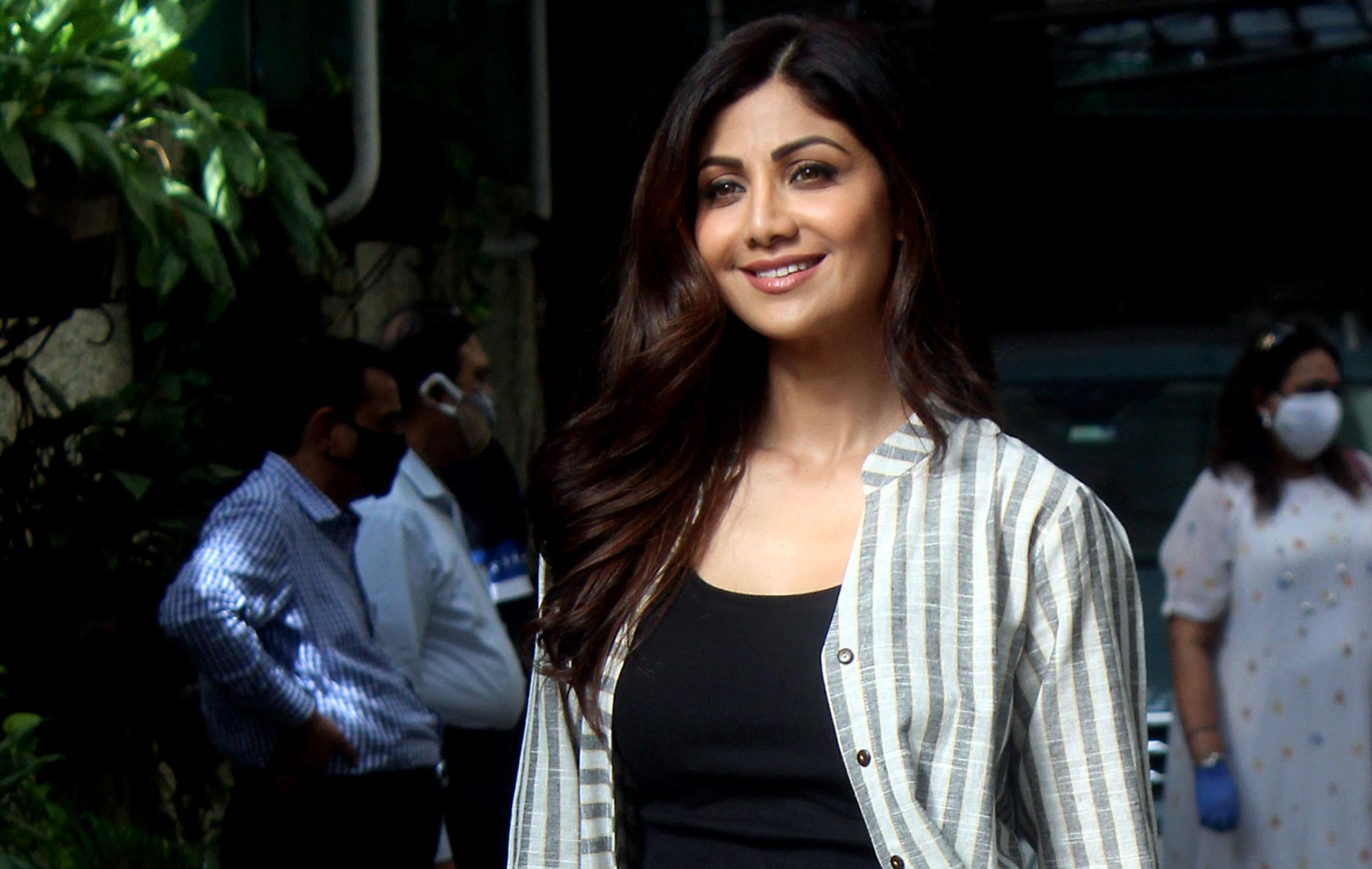 Amid the controversy of her husband Raj Kundra's arrest in pornography case, Bollywood actress Shilpa Shetty shared a post on making mistakes.

Shilpa shared a quote by Sophia Loren that read, "Mistakes are the part of the dues one pays for a full life."

The quote stated, "We can't make our lives interesting without making a few mistakes here and there. We hope that they won't be dangerous mistakes or mistakes that hurt other people. But there will be mistakes. We can see our mistakes as things we'd like to forget or as our most interesting, challenging and stimulating experiences. Not because of the mistakes themselves but because of what we learned from them."

"I'm going to make mistakes, I will forgive myself and learn from them," it concluded.

Shilpa also added a sticker to the post that read, "made a mistake but it's ok." 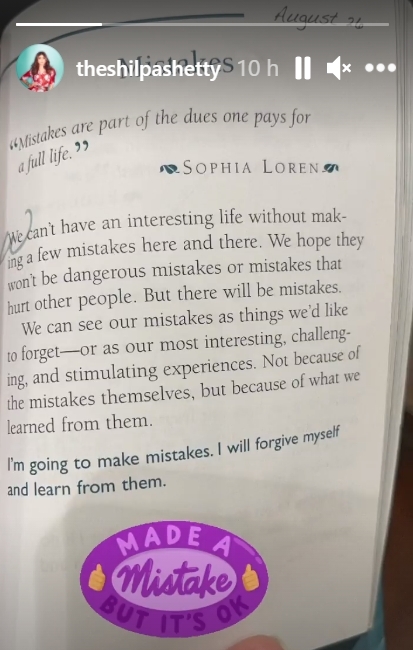 On a related note, Shilpa also made her comeback to the dance reality show 'Super Dancer 4' as a celebrity judge. She was on a break from the show because of the ongoing controversy Kundra's arrest in the pornography case.

On Saturday, the 'Dhadkan' star also shared pictures of a photoshoot from the dance reality show along with a powerful message, "There is no force more powerful than a woman determined to rise." On August 2, Shilpa issued her first statement in reaction to the ongoing controversy stating that the case is sub judice and attributing false quotes on her behalf should be stopped.

The Bollywood actor had posted a statement on Twitter. "Yes! The past few days have been challenging, on every front. There have been a lot of rumours and accusations. A lot of unwarranted aspersions on me cast by the media and (not so) well-wishers as well. A lot of trolling/questions posed... not only to me but also to my family." 'Be your own warrior': Shilpa Shetty Kundra shares yoga video with a motivational message