Taking to her Instagram handle on Saturday, Kriti shared pictures of them replicating the pose from the film
FPJ Web Desk 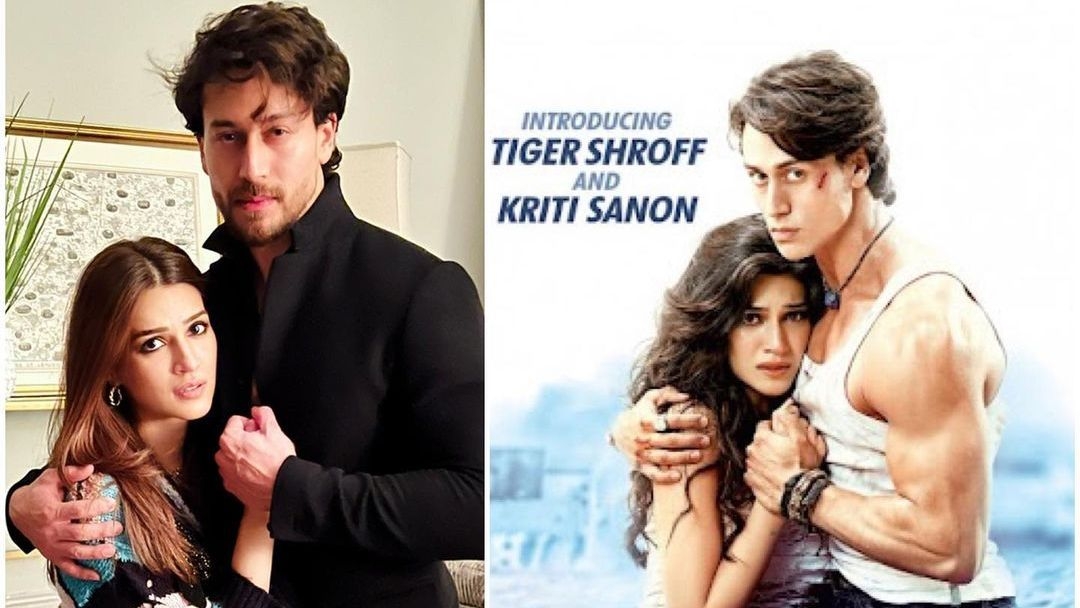 Bollywood actors Kriti Sanon and Tiger Shroff, who recently announced the wrap of the UK schedule of their upcoming film 'Ganapath', recreated their pose from 'Heropanti'.

Taking to her Instagram handle on Saturday, the actress shared pictures of them replicating the pose from the film.

It may be mentioned that 'Heropanti', which released in 2014, was their Bollywood debut film.

"And we tried to recreate what we started with.. but as you swipe right, you'll see the warmth and fondness come alive," Kriti captioned her post. Talking about their journey so far, she penned, "It's been almost 8yrs since we started our journey together! We've both grown, evolved and come a long way.. but deep within, I guess we are still the same! (Just pretending to be more mature versions of the newbies we were)."

She concluded the lovely post by talking about their latest project. "It was such a great feeling to be back on a set with you Tigy! @tigerjackieshroff see you super soon for the next schedule. #Ganapath," she wrote.

Moments after she shared the post, Manish Malhotra, Nupur Sanon and several other celebrities dropped red heart emoticons in the comments section.