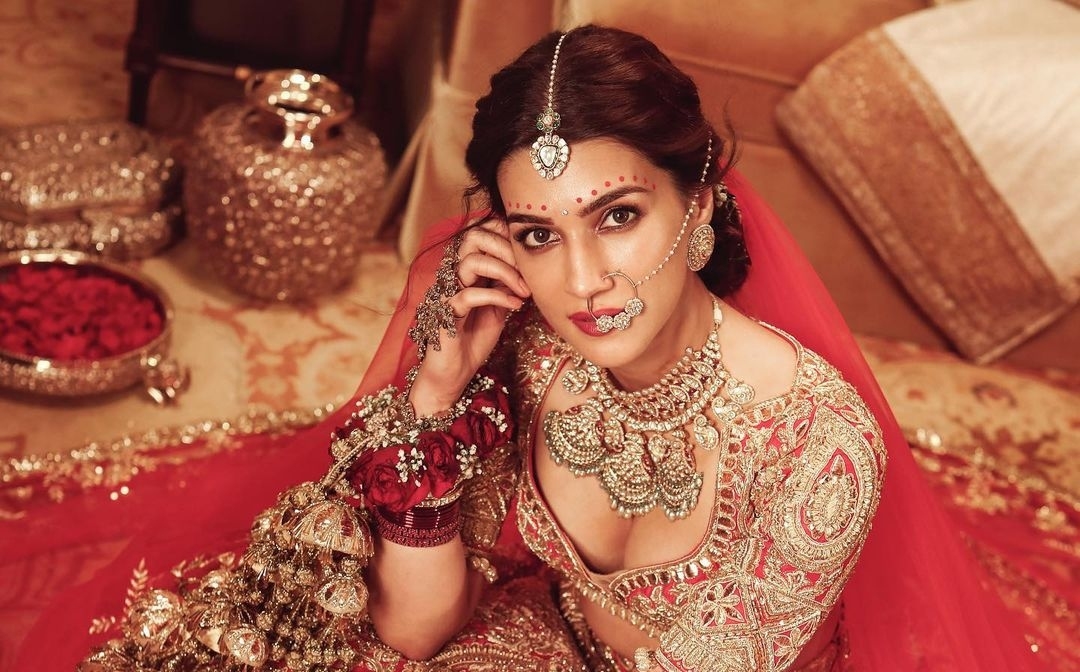 The pictures from the collection show Kriti Sanon in a red and golden embroidered lehenga by the ace couturier. The lehenga with heavy zardozi work and plunging neckline has been paired with a sheer dupatta, maang tikka, a nath, kalera and a choker.

Sharing pictures, Kriti wrote: I think that’s my favorite go-to pose! Playing Muse to @manishmalhotra05! The detailing of this lehenga, the work, is just beyond beautiful Manish! One of my most favourite shoots!"

Another user wrote, "You are going to be the most stunning bride ever."

"OMG what a stunner," commented a netizen. Sanon will be next seen in 'Ganapath' with Tiger Shroff. The film is set to release on December 23, 2022. Touted to be an action-thriller, the film will see Tiger and Kriti sharing screen space again after their debut film 'Heropanti'.

She has her kitty full as her line-up includes 'Hum Do Humare Do', 'Bachchan Pandey', 'Bhediya' and 'Adipurush'. 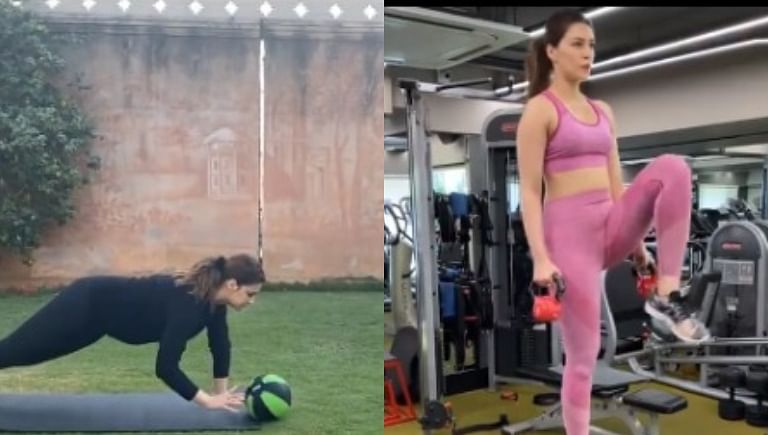