She starred in an English-language film titled 'Mr and Mrs. Iyer', which garnered her a National Award for the Best Actress of the Year
FPJ Web Desk 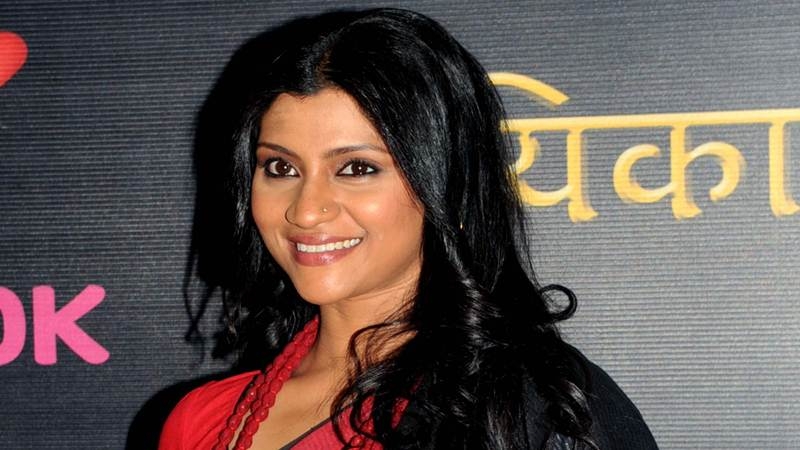 Konkona Sen Sharma is one of the well-known actors who has given many memorable performances throughout her career.

She made her acting debut in Bengali films as a child artist with 'Indira' and as an adult in 'Ek Je Aachhe Kanya'. She starred in an English-language film titled 'Mr and Mrs. Iyer', which garnered her a National Award for the Best Actress of the Year.

Konkona will be celebrating her 42nd birthday on December 3, 2021. Here's a look at some of her best performances:

Mr. and Mrs. Iyer is an english language film written and directed by Aparna Sen, Konkona's mother. The film features Konkona as Meenakshi Iyer, a Tamil Iyer Brahmin who is a Hindu and Rahul Bose as Raja Chowdhury, a Bengali Muslim wildlife photographer. The story revolves around these two lead characters during a fateful bus journey amidst the carnages of a communal strife in India.

'Omkara' is a 2006 crime drama film adapted from William Shakespeare's 'Othello'. It is directed by Vishal Bhardwaj. Konkona played the character of Indu Tyagi, the wicked antagonist’s wife and the tragic protagonist’s sister. Her character struck a chord with the well-known Shakespearean tone. Konkona’s performance is staggering with its balance of shades. She won the Filmfare award for the Best Supporting Actress for this movie.

As an entertainment journalist and Mumbai newbie in 'Page 3', Konkona's character is the image of wonder and disillusionment. Directed by Madhur Bhandarkar, 'Page 3' was a rare female-driven movie of it's time. The film won three National Film Awards.

This movie narrates the lives of nine people living in Mumbai and deals with topics like extramarital affairs, sanctity of marriage, and love. The film was critically acclaimed for its story, screenplay, music and performances of the ensemble cast. Konkona won another Filmfare award for Best Supporting Actress for this movie.

'Wake Up Sid' is a coming-of-age comedy drama film. The film takes place in contemporary Mumbai and tells the story of a careless, rich brat, Siddharth Mehra, played by Ranbir Kapoor, a college student who is taught the value of owning up to responsibility by Aisha, played by Konkona, an aspiring writer from Kolkata.

'Ek Thi Daayan' is a supernatural thriller film directed by Kannan Iyer, adapted from the short story Mobius Trips by Mukul Sharma. Konkona plays the role of Diana, one of the ‘daayans’. Even though she appears only in the first half of the movie, the “Ready or not” doomed hide-and-seek game is an iconic scene, not many can forget.

Konkona nails the look of grief as the mother in the dramatised version of Noida’s infamous double murder case. The film follows the investigation of a case from three different perspectives in which her parents are either guilty or innocent of the murder charges by the police investigation, the first Central Bureau of Investigation (CBI) probe and an investigation by a different CBI team.

This movie shows the secret lives of four women who are in search of their freedom. Even after facing all the odds and obstacles in their way, they still manage to find their way to claim their desires through small acts of courage. The film was initially denied a release in India in January 2017. The film premiered at the Tokyo and Mumbai Film Festivals, where it won the Spirit of Asia Prize and the Oxfam Award for Best Film on Gender Equality.

'Ajeeb Daastaans' is an anthology film. Neeraj Ghaywan’s 'Geeli Pucchi' is by far the most accomplished of the four 'Ajeeb Daastaans' segments, largely because Konkona delivers a fantastic performance as Bharti Mandal, a queer Dalit factory worker, confronting the concepts of caste, class, gender and sexuality all at once.