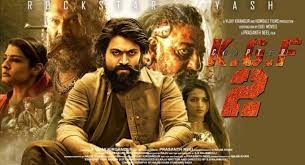 Mark your calendars as the release date of the much-awaited action film 'KGF: Chapter 2' is out. After suffering a release delay, the movie is now set to come out in theatres on April 14, 2022.

Indian film critic and trade analyst Taran Adarsh confirmed the news on his Instagram handle in a post captioned as, "#KGF2: 14 APRIL 2022 RELEASE... Team #KGFChapter2 finalises the release date: 14 April 2022... Stars #Yash, #SanjayDutt, #SrinidhiShetty and #RaveenaTandon... Directed by #PrashanthNeel... Produced by #VijayKiragandur. #KGF2onApr14." The movie was earlier supposed to be released in July this year but was postponed due to the coronavirus pandemic in the country.

For the unversed, Sanjay Dutt will be seen essaying the role of the antagonist Adheera in 'KGF: Chapter 2', which is a follow-up of the Kannada blockbuster 'KGF: Chapter 1'.

Starring South star Yash in the lead, the first part's narrative follows an underdog who later becomes a dangerous gangster. The upcoming sequel is said to follow the power struggle between Rocky (Yash) and Adheera (Sanjay).

Apart from Yash and Sanjay Dutt, the movie will also star Bollywood actor Raveena Tandon in the lead role.

Helmed by Prashanth Neel, the film will also feature Srinidhi Shetty in a lead role. The first installment of the film was also directed by Neel.