Katrina Kaif to marry Vicky Kaushal? Now, even Akshay Kumar thinks she is ready to tie the knot – watch video

The rumours of Vicky Kaushal dating Katrina Kaif have been doing the rounds for quite some time.
FPJ Web Desk 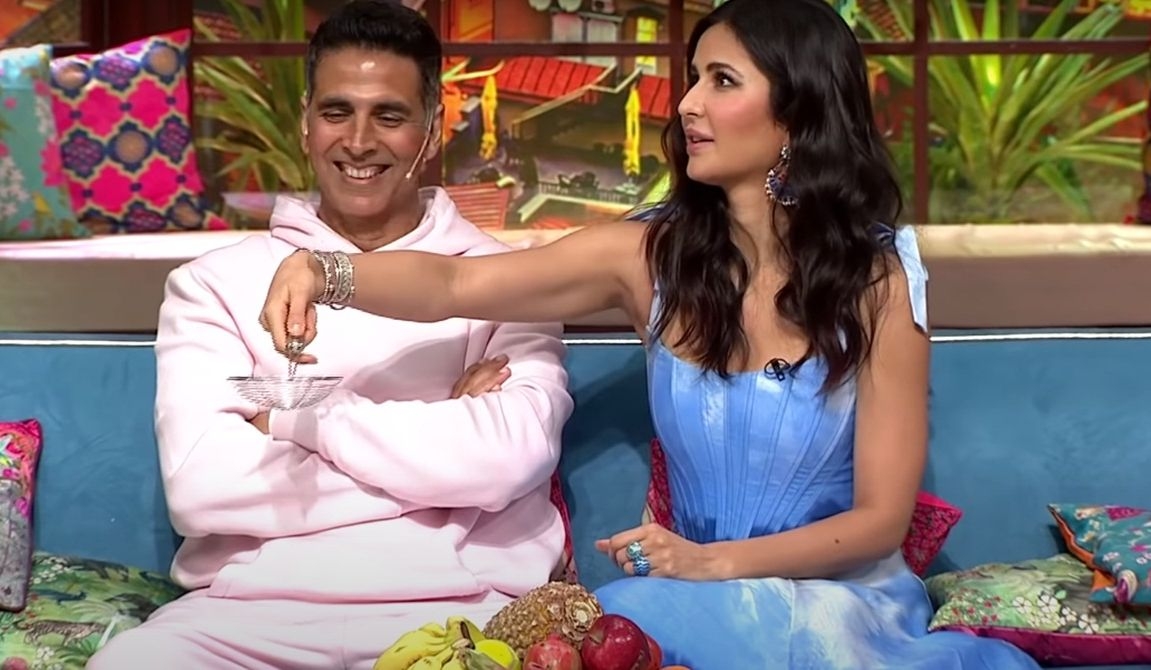 Bollywood actors Akshay Kumar and Katrina Kaif were the latest guests on 'The Kapil Sharma Show' to promote their film ‘Sooryavanshi’.

The show released an ‘uncensored’ video in which Katrina can be seen naming every utensil and its purpose.

Kapil begins, “Did you know that Katrina did a lot of work during the lockdown? She was busy in the kitchen cooking, she was cleaning the house. Today we take your test. I have called for a few things.”

The actor-comedian introduced a make-shift kitchen and pinked up utensils like ladle, grater, tongs and strainer among others. Katrina managed to get most them right, to which Kapil said, “Sara kuch pata hai yaar (She knows everything).”

Following this Akshay announced that she is ready for marriage.

The rumours of Vicky Kaushal dating Katrina Kaif have been doing the rounds for quite some time.

According to a report by IANS the two had a very private 'roka' ceremony during Diwali. It took place at the home of filmmaker Kabir Khan. Katrina considers Kabir to be like her brother, which may be the reason why she chose to have the ceremony at his place in a close-knit affair that did not extend beyond immediate members of the two families.

Katrina is reported to have been joined by her mother Suzanne Turquoette and sister Isabelle Kaif, Vicky's side was completed by his mother Veena Kaushal, his father, the renowned action director Sham Kaushal, and the actor's brother Sunny.

Diwali being an auspicious day, the two families decided to make the most of the occasion by organising the ceremony, with Kabir and his wife Mini Mathur playing the hosts. The big buzz now is that the actors will tie the knot in Rajasthan later this December, but they haven't sent out any invites, nor made any phone calls to friends.

On the work front, Katrina will resume shooting for 'Tiger 3'.