Kartik Aaryan shares intriguing poster of 'Dhamaka'; trailer to be out on October 19

Directed by Ram Madhvani, 'Dhamaka' will stream on Netflix
ANI 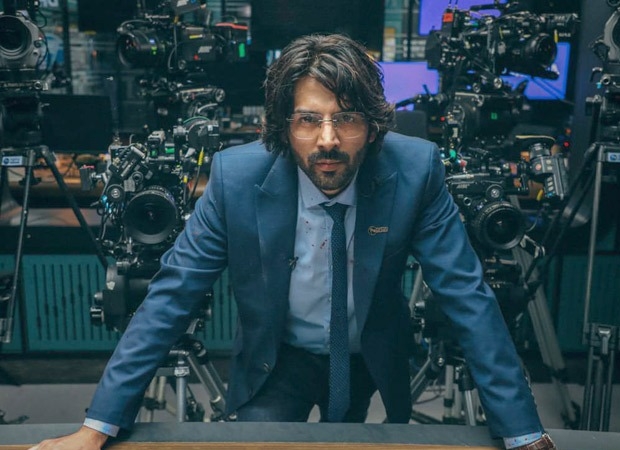 Bollywood actor Kartik Aaryan is all set to create dhamaka with his upcoming film 'Dhamaka', which is scheduled to release on November 19 this year.

Directed by Ram Madhvani, 'Dhamaka' will stream on Netflix. Also, the first official trailer of the film wil be out on Tuesday.

As per a statement, 'Dhamaka' follows the story of an ambitious ex-news anchor Arjun Pathak, played by Kartik, who is given another chance to go live on prime-time television when a terrorist calls him with a bomb threat. Little does he know that this call will change his life and throw him into a fast-paced game of betrayal.

Amruta Subhash, Vikas Kumar and Vishwajeet Pradhan are also a part of the upcoming movie. Actor Mrunal Thakur has a special appearance in the film.