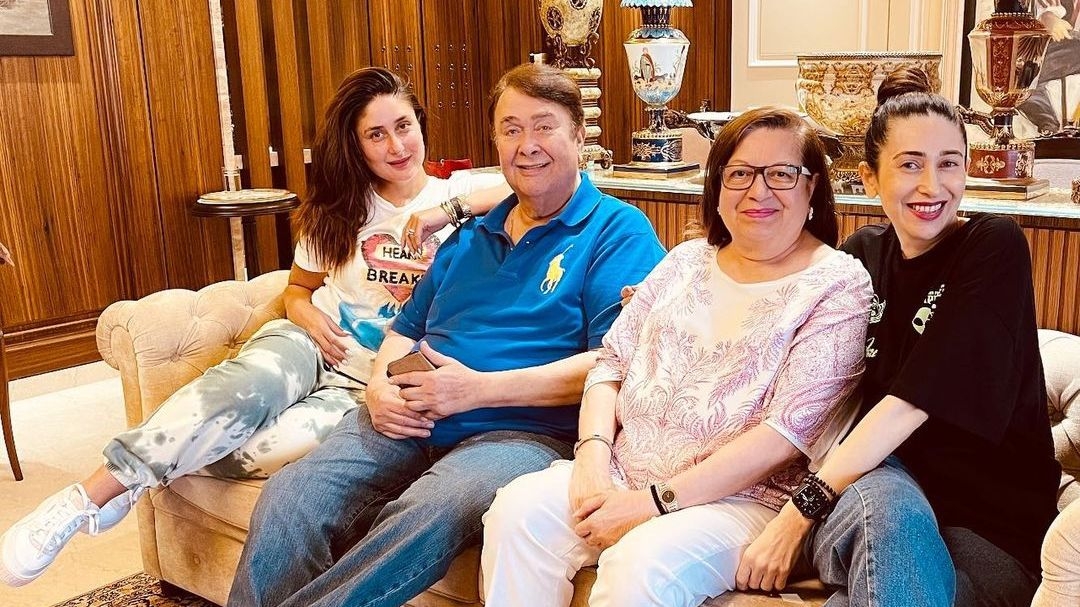 Seems like Bollywood diva Kareena Kapoor Khan is making the most out of her weekend. On Saturday, Kareena cherished some family time with her parents and sister Karisma Kapoor at her father Randhir Kapoor's house in Bandra.

Bebo took to her Instagram handle and shared a picture in which she can be seen posing for a perfect family picture with her father Randhir Kapoor, mother Babita Kapoor and sister Karisma.

Sharing the picture, she wrote, "My World," with a red heart emoticon in the caption.

Earlier in the day, Kareena, who is one of the most active social media celebrities, shared an adorable picture with her son Taimur Ali Khan.

The selfie features Kareena donning a white T-shirt that says, "Heart Breaker" as she posed with her son making cute expressions in the picture. Alongside the snap, Bebo wrote, "What's on my t-shirt Tim? You," with red heart emoticons. 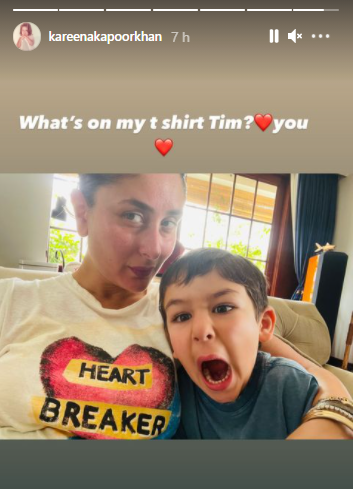 Kareena was also seen carrying her newborn son Jeh in her arms as they stepped out of their house in the afternoon to visit her father, Randhir Kapoor. 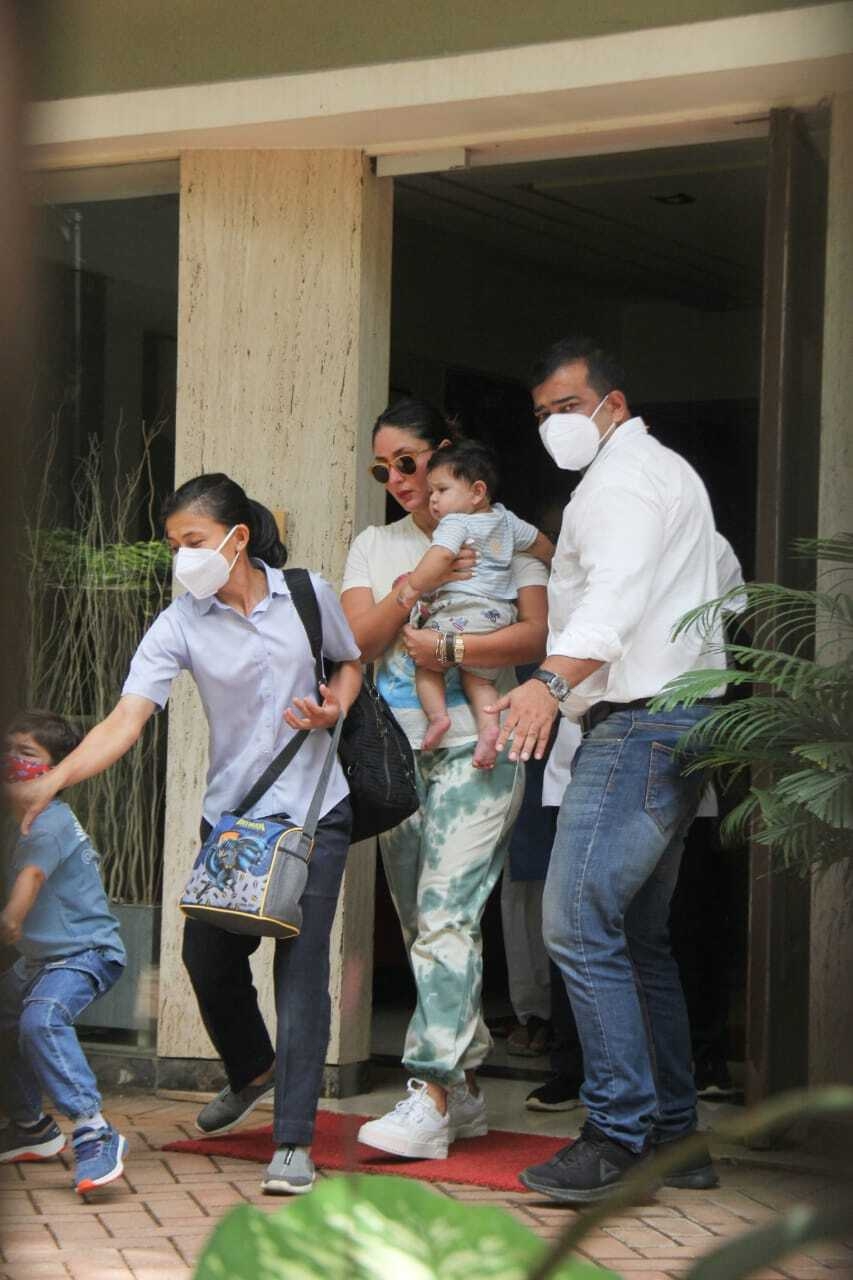