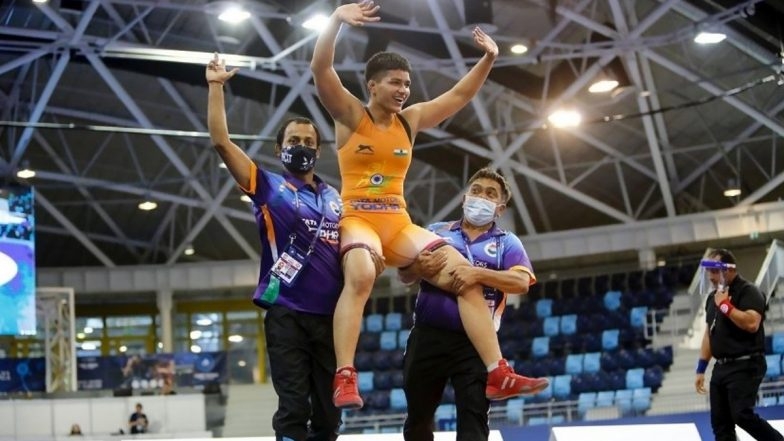 Actor Abhishek Bachchan tweeted, "Another champion making us all proud Flag of India. Heartiest congratulations to #PriyaMalik on winning the Gold medal in the World Cadet Wrestling Championship."

Actress Kareena Kapoor Khan took to her Instagram story and lauded Priya on her achievement. 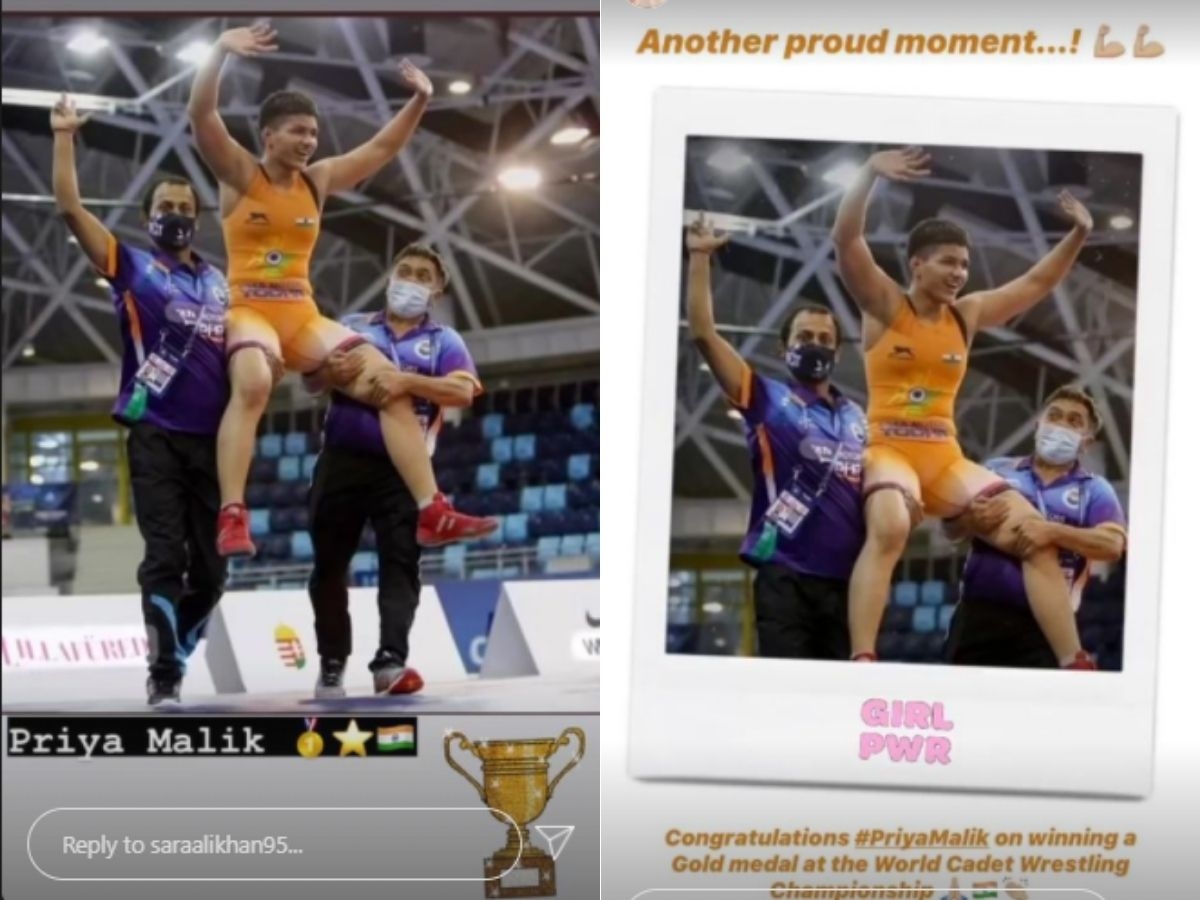 Sara Ali Khan has also extended her congratulations to Priya. She posted a few emojis of the trophy and gold medal on her Instagram story. "Congrats," Sara posted.

Actors Sagrika Ghatge and Sanjay Kapoor among many others have congratulated Priya.