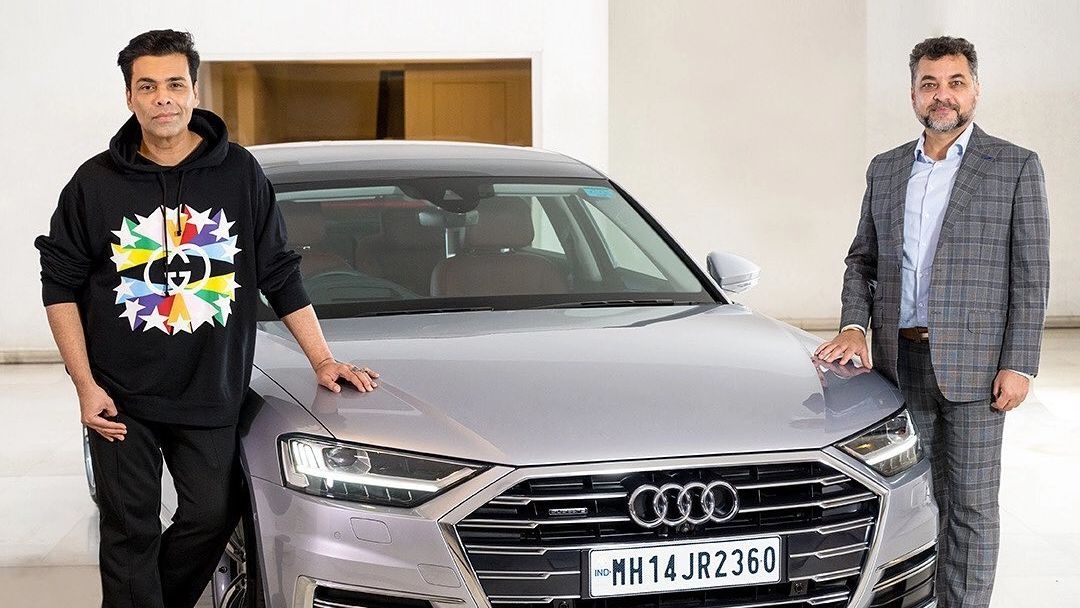 Bollywood filmmaker Karan Johar has added another swanky car to his automobile collection. According to media reports, Karan has bought a silver Audi A8 L worth Rs 1.58 crores.

Earlier this week, the official Instagram page of Audi India posted an image of the renowned director posing with his brand new purchase alongside Audi India Head Balbir Singh Dhillon.

Last month, Ranveer Singh bought the Mercedes Maybach GLS 600, which was launched in India last month at Rs 2.43 crore. Currently, these are the most expensive SUVs in India.

Meanwhile, on the work front, Karan will be hosting Bigg Boss OTT. The show will premiere on Voot on August 8 and will seamlessly move to Colors with the launch of 'Bigg Boss season 15' with Salman Khan as the host.

'Bigg Boss 15' is expected to hit the TV screens on September 19.

On the film front, Karan recently announced that he is set to return to the big screen as a director with 'Rocky Aur Rani Ki Prem Kahani'. It will star Ranveer Singh, Alia Bhatt, Dharmendra, Jaya Bachchan and Shabana Azmi.

Announcing the film on July 6, Karan wrote on Twitter, "Thrilled to get behind the lens with my favourite people in front of it! Presenting Rocky Aur Rani Ki Prem Kahani, headlined by none other than Ranveer Singh and Alia Bhatt and written by Ishita Moitra, Shashank Khaitan and Sumit Roy ."

The film is scheduled to release in 2022.

On the other hand, he also has a period drama 'Takht' in his pipeline.