Many eminent personalities and politicians demanded that her Padma Shri, which she received on Monday, be revoked.
FPJ Web Desk 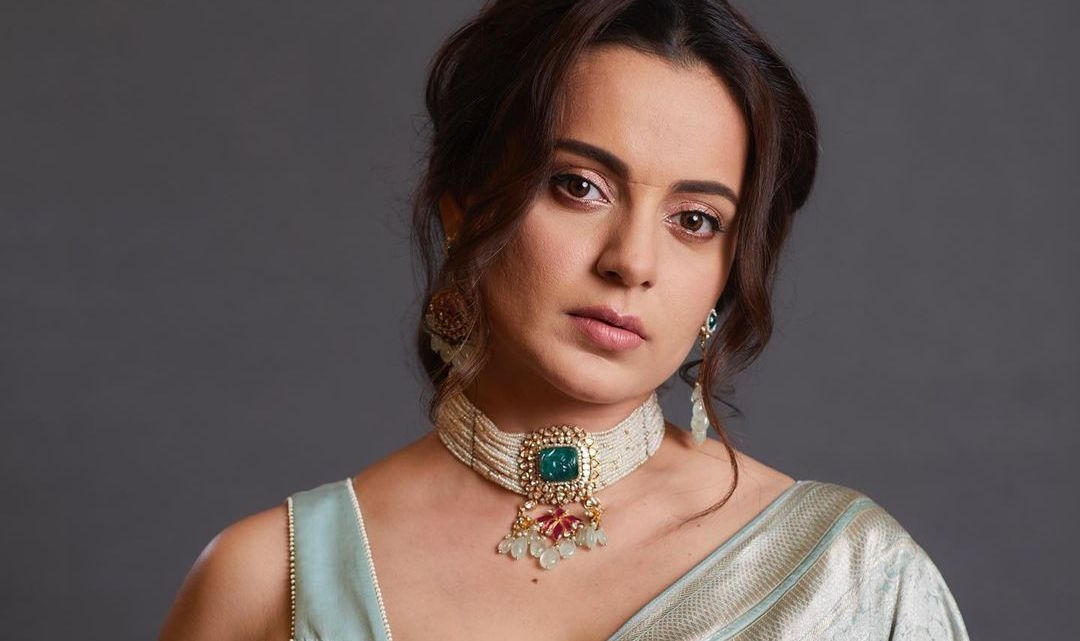 Bollywood actress Kangana Ranaut known for her provocative and often inflammatory statements, was once again the centre of debate - and ire.

The "Manikarnika" actor, kicked off a firestorm on Thursday for declaring that India attained freedom in 2014, when the Modi-led government came to power, and describing the country's Independence in 1947 as "bheek", or alms. She said it at the Times Now Summit 2021.

Many eminent personalities and politicians demanded that her Padma Shri, which she received on Monday, be revoked.

Offering to return the prestigious award, Kangana took to Instagram and wrote, “Everything is very clearly mentioned in the same interview 1857 first collective fight for freedom… along with sacrifice of greats like Subhash Chandra Bose, Rani Laxmibai and Veer Savarkar ji. 1857 I know but which war took place in 1947 I am not aware, if someone can bring to my awareness, I will give back my Padma Shri and apologise also… please help me with this.” 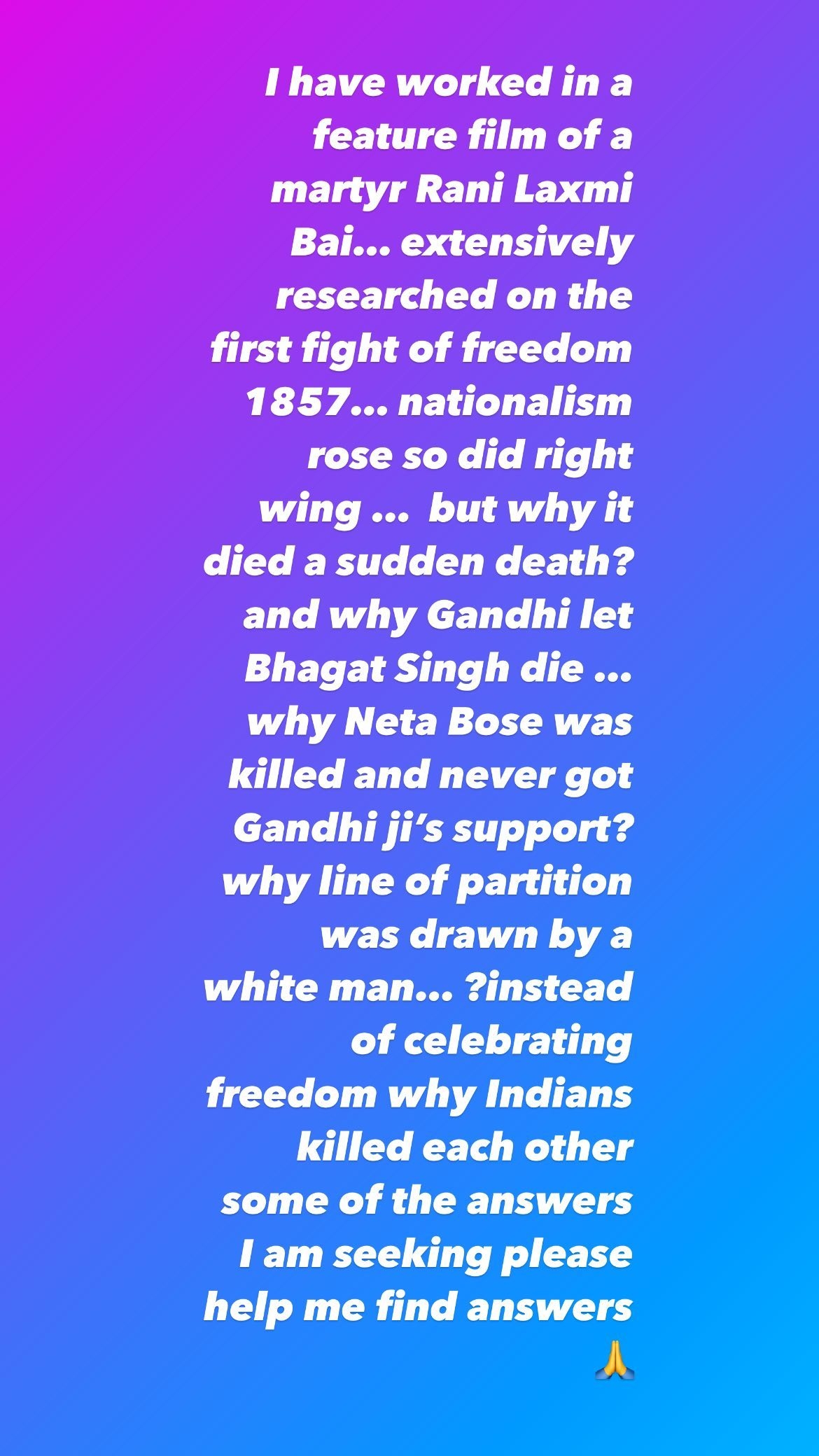 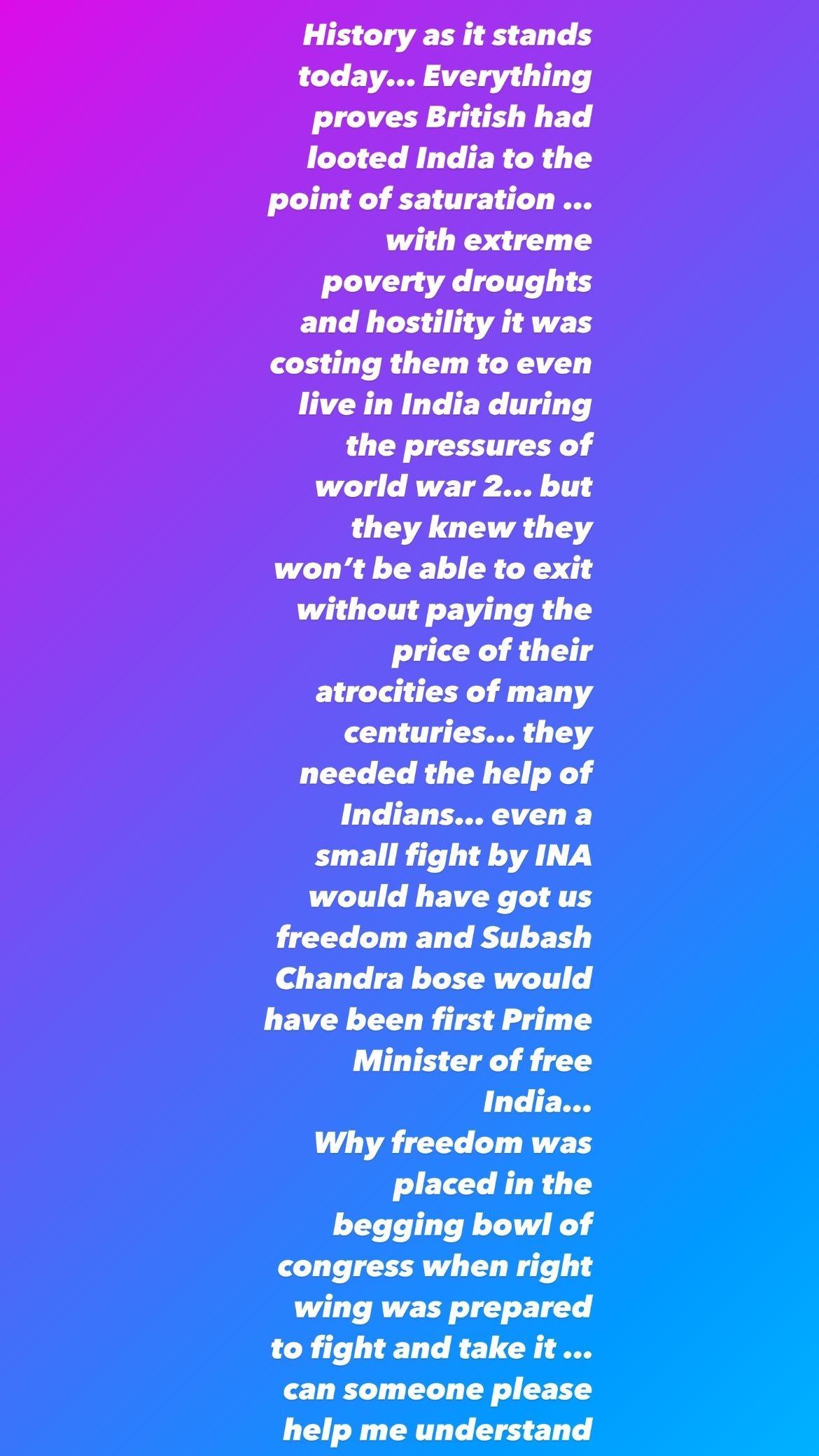 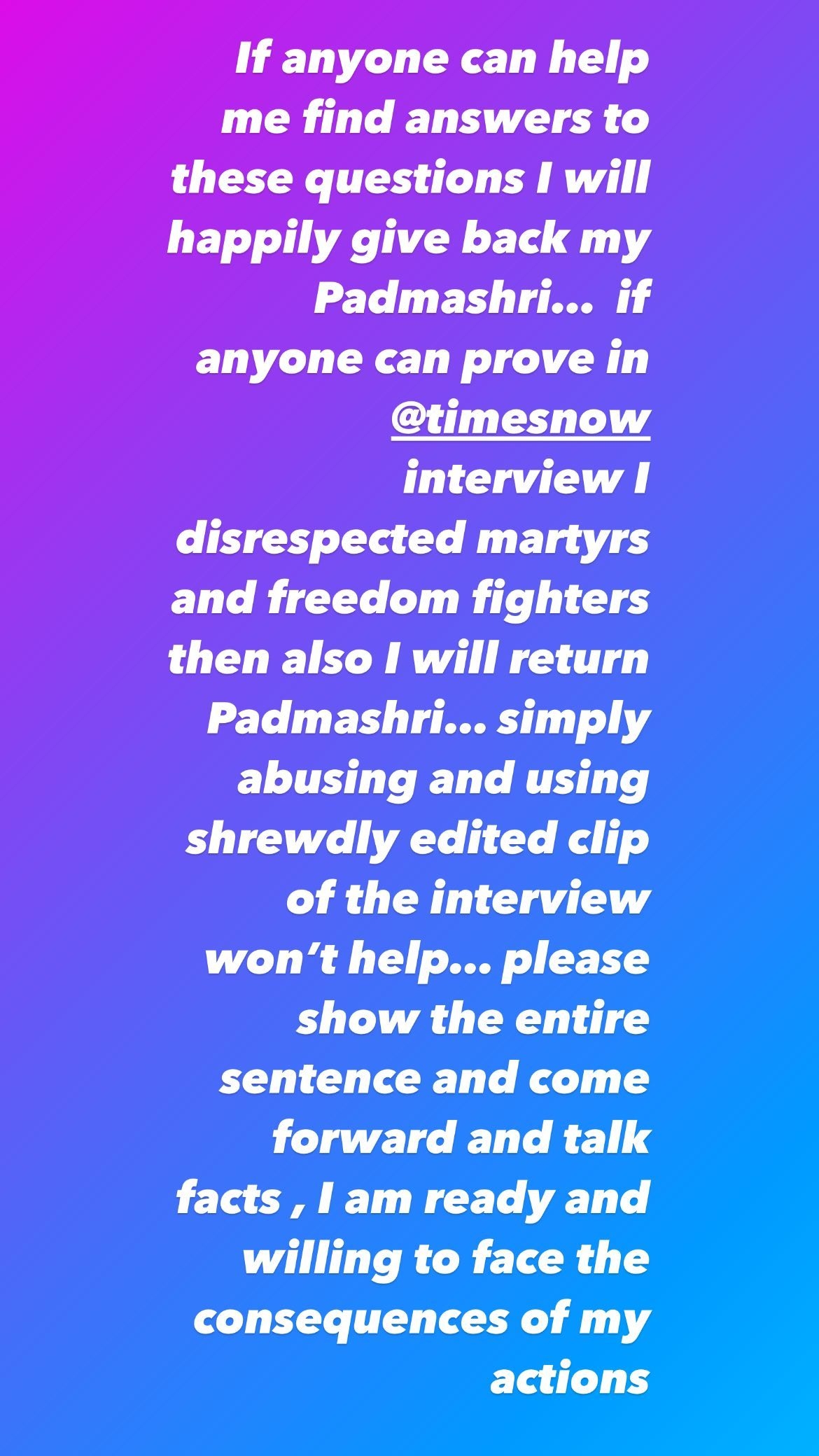 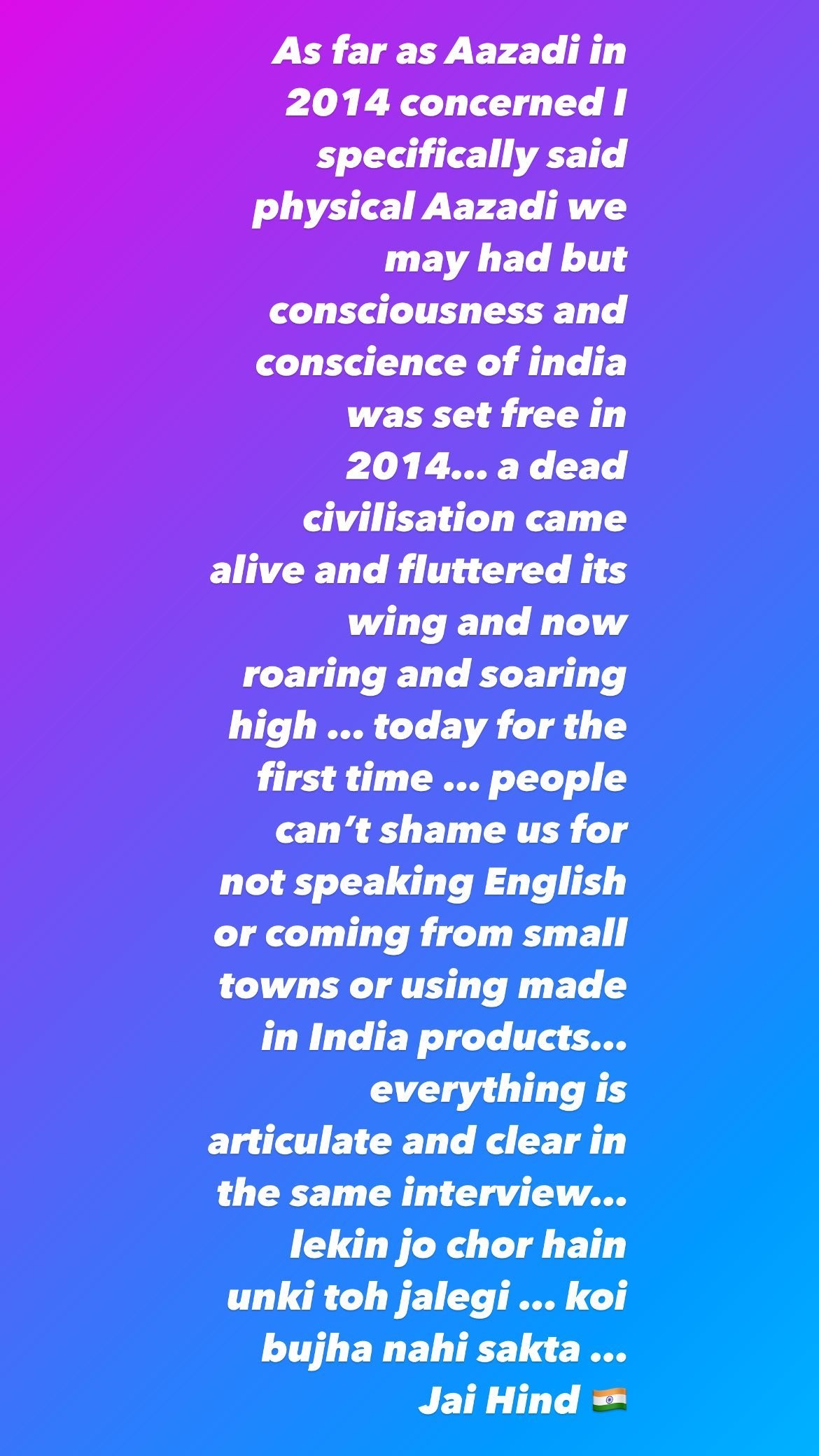 The actress further defended her comment and stated, “As far as Aazadi in 2014 is concerned, I specifically said physical Aazadi we may have had but consciousness and conscience of India was set free in 2014... a dead civilisation came alive and fluttered its wing and now roaring and soaring high ... today for the first time ... people can't shame us for not speaking in English or coming from small towns or using made in India products... everything is articulate and clear in the same interview... lekin jo chor hain unki toh jalegi ... koi bujha nahi sakta (those who have a guilty conscience will feel the burn, nothing can be done about it) ... Jai Hind.”

Ranaut, had also also targeted the Congress in her remarks at the summit.

"If we get freedom as a 'bheek', is it even freedom? What the British left behind in the name of Congress... They were the extension of the British...," she said.

Ranaut has often been in news for her headline grabbling and controversial statements -- be it her long-standing fight with filmmaker Karan Johar on nepotism, locking horns with Diljit Dosanjh on the farmers' protest, her Twitter comments criticising the ruling Shiv Sena government or comparing Mumbai to Pakistan occupied Kashmir.

She was given Y-plus category security by the central government after she said she felt unsafe in Mumbai following the death of actor Sushant Singh Rajput and also spoke of drug use in a section of the film industry.

The actor's account on Twitter was permanently suspended with the company saying it was done "for repeated violation of Twitter rules" The move came after the actor's vitriolic comments on the post-poll violence in West Bengal. She now posts her videos and messages on Instagram. Watch: Kangana turns up the heat in a thigh-high slit golden gown with plunging neckline at 'Tejas'...