‘Just a small fish in a huge pond’: Priyanka Chopra spills the beans on her role in 'The Matrix Resurrections' 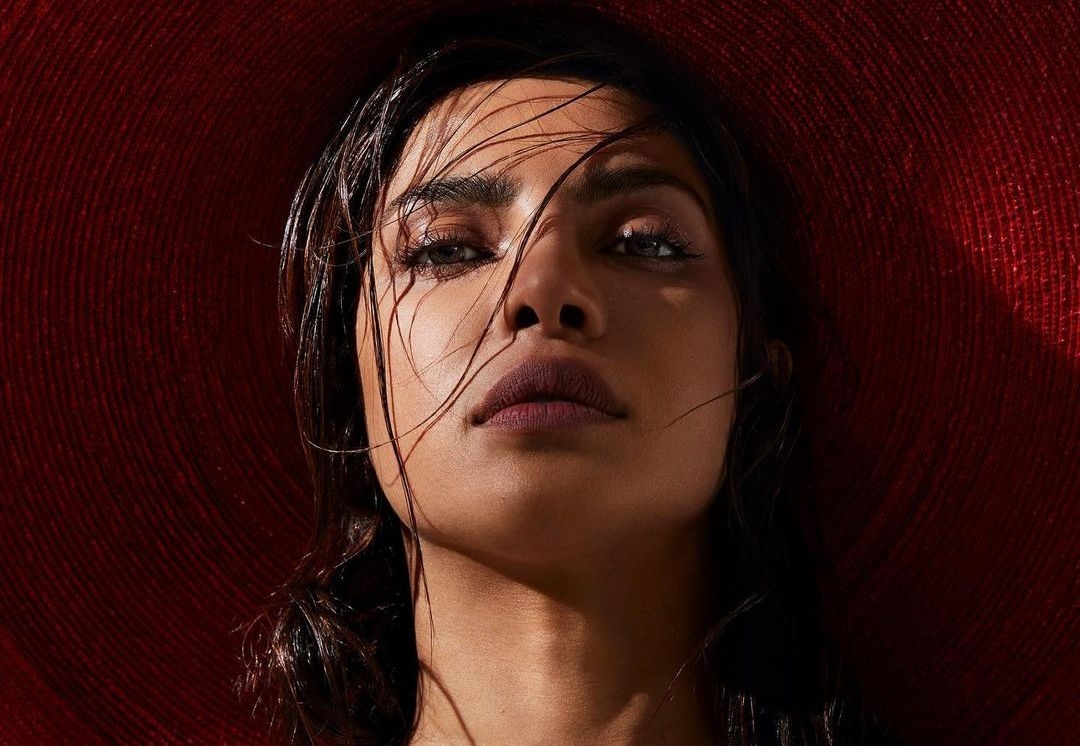 Priyanka shared the film’s first look featuring the famous red and blue pill. While the teaser did not feature the former Miss World, her fans and followers were thrilled to know she’s a part of it.

Television host Mini Mathur shared PC’s post on Instagram stories and wrote, "Oh my God @priyankachopra. This is so mad cool!! Can't wait to see what you bring to this film!!" Resharing her post, Priyanka replied, "Just a small fish in a huge pond babe! But happy for the opportunity! The love!! @minimathur." 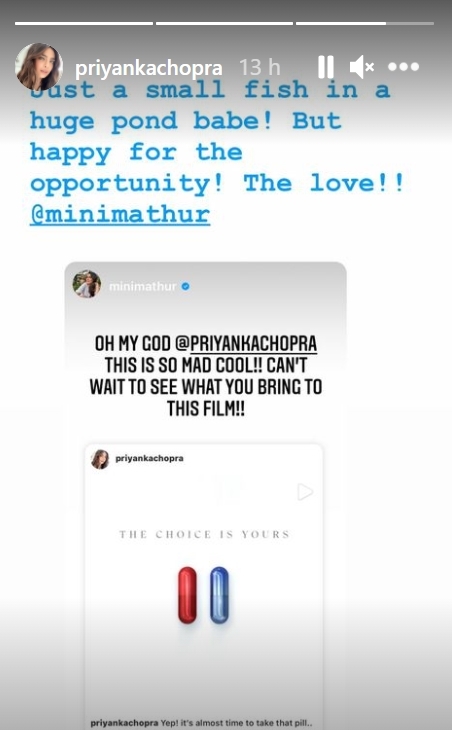 For those unversed, the teaser was revealed with a fan interaction website- 'WhatIsTheMatrix.com'. Users were greeted with the simple choice first presented in 1999's 'The Matrix': Click on the blue pill, and stick to the reality you have known your whole life; click on the red pill, and signal that you are ready to see how the story changes.

Each choice opted by the users will present them with two different angles on what appears to be the central story in 'The Matrix Resurrections'.

In the context of the teaser glimpse that was unveiled by the exhibitors during CinemaCon in August, Neo (Keanu Reeves) is back inside the Matrix, taking blue pills and seeing a therapist played by Neil Patrick Harris until a man portrayed by Yahya Abdul-Mateen II steps into Neo's life and gets him to see that his reality is just a mirage.

Users, who opt to go with the blue pill option, will hear a voiceover by Harris' character saying, "you have lost your capacity to discern reality from fiction." "Anything else is just your mind playing tricks on you," Harris reads out loud before urging the user to accept that their reality is real, as the current time flashes on the screen; Variety reported.

Meanwhile, the users who click on the red pill would hear Abdul-Mateen's voice telling them that while they believe it's the current time -- again while reading aloud -- "that couldn't be further from the truth." According to Variety, in either option, the users will get to see quick-cut shots from the upcoming film. Each time a user clicks on a pill, the footage changes slightly.

Major shots that were unveiled include Neo swallowing a blue pill while a much older man appears in his reflection; Abdul-Mateen's character staring at himself in the mirror; a new character played by 'Game of Thrones' actor Jessica Henwick who appears to be another soldier in the fight against the machines; the character portrayed by Jonathan Groff, who seems to be undergoing the first stages of the same red pill reaction Neo experienced in the first film.

The fourth film of 'The Matrix' franchise, directed by Lana Wachowski, is slated to come out on December 22 in theatres and on HBO max. There has been no word yet as to when the trailer will hit social media. The trailer clips were shown and reported by Deadline from the CinemaCon presentation.

The trailer of the movie will release on September 9, Thursday. 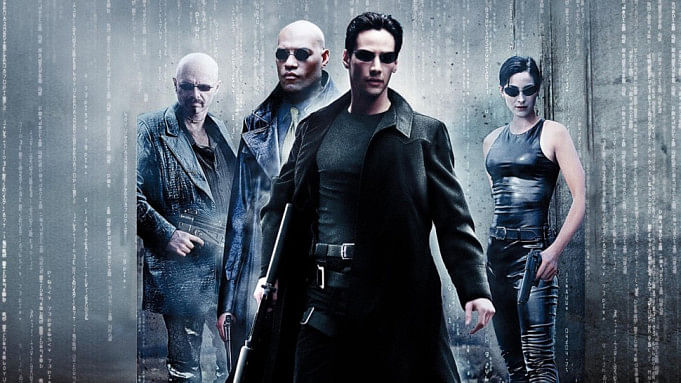