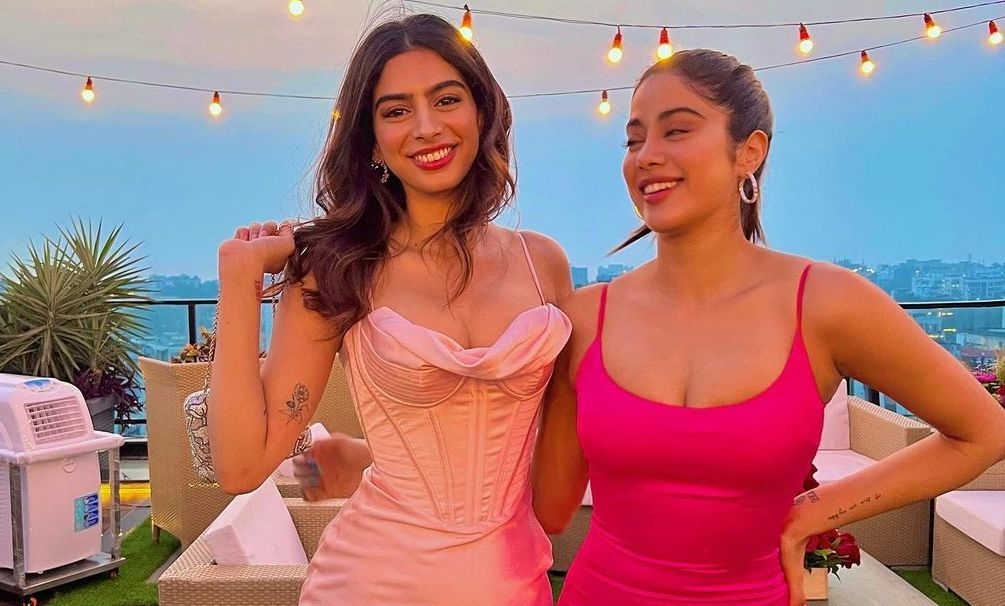 On Khushi Kapoor’s 21st birthday, elder sister and actress Janhvi Kapoor left no stone unturned to make sure her beloved sibling had a blast.

In a series of pictures shared on Instagram, the two sisters can be seen having a gala time among friends at an intimate bash.

They even colour coordinated by opting for outfits in the shade of pink. While Janhvi wore a hot pink mini bodycon dress, Khushi opted for a pastel pink coreset-style strappy midi.

Janhvi captioned the pictures as, “HBD my laddoo baby.”

Janhvi and Khushi are the daughters of film producer Boney Kapoor and late actress Sridevi.

Janhvi is three years elder than Khushi. She is currently 24.

In an earlier interview with IANS, Boney said that although he has four children, she is his favourite.

He said, "As a father, all my children are my favourites, but Khushi is the apple of my eyes. Woh chhoti hai na? sab se chhoti bacchi hai meri (she is the youngest, isn't it? the youngest child of mine)".

"She (Khushi) holds a special place in my heart. Currently all the more, because she is not around. She is abroad for higher education."

In December 2020, Khushi made her Instagram account public. As of now, she boasts around 506K followers on the platform.

Following the footsteps of her late mother Sridevi and sister Janhvi, Khushi is all set to enter Bollywood.

However, the young diva will not be launched by her father.

Boney, in a recent interview with Bombay Times, said that although he has the resources, he would rather have someone else launch his darling daughter. He said that as a father, 'one tends to get indulgent,' however, as a filmmaker he can't afford that.

In 2019, during her appearance on Neha Dhupia’s popular talk show 'BFFs With Vogue,' aspiring actress Khushi had shared some inside details about the planning of her debut film.

She had revealed that she hopes Karan Johar would take her under his wing as she trusts him blindly. However, when asked about who would be the lead opposite her in her debut film, Khushi had said, “I will find out with you, because that Pappa will only decide.”