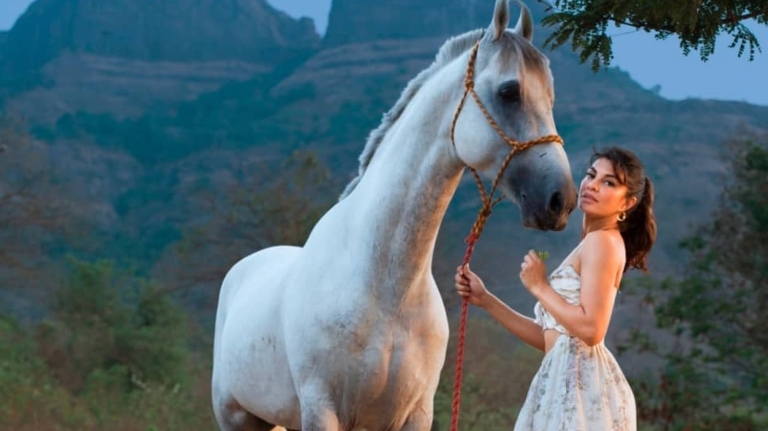 'Mrs Serial Killer' actress Jacqueline Fernandez recently featured on the cover of Harper's Bazaar's May issue. The actress, who's stuck at actor Salman Khan's Panvel farmhouse, has shared stunning pictures from her magazine cover. In the pictures, Jacqueline can be seen posing with Salman's horse.

Bollywood actors have been coming up with unique ideas for their digital magazine covers. While 'The Body' actress Sobhita Dhulipala used her phone's self timer, Jacqueline Fernandez has posed with Salman Khan's white horse in front of a beautiful backdrop, at his Panvel farmhouse. The pictures have been clicked by 'Dance India Dance' fame Saajan Singh, who's also stuck at the farmhouse amid the COVID-19 lockdown. They were shared by the actress on her Instagram. She wrote, "Head over to @bazaarindia to check out my first digital cover!!!"

In an interview with the magazine, Jacqueline spoke about her quarantine period and said, “It has been such an enriching liberating experience for me, being fully aware of the pain and suffering the pandemic has caused for many, I’m just grateful that I’m on a farm, safe and well. Doing everything that I can to help those in need from here and praying for strength and health to each one in this world during these tough times.” 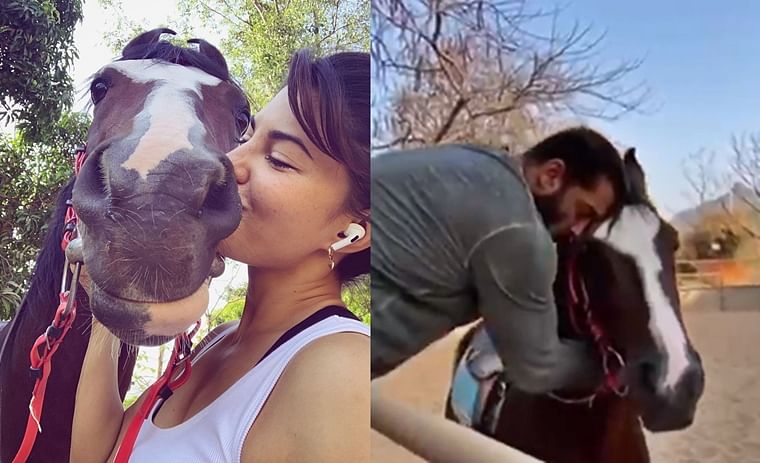 For the unversed, Salman Khan, who is at his Panvel farmhouse amid quarantine, is lucky to have the company of his friend and actress Jacqueline Fernandez. The actress who tagged along with Khan’s family for Ahil Sharma’s birthday is now stuck due to the lockdown. A few other guests who were present for the bash are also at the farmhouse.

Earlier on Saturday, Jacqueline had treated Salman Khan fans with a candid, shirtless picture of the 'Dabangg 3' actor. Sharing the picture, she captioned it: "Gifted or just very hard working?? I feel he’s grateful for everyday and respects the position the Almighty has given him @beingsalmankhan to all the Salman Khan fans, there’s a lot more to come, stay tuned, stay safe!"

On the work front, Jacqueline Fernandez and Manoj Bajpaayee's much-talked about thriller film, 'Mrs. Serial Killer' released on May 1 on Netflix. 'Mrs. Serial Killer' is directed by Shirish Kunder and produced by his filmmaker wife Farah Khan. The thriller is about a wife, whose husband has been framed and imprisoned for serial murders. She needs to perform a murder exactly like the serial killer, to prove that her husband is innocent. 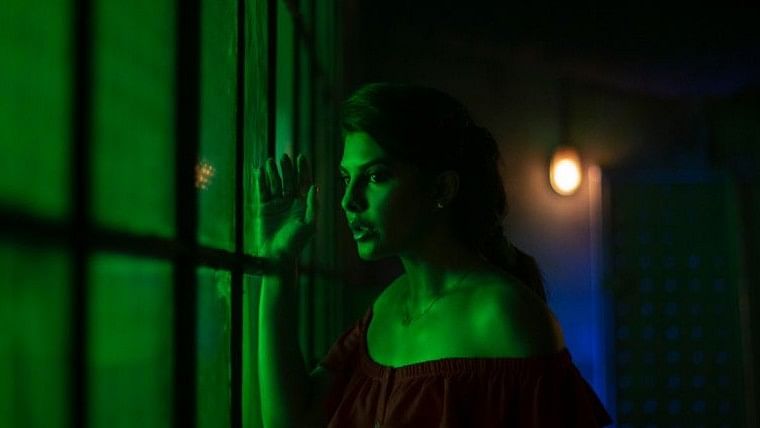