'It's unfair as he is a good kid': Hrithik Roshan's ex-wife Sussanne Khan extends support to SRK-Gauri Khan amid Aryan's arrest

Hrithik Roshan's wife, Sussanne Khan, who shares a close bond with SRK-Gauri has also come forward to lend her support to them
FPJ Web Desk 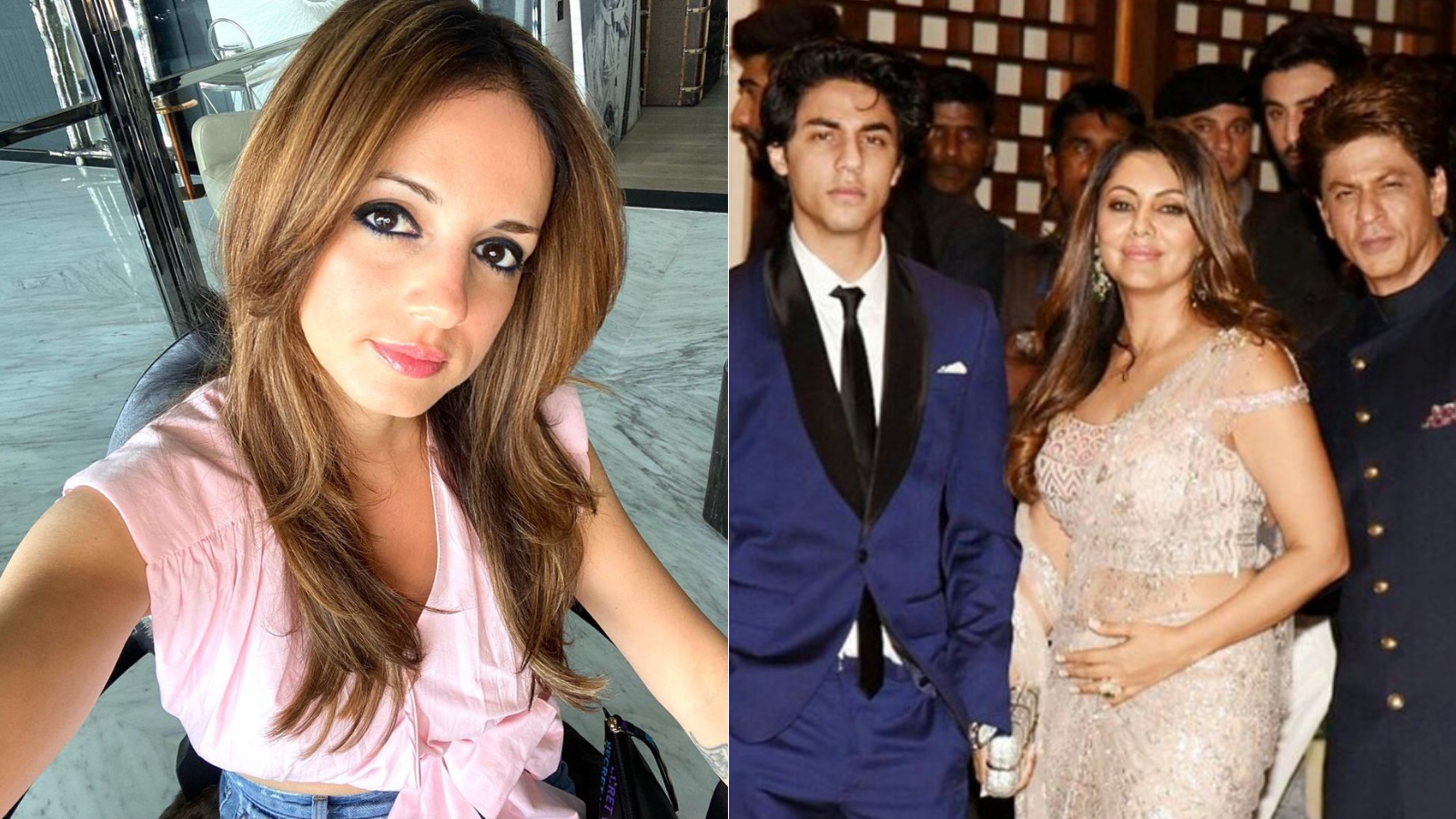 A court in Mumbai extended Aryan Khan's custody till October 7. Aryan and three others were arrested by the central agency on Sunday (October 3) by officers of the Narcotics Control Bureau (NCB) in connection with a drug party busted by the agency, following a raid on a cruise ship at sea near Mumbai on Saturday.

Bollywood actor Hrithik Roshan's ex-wife, Sussanne Khan, who shares a close bond with SRK-Gauri has also come forward to lend her support to them.

Responding to a social media user who claimed that Aryan’s arrest should be a 'wake up call for parents', Sussanne called the situation 'sad and unfair' for the 'good kid'.

"I think this is not about Aryan Khan, as he was unfortunately at the wrong place at the wrong time, this situation is being made an example to drive home the excitement that some people get as they have a witch hunt on people from Bollywood. It’s sad n unfair as he is a good kid. I stand by Gauri n Shahrukh," she wrote in the comments section. 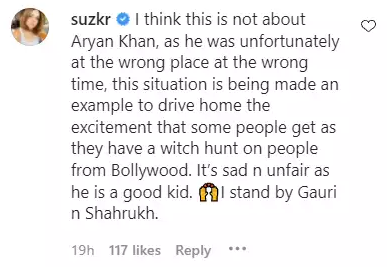 Previously, superstar Salman Khan and his sister Alvira Khan Agnihotri were spotted paying a visit to the Khan family at their bungalow. Apart from them, Sanjay Kapoor’s wife Maheep and Sohail Khan’s wife Seema were also reportedly snapped visiting SRK and Gauri at Mannat.

Filmmaker Hansal Mehta took to Twitter to extend his support to the Bollywood superstar. He also urged people to stop jumping to conclusions before the law takes its course.

"It is painful for a parent having to deal with a child getting into trouble. It gets compounded when people begin to arrive at judgements before the law takes its course. It is disrespectful and unfair to the parent and to the parent-child relationship. With you @iamsrk," Hansal tweeted.

Earlier, actress Pooja Bhatt took to her official Twitter handle and wrote, "I stand in solidarity with you @iamsrk Not that you need it. But I do. This too, shall pass."

Actress Suchitra Krishnamoorthi, who had worked with SRK in the 1994 film 'Kabhi haa Kabhi Naa', extended support to him.

"Nothing harder for a parent than seeing their child in distress. Prayers to all," she tweeted.

"For all those targetting #Bollywood remember all the #NCB raids on filmstars? Yes nothing was found and nothing was proved. #Bollywood gawking is a tamasha. Its the price of fame," she wrote in another tweet.