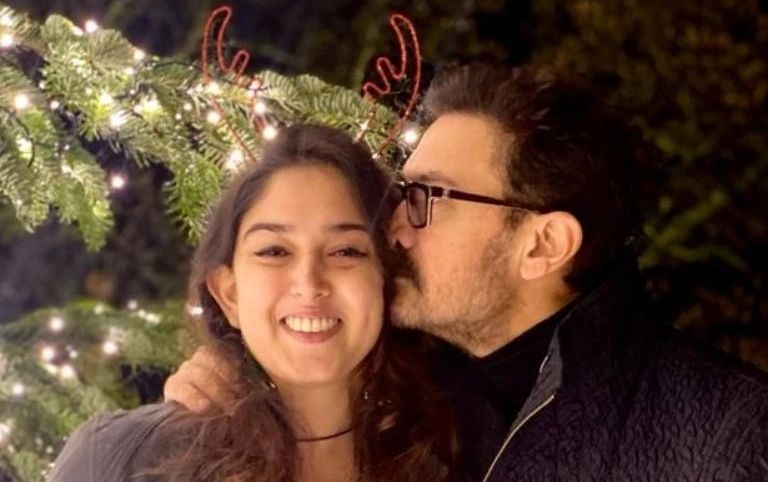 Bollywood superstar Aamir Khan’s daughter Ira Khan posted a series of pictures from her Christmas celebration which including the former as well as the star kid’s boyfriend Nupur Shikhare.

On Friday, Ira took to her Instagram stories and posted a screenshot of the comments below her picture with dad Aamir. One Instagram user asked her if Aamir was her relative given their closeness in frames.

Ira and Junaid are Aamir's children from his first wife Reena Dutta.

The user asked, “Why is he close to you? Is he your relative?”, while another replied stating, “They are father and daughter.”

Another wrote, “Dude, she is the daughter of Aamir Khan. You can always check it on Google to confirm.”

Ira captioned the screenshot as, “This is new. But yes, don't believe everything you read on Google.” 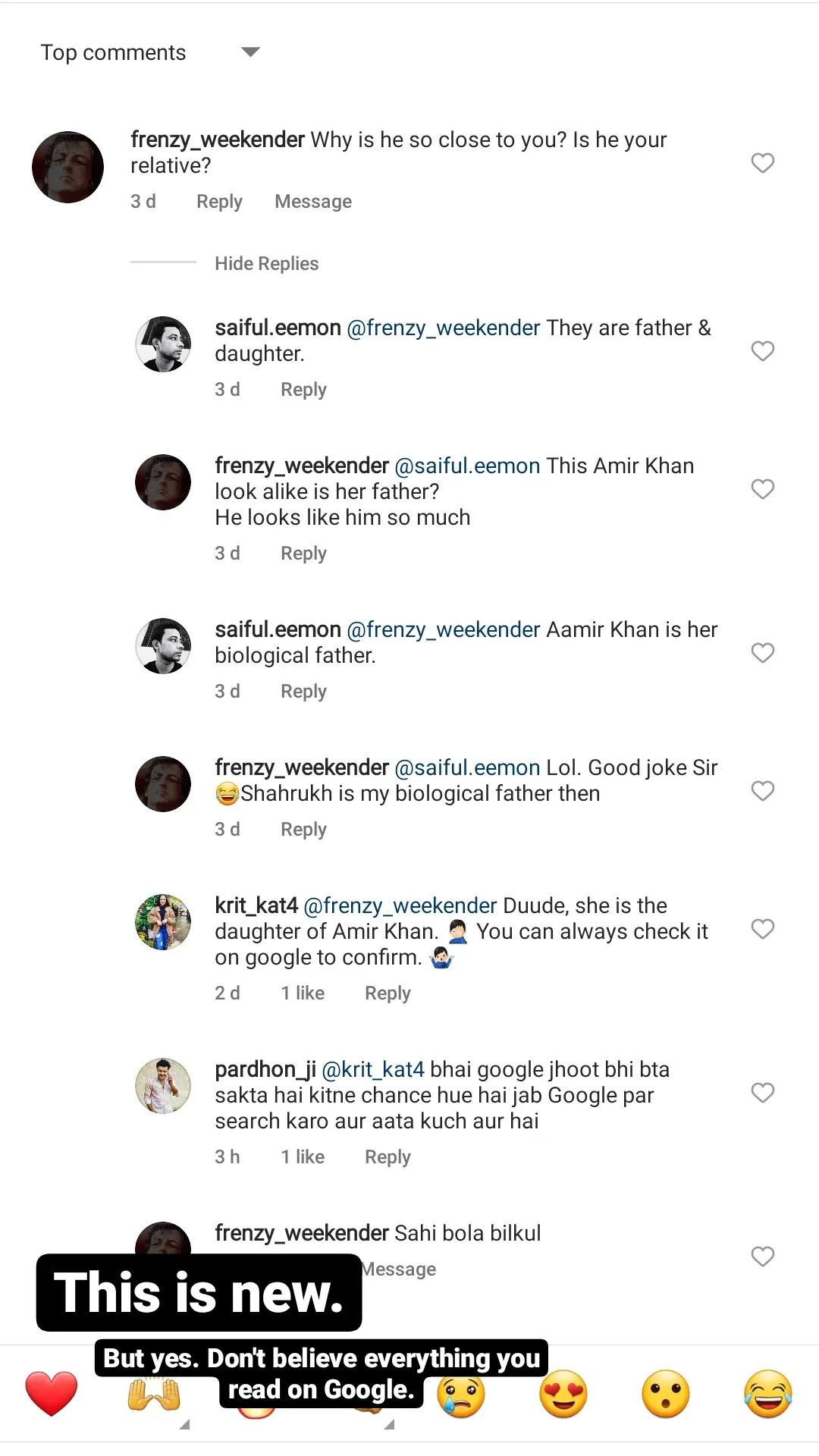 Ira stepped into showbiz by making her directorial debut last year with the stage production, 'Euripides' Medea'. The play was an adaptation of Euripides' Greek tragedy 'Medea', and it stars Junaid Khan and Hazel Keech.