In one of the pictures, Anushka and Virat can be seen raising a glass of champagne.
FPJ Web Desk 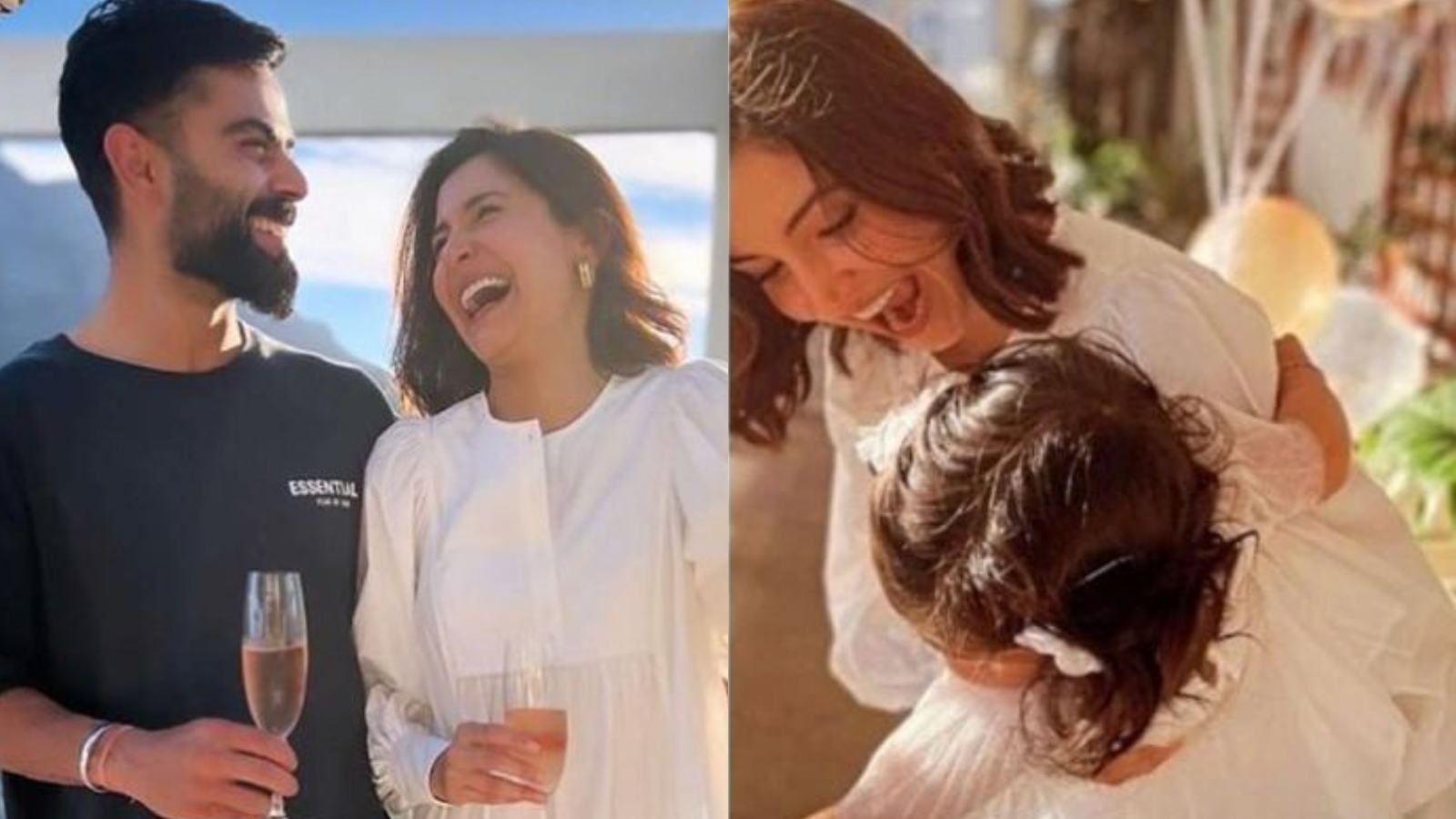 Anushka took to her Instagram stories to share a couple of photos of their baby girl's birthday celebration. However, moments after she posted the photos, the actress deleted them.

The photos were re-shared by several fan pages of Virat and Anushka on Instagram.

In one of the pictures, Anushka and Virat can be seen raising a glass of champagne. The couple is seen having a fun conversation amid the birthday bash.

"The sun with bright, the light beautiful, the table full and just like that our little girl turned ONE," Anushka captioned the photo.

She further added, "The evening was made extra special with the warmest people. And here, I was worried about her first birthday being in a bubble! Thank you guys!! (You know who you are)." 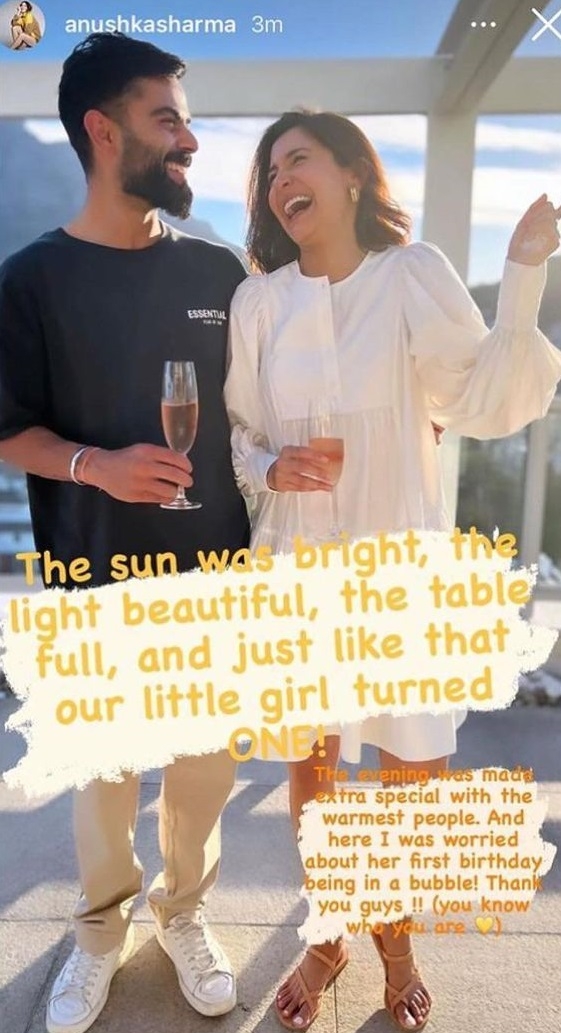 In another photo, Anushka and Vamika can be seen twinning in white. "My baby girl," the 'Jab Tak Hai Jaan' actress wrote along with the photo. 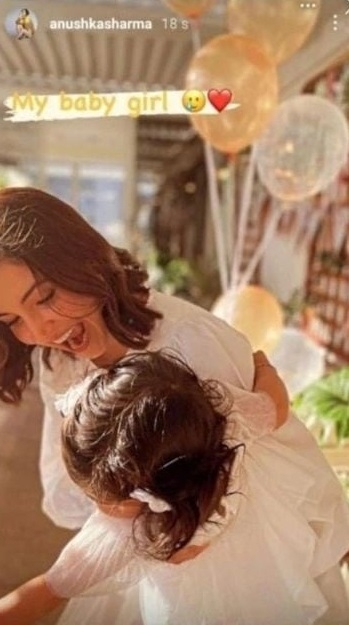 Anushka and Virat often share glimpses of their baby on social media. However, they are very protective of their daughter's privacy and have not shared any photos or videos revealing Vamika's face.

In December, Anushka had put out a statement thanking the paparazzi and their fan clubs for not publishing photos or videos of Vamika. Anushka's statement came a few days after the shutterbugs took pictures of Vamika, when the actress and Virat were spotted at the Mumbai airport.

Virat and Anushka announced their pregnancy in August 2020 and welcomed their daughter Vamika, last year on January 11, 2021.