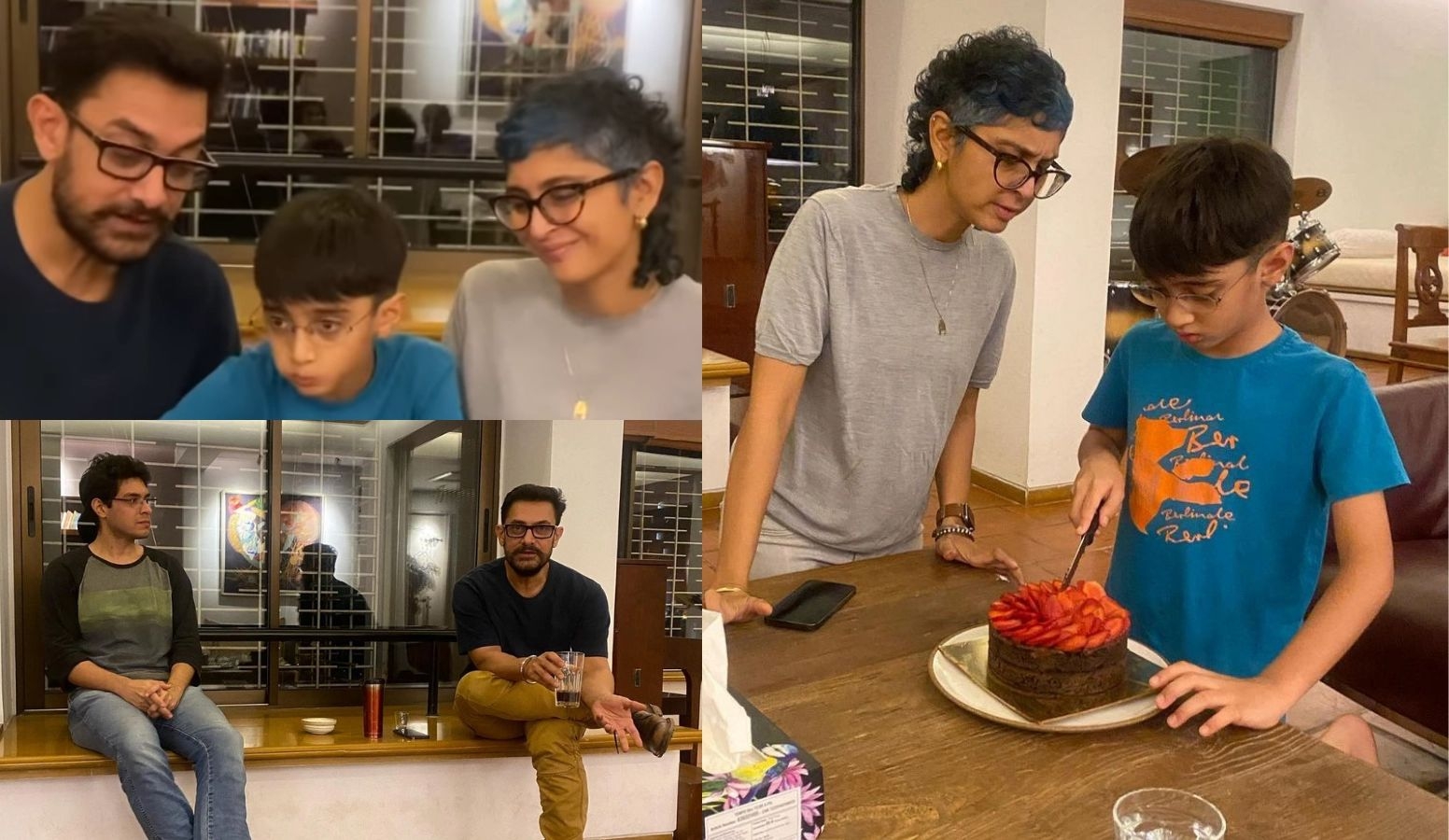 Several pictures and videos from the intimate birthday bash were shared on social media platforms by fan clubs of the superstar.

In the photos, Aamir can be seen in a navy blue T-shirt and yellowish-brown pants. On the other hand, Kiran was spotted in grey T-shirt and white pants.

In one of the pictures, Azad can be seen cutting the cake. Take a look:

Aamir met Kiran on the sets of the actor's 2001 blockbuster movie 'Lagaan' and they tied the knot in December 2005. They welcomed their son Azad Rao Khan via surrogacy in December 2011.

They will continue to work as collaborators on movies, their NGO Paani Foundation and other professional projects, the couple said in a joint statement.

They also shared a video message where they assured their fans that they are 'very happy'.

Aamir has lately been busy with his upcoming film 'Laal Singh Chaddha'. It is directed by 'Secret Superstar' maker Advait Chandan, and co-stars Kareena Kapoor.

The film is an official adaptation of the 1994 Hollywood hit 'Forrest Gump' starring Tom Hanks, and is set to release in April 2022 Aamir Khan to announce his third marriage after release of 'Laal Singh Chaddha'? Here's the truth