Indian film "Sifar" has wowed audiences at film festivals both in the country and around the world, bagging more than 26 awards.
IANS 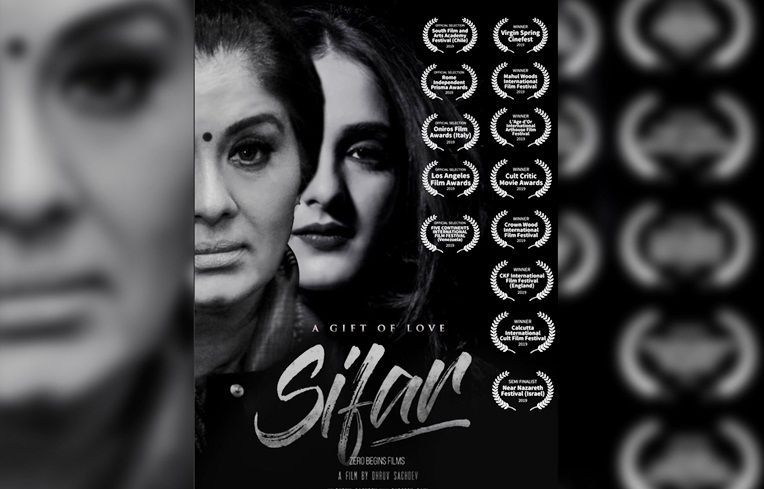 Mumbai: Indian film "Sifar", also known as "A Gift of Love", has wowed audiences at film festivals both in the country and around the world, bagging more than 26 awards. It is aiming to be released on the big screen by the end of this year.

Appreciated at festivals in Los Angeles, Miami, Venezuela, Chile, London, Berlin, Bhutan, Israel, Rome, Mexico and around India, it has won nine Best Director awards, three Best Actress awards for Kanikka and one for Sudha and a Best Supporting Actor Award for Desai.

"Absolutely ecstatic with the way 'Sifar' has performed... There is no better feeling thatn seeing your film's name on top along with the country of origin as India," said Sachdev. "Once we close out the festival circuit, we truly wish the film carries the same momentum at the box office as well," he added.

Producer Durgesh Paul expressed happiness that every department -- be it writing, direction, cinematography, acting, art direction, music or editing -- has won an award.