'In TV you get a lot of episodes to express emotions': Shweta Kawaatra talks about her first short film 'Friction'

Showering praises on his co-star, Shweta says, "I have learnt so much from Sanjay by just observing him. It has been such a delight. The way he approaches his work gave me a new outlook into learning acting." 'In TV you get a lot of episodes to express emotions': Shweta Kawaatra talks about her first short film 'Friction' |

The actress says that she said yes to the film because of the 'mind blowing' script.

"I had heard of Royal Stag Barrel Select Large Short Films and I was aware that it's a great platform to be on. Then, when I heard the script with Anupama (the producer), it was mind blowing and I was really excited. And, to work with Sanjay Kapoor was a very good experience," she tells The Free Press Journal.

Talking about the challenges she faced, Shweta says, "Coming from television what I have personally found challenging is that in television you get a lot of episodes to express the same emotions. In a short film or a film it's that one moment that we need to capture and that I find extremely amazing process."

"It's been an amazing process doing friction," says the actress.

Asked if she was able to resonate with the character, Shweta says that Roskija's character was so well written that 'there was no question of not being able to relate' to Roskija.

"It has these beautiful layers. Sumit, the way he directed it, the way he brought out the layers of the character, it's very exciting for an actor to undergo this process," she says.

"Other than that, the name Roskija just felt like that's me. Not exactly the way she is, but the name itself brings out the dynamic, the strong personality. I did relate to it a lot and I felt that it's made for me. So, I was extremely excited about doing this. And, when I got on the floors with everyone else, just seeing the way everyone just flowed, in such short span, -- to grasp, to own and to churn, and then to bring out is really an art. So, I am grateful that I got this opportunity to work alongside Sanjay and everyone else," Shweta adds. OTT is growing but cinemas have carved a space for themselves

The 'Adalat' actress, who's a newbie in the OTT space, says that it is the mindset that attracted her to the platform.

Shweta Kawaarta says, "I don't have much experience in films. This was my one of the first platforms for OTT. Being a newcomer to this medium, what attracts me is the mindset that comes to these OTT platforms. They're really kind of bringing out (content) as though the creativity was so parched, it is oozing out of everyone. One can see how the creators are challenging themselves to come out, to do their better than best. The stories are written like that, the layering of each character and the story is such. So, that is what I experienced which I truly felt was missing in my professional life." 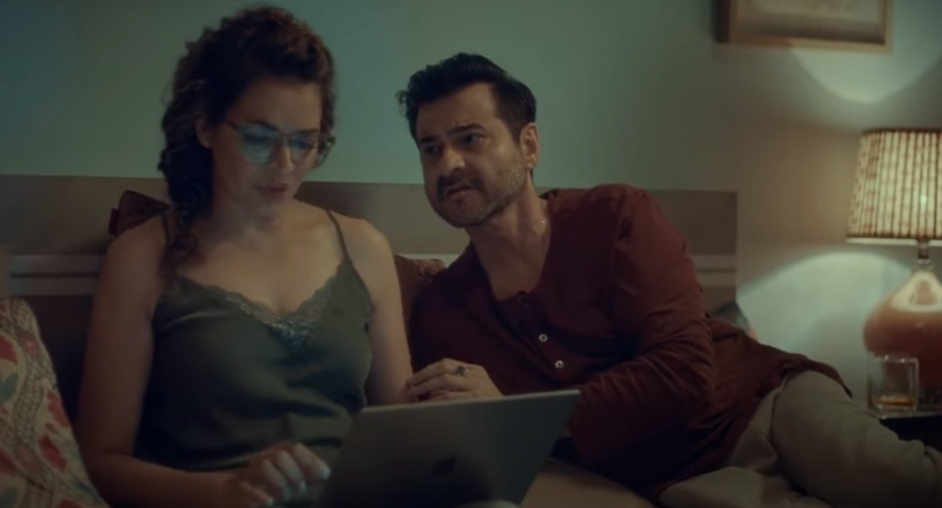 'Friction' is about disagreements between a middle-aged couple.

Spilling the beans on her marriage with actor Manav Gohil, Shweta says, "Friction is a part of every relationship. It only means that it's a turning point. One can move to see that there's something more, like the iceberg. It (a misunderstanding) is the tip of the ice berg. There's something underneath, in one of the partner's hearts, and that needs to be addressed. It requires a keen understanding of oneself and the partner."

"And one more thing is how to make a relationship respectful. It is by learning from the other individual. Manav and I both learn from each other, where he has his strengths, I have mine. His strengths are very different from mine. If I expect my strengths to become his, it would be an invalid demand. But, focusing on each other's strength really keeps the respect and the focus is not on the limitations," she adds.

Showering praises on his co-star, Shweta says, "I have learnt so much from Sanjay by just observing him. It has been such a delight. The way he approaches his work gave me a new outlook into learning acting." 'In every relationship there are misunderstandings': Sanjay Kapoor spills the beans on marriage with...