Shilpa posted another video in which she can be seen performing aarti as the little kids stand together in a cluster, with red tikkas on their foreheads.
ANI 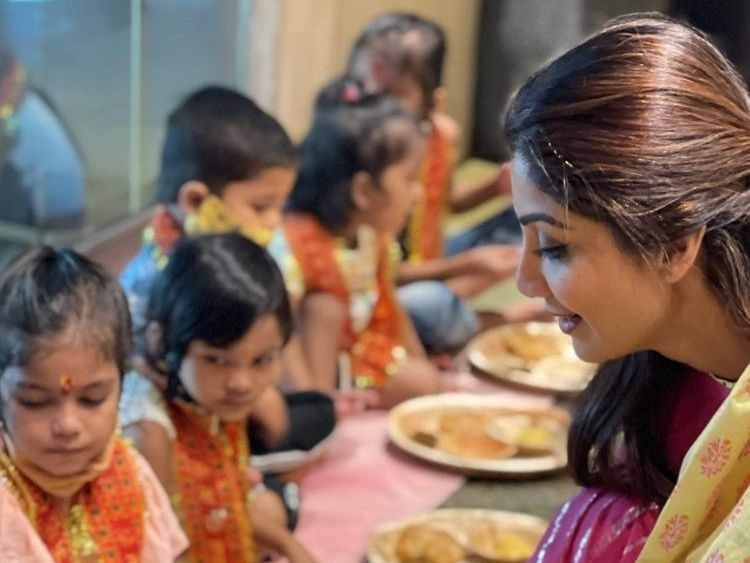 Bollywood actor Shilpa Shetty invited lots of children to her house on Wednesday and performed the Kanjak Puja on Durga Ashtami.

Taking to her Instagram Story, Shilpa posted videos and a picture, capturing moments from the Puja. 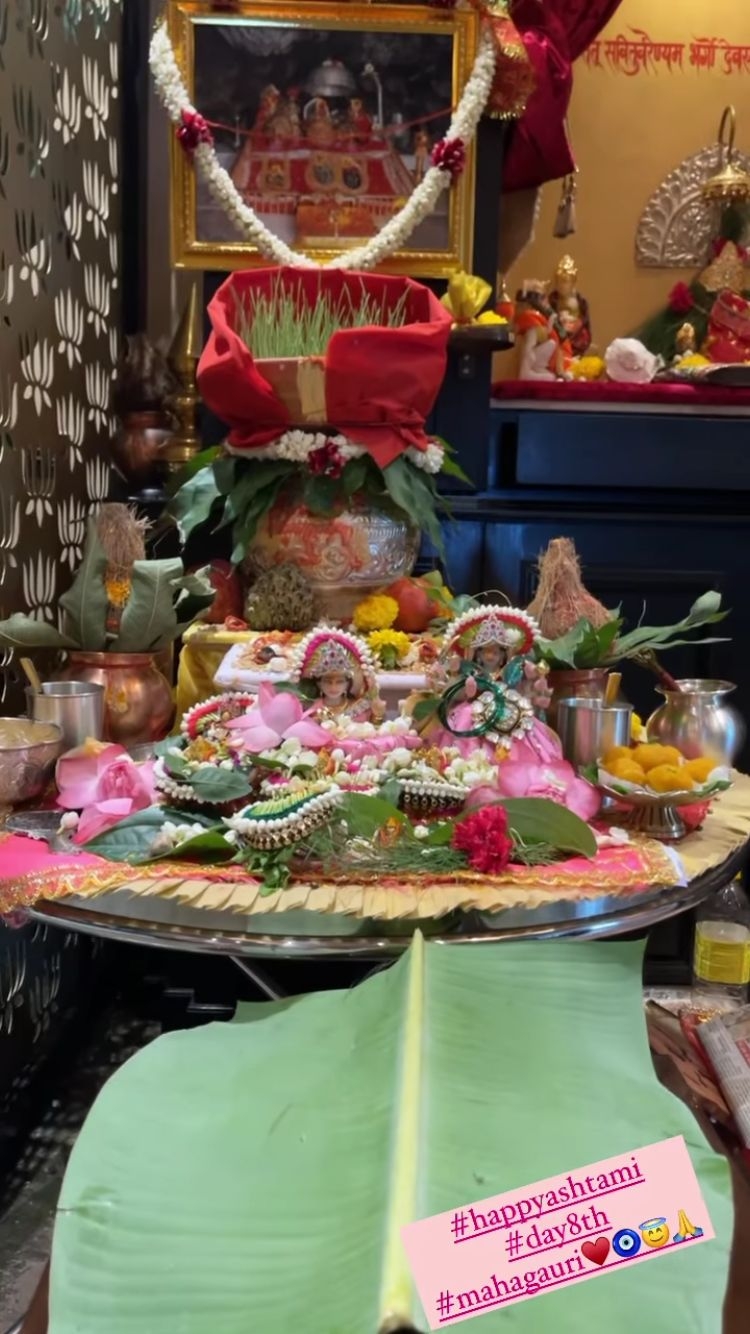 In the first video, she captured the idols and said, "Jai Mata Di! Happy Ashtami to everyone." The second post is a picture in which Shilpa can be seen offering puris to the children, sitting in a row. 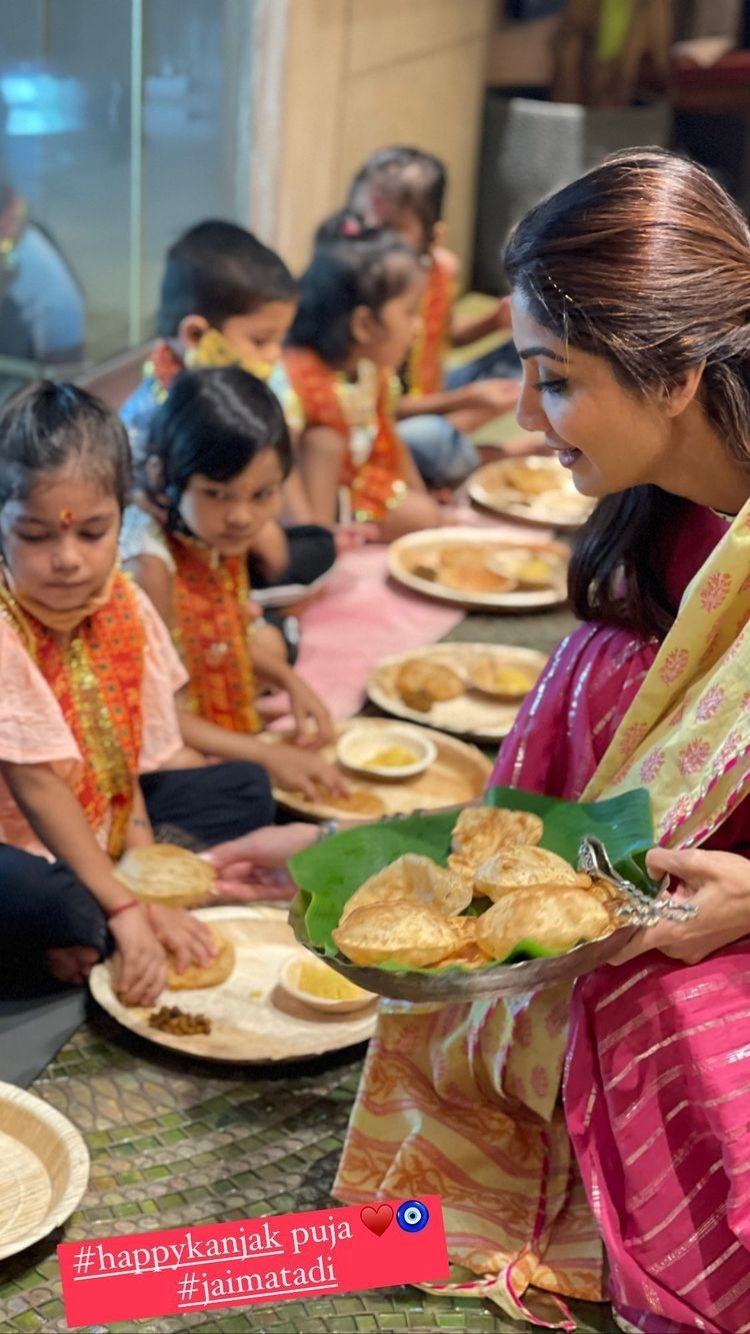 Shilpa posted another video in which she can be seen performing aarti as the little kids stand together in a cluster, with red tikkas on their foreheads. 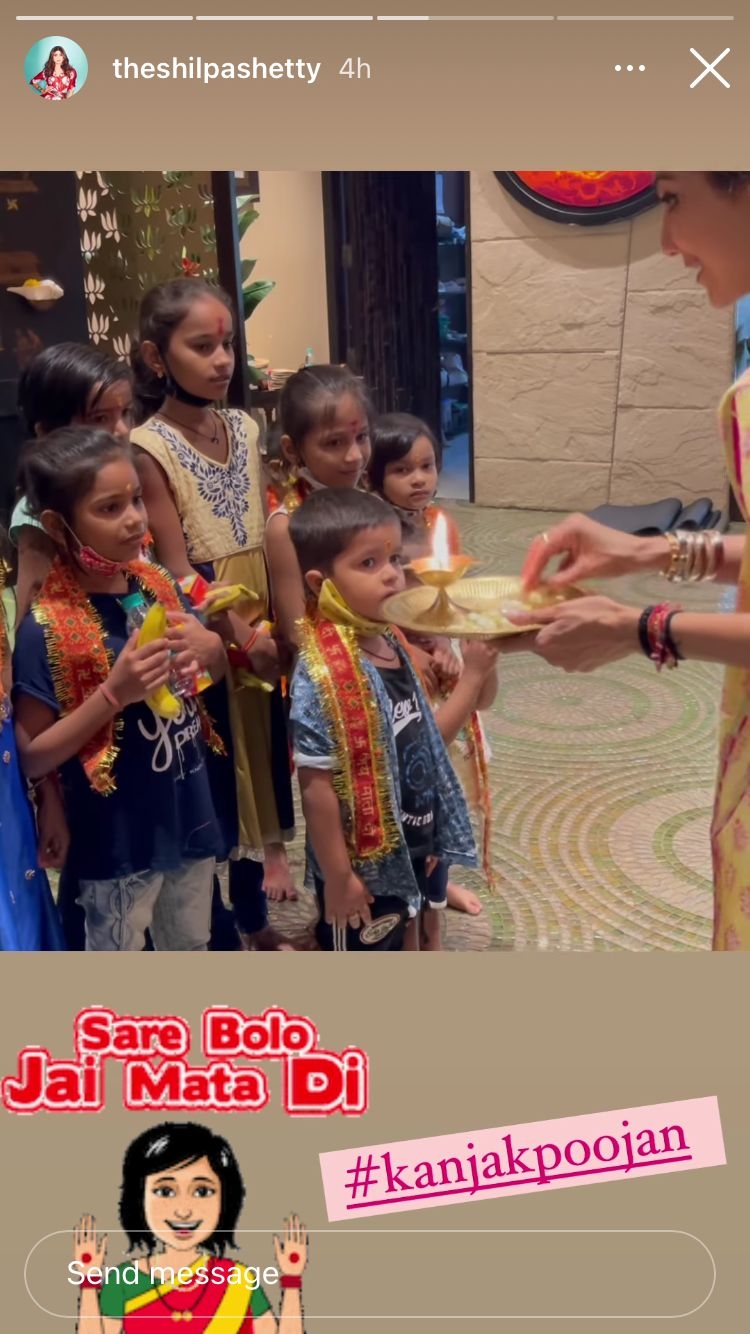 Several other actors such as Kajol, Sushmita Sen and more, took to their respective social media handles to share their Durga Ashtami greetings.

Meanwhile, Shilpa was earlier in the news after her husband Raj Kundra was arrested by the police in a pornography case.

On the work front, after taking a brief hiatus following her husband's arrest, Shilpa had once again resumed judging the dance reality show 'Super Dancer 4', alongside Geeta Kapur and Anurag Basu.

On the film front, she was recently seen in Priyadarshan's 'Hungama 2'. In Pics: Ajay Devgn and Kajol's son Yug looks unrecognizable as he arrives at Durga Puja pandal with...