In Pics: Janhvi Kapoor looks smoking hot in a bikini as she enjoys beach day with friend

Janhvi, who has over 11.5 million followers on Instagram, has constantly been treating her fans with breathtakingly beautiful pictures on Instagram
FPJ Web Desk 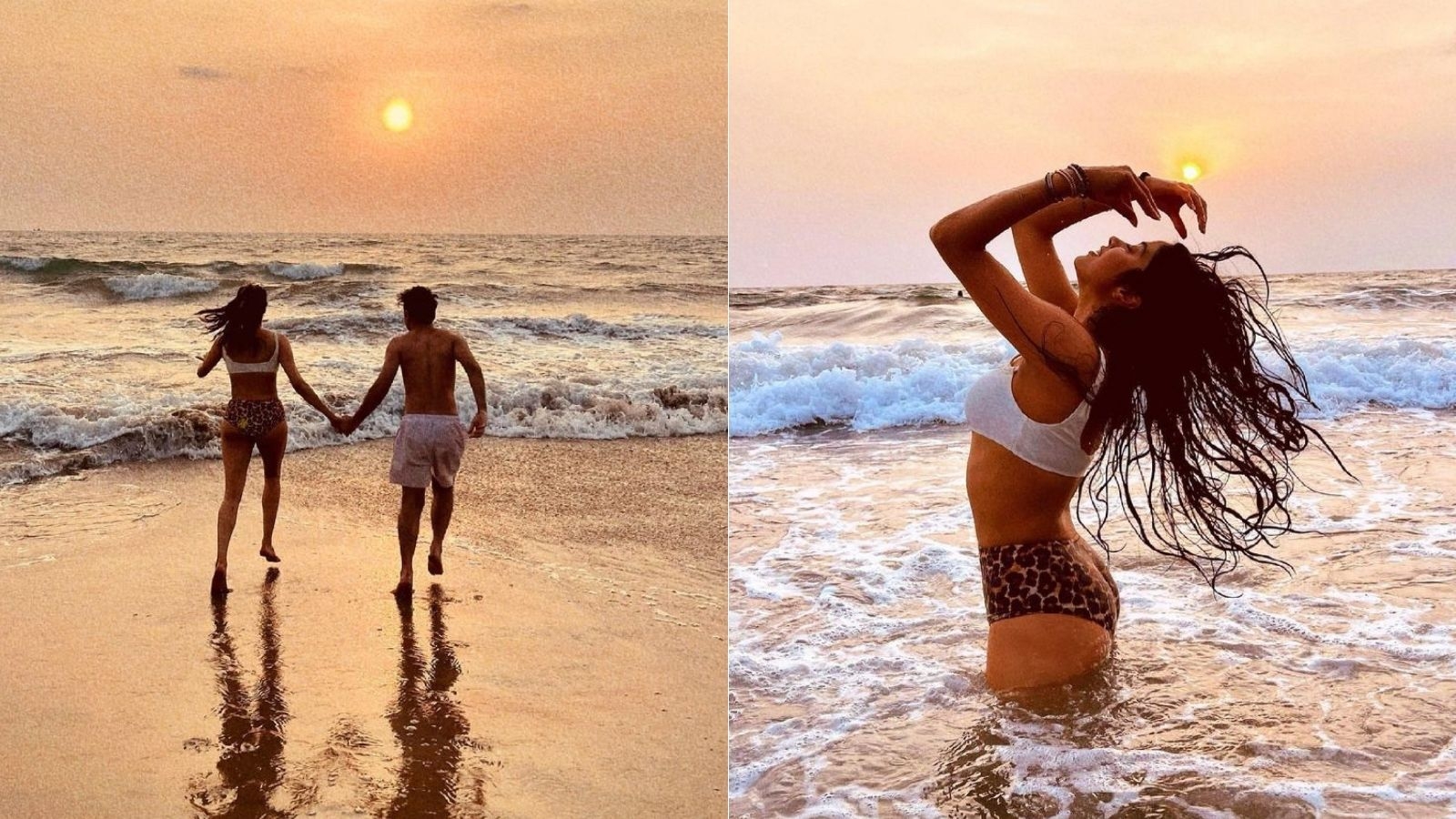 Bollywood actress Janhvi Kapoor on Wednesday shared a series of stunning pictures of herself in a bikini posing on a beach.

The actress has constantly been treating her fans with breathtakingly beautiful pictures on Instagram.

In the pictures, Janhvi flaunts her fit body perfectly toned curves amid the picturesque beauty of the sea.

The the first picture, the Roohi actress can be seen whipping her hair, soaked in beach water, back.

The second picture also features her friend Orhan Awatramani running towards the water. While their faces could not be seen, Janhvi tagged him in the photo. In one of the pictures, Janhvi is seen posing on a rock. She wore a white bikini top with a pair of high-waisted animal print bikini bottoms.

"Maybe half the beauty of every blurred sunset is that it is fleeting," she captioned the post.

Janhvi, who has over 11.5 million followers on Instagram, never misses a chance to impress her fans and followers with her mesmerizing pictures and fun videos.

She recently posted pictures in a thigh-high slit dress. Along with the photos, she wrote, "And those who were seen dancing were thought to be insane by those who could not hear the music."

On the work front, Janhvi will be seen in 'Good Luck Jerry', which has been directed by Sidharth Sengupta. It is set to be a Hindi remake of the 2018 Tamil film 'Kolamavu Kokila' which stars Nayanthara and Yogi Babu. For the film, Janhvi shot in Chandigarh alongside Deepak Dobriyal.

Besides this, the actress will also be seen in Karan Johar's production 'Dostana 2'. After Kartik Aaryan's exit, the movie is now getting a new cast.