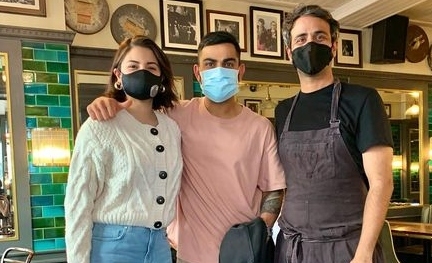 Days after Indian cricket team led by Virat Kohli recorded a historic win on the final day of the India-England Test series at Lord's cricket ground, Anushka Sharma and her cricketer husband enjoyed a lunch date at London's Tendril Restaurant.

A picture of the couple was shared by the restaurant's chef on Instagram. Anushka was seen wearing a white cardigan while Virat wore a pink t-shirt. The pictures showed Anushka and Virat posing with chef Rishim Sachdeva and others at the restaurant.

"When @virat.kohli & @anushkasharma visit for lunch So glad you enjoyed!" read the caption of the post. 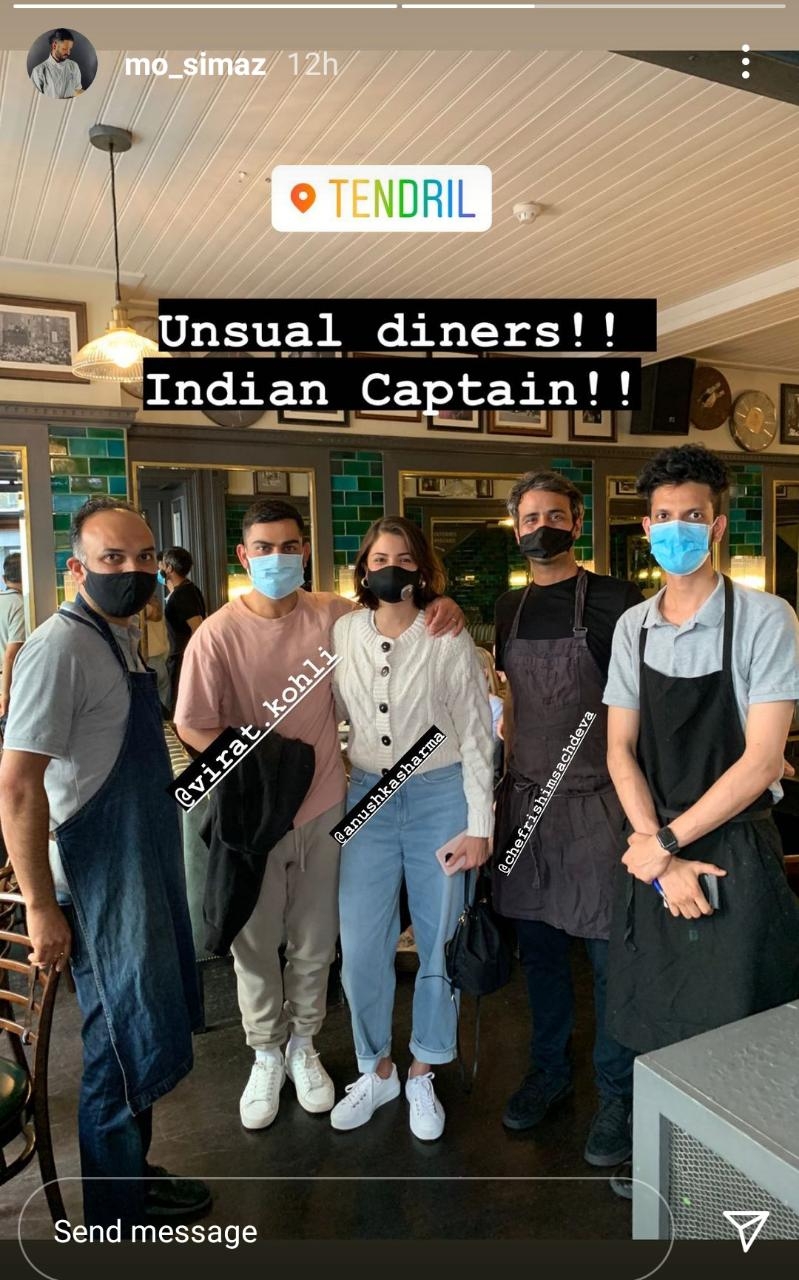 The 'Zero' actress also took to her Instagram story to share a glimpse of her lunch date and called it the 'best vegetarian/vegan food ever'. 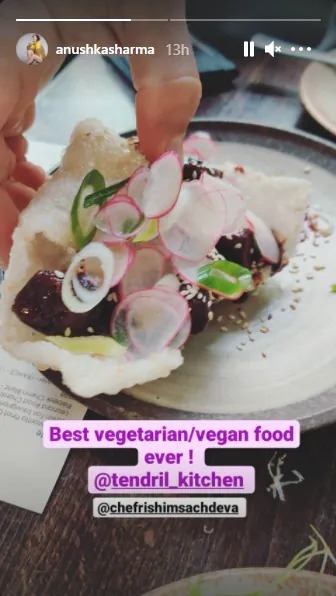 On Monday, the Indian cricket team beat England by 151 runs on the final day of the Test.

Anushka congratulated her husband Virat Kohli and the Indian cricket team after the win. She posted a series of photos of her television with shots of her husband and team celebrating the victory after the match.

Alongside the last picture, she wrote, "What a win! What a team!" using a blue heart emoticon. 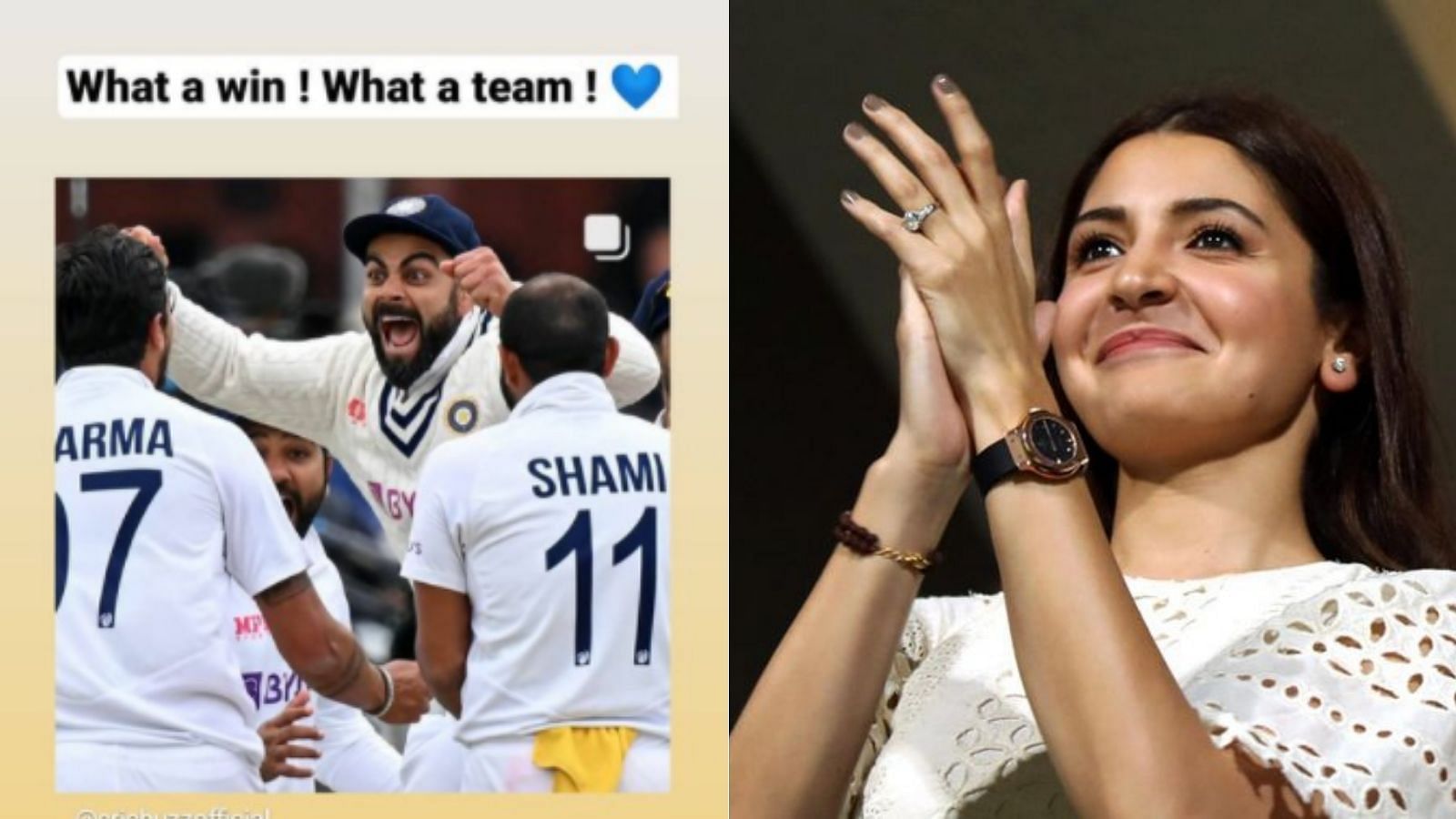 Anushka had taken off to the UK with her husband Virat and daughter Vamika, in July. Since then, the 'PK' actor has been sharing pictures from her English countryside getaway.