For her airport outing, Alia kept her hair down while her face was sans makeup.
FPJ Web Desk 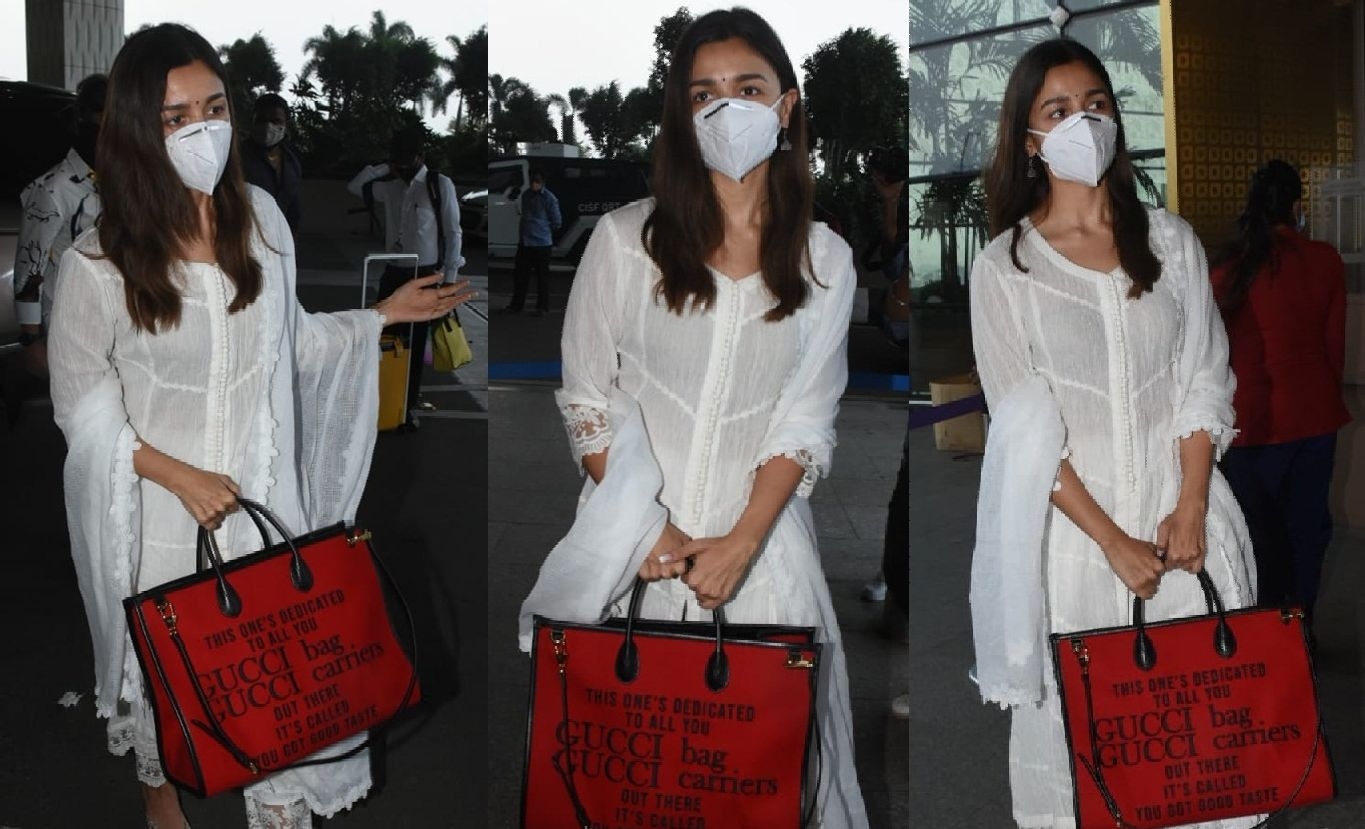 Bollywood actress Alia Bhatt was photographed as she arrived at the Mumbai airport on Monday. Alia opted for a soothing ethnic look and was seen donning an all-white salwar suit. She kept her hair down while her face was sans makeup. 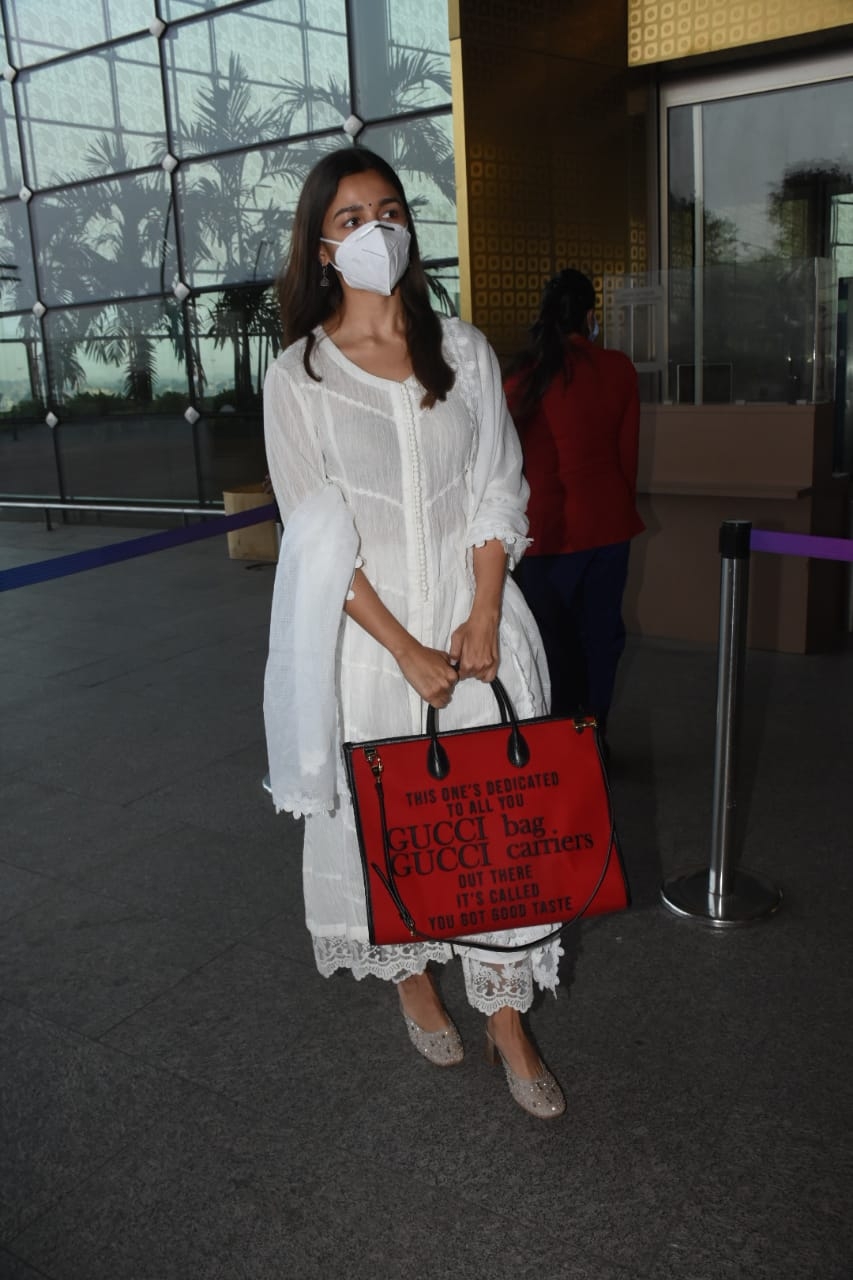 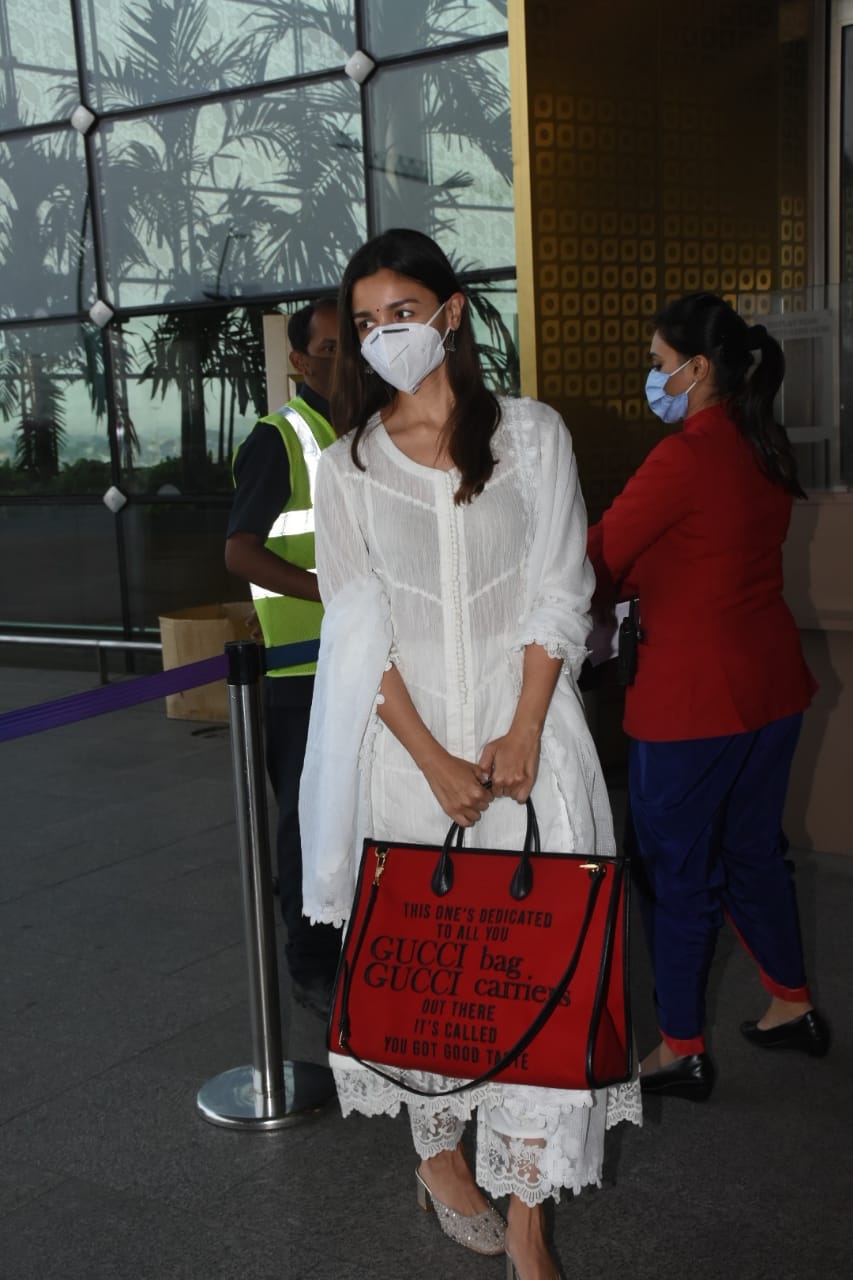 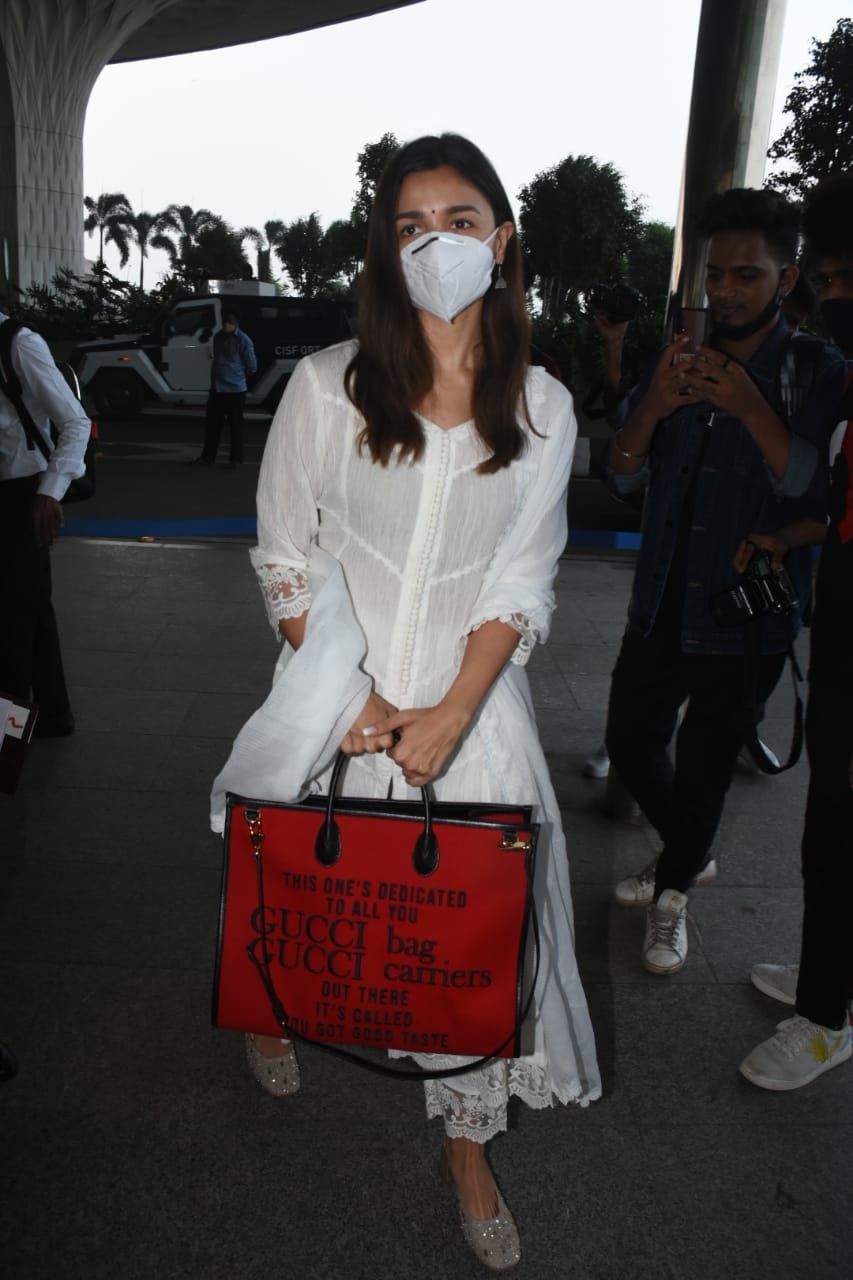 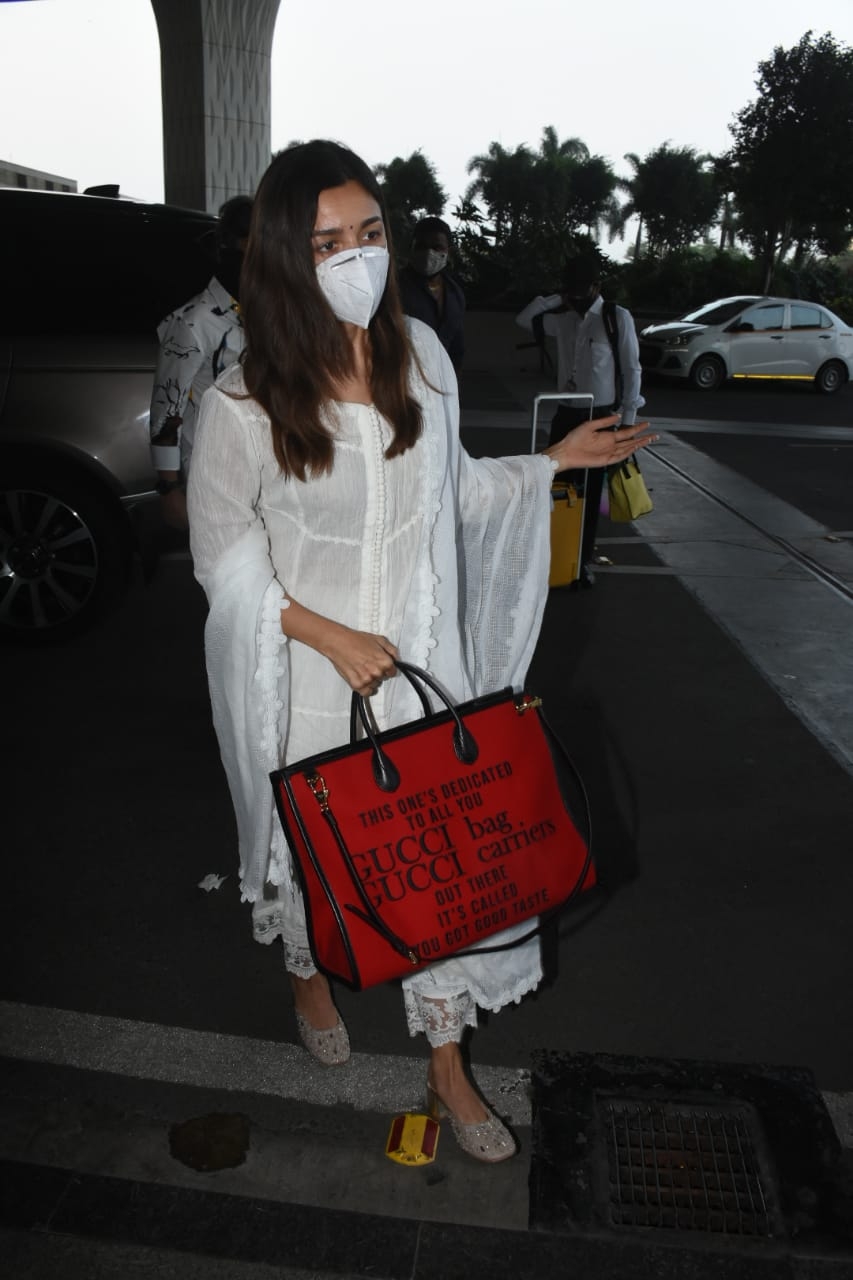 However, what grabbed eyeballs was her large hibiscus red tote bag from Gucci. As per the luxury brand’s website the bag costs a whopping 1980 Euros or Rs 1.69 lakh approximately. 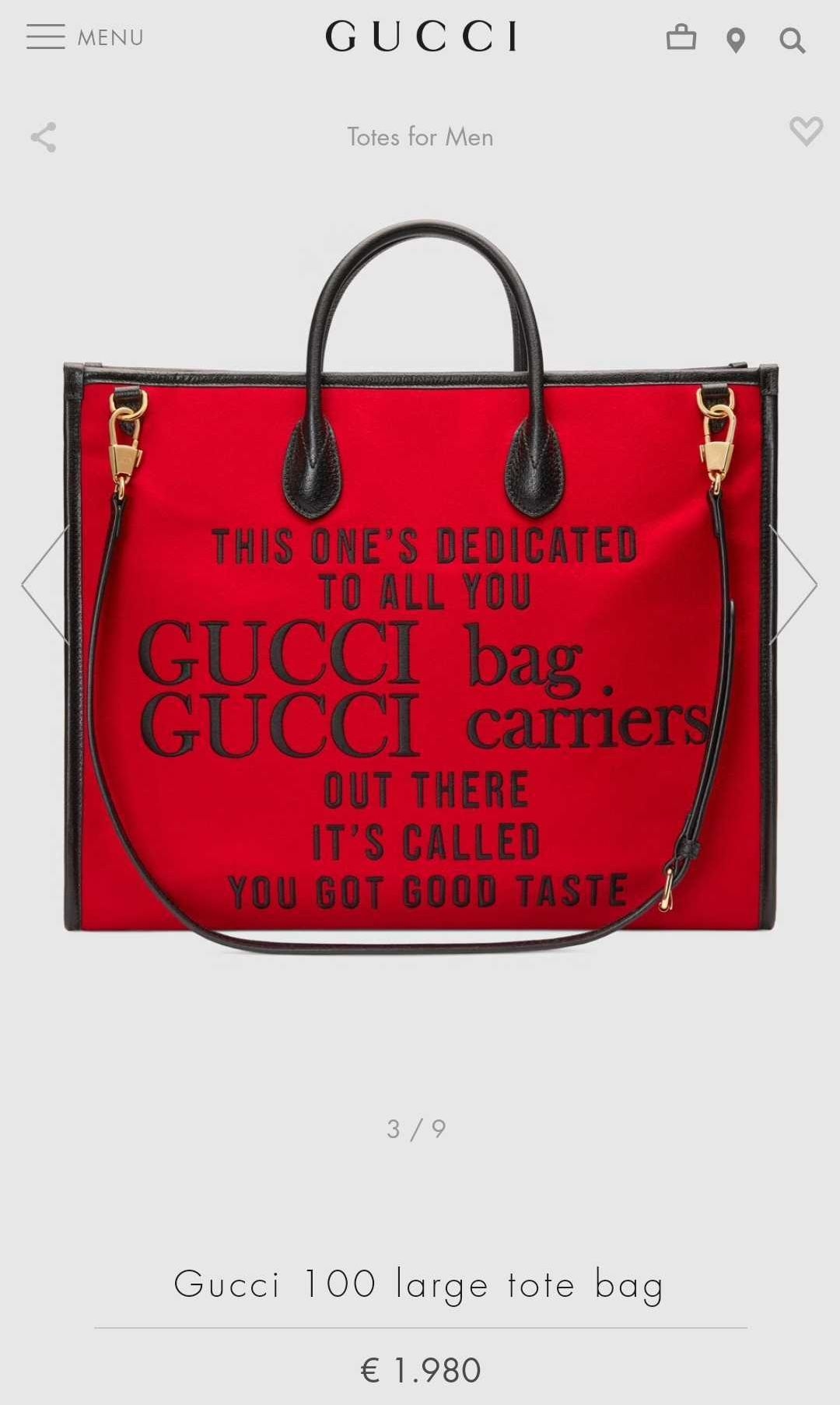 Last week, Alia took her fans by surprise as she posted a mushy photo of herself and beau Ranbir Kapoor to extend Diwali wishes.

The two earlier have been rumoured to be dating with Alia also being a part of many gatherings of the Kapoor family but, it has either been under the wraps or hasn't been stated explicitly. But, Alia's post on Diwali put all rumours to rest.

The actress took to her Instagram as she shared a few pictures on the occasion of Diwali. She captioned the first set of pictures as, "Some light...Happy Diwali".

However, it was the next picture that the fans left pleasantly surprised. The actress put up a picture of herself hugging Ranbir with both of them smiling ear-to-ear. Taking the thread from her last caption, she wrote, "& some love... Happy Diwali".

With the actors going official about their relationship, it won't be too long before the wedding bells start ringing for them. Watch: Alia Bhatt hugs Neetu Kapoor as she accompanies Ranbir to check on the construction of their...
Advertisement