Panji: The 52nd edition of International Film Festival of India (IFFI) started on a high note here on Saturday with electrifying performances by Bollywood superstar Salman Khan, Ranveer Singh and Shraddha Kapoor. The star-studded opening ceremony of the movie gala, which took place at the Dr. Shyama Prasad Mukherjee Indoor Stadium, was hosted by filmmaker Karan Johar and Maniesh Paul.

"It is an incredible opportunity for India at content creation and dissemination at all platforms and in all regional languages. With this perspective in mind, the 52nd IFFI has come together with artistes and filmmakers from around the world. I'm delighted to announce that there are many firsts at this year's edition," the minister said.

"IFFI is also embracing new technology and giving a platform to new artists. In the current edition, over 300 films will be screened," he added.

"This will allow Goa to become a hub of shooting for filmmakers," he added.

He also announced that Goa will soon become the first state to have its entire population fully vaccinated against COVID-19. The CM revealed that the state is discussing with the centre to make a film city in Goa.

"We are making efforts to establish a film city and a film institute here so that there is a talent pool, whether in film editing, photography, cinematography or direction, available for movies," he said.

The ceremony saw veteran actor-politician Hema Malini getting the Indian Personality of the Year award. She was felicitated by Thakur, Sawant and Minister of State Information and Broadcasting Dr L Murugan.

"So much good work is happening here for our film industry. It is amazing to see young talented filmmakers get involved with IFFI. I believe this should continue," Malini said.

"I am honoured to receive such an award named after one of the truly great filmmakers of all time and my inspiration, Satyajit Ray," Scorsese said in a pre-recorded video message.

The multiple Academy Award-winning filmmaker, best known for his films like "Goodfellas", "Taxi Driver", "Raging Bull", "The Departed" and "Shutter Island", said he has returned to Ray's cinema time and again and every time it has been a "new experience".

"Watching 'Pather Panchali' was a revelatory experience for me and it opened a whole new world for me," he added. Szabo, the Hungarian auteur known for making 1981 feature film "Mephisto" that won the best foreign language film Oscar, recalled the "profound" discussion he had with Ray many years ago.

"I met Mr Ray many years ago in Madras. He invited my wife and me for dinner, which was very excellent. We had a fantastic discussion about his films and about our profession -- filmmaking. It was a profound discussion which I will never forget. And I can never forget his charismatic face and his spirit," the 83-year-old director said.

It's a fruit of my labour over the years. As an MP also, I do various works of Mathura. So that also creates an impact on the audience as earlier I was a dancer, film artist, and now an MP: BJP MP Hema Malini on receiving the Indian Film Personality of the Year 2021 Award pic.twitter.com/sCp6ACOpim

Shraddha showcased the power of Indian women with her performance on motivational songs like "Kar Har Maidan Fateh" and "Badal pe paon hain".

Her performance was followed by an act by star-couple Riteish Deshmukh and Genelia D'Souza, who promoted regional cinema by performing on Marathi songs.

Salman's high-octane act on his hit songs from movies "Dabangg", "Sultan", "Bharat" and "Tiger Zinda Hai" brought an end to the opening ceremony.

IFFI, which will run till November 28, will feature 148 films from about 73 countries in the International Section. The festival will have about 12 world premieres, about seven international premieres, 26 Asia premieres and about 64 India premieres.

An array of world-renowned filmmakers, actors, technicians, critics, academicians and film enthusiasts will come together to celebrate cinema and the art of filmmaking through various film screenings, presentations, masterclasses, panel discussions and seminars.

Spanish filmmaker Carlos Saura's "The King of All the World" is the opening film for the 52nd edition, while Asghar Farhadi's "A Hero", which won the Grand Prix at the Cannes Film Festival, will close the festival.

Renowned actress and MP Hema Malini receives the Indian Film Personality of the Year 2021 Award, at the 52nd International Film Festival of India. 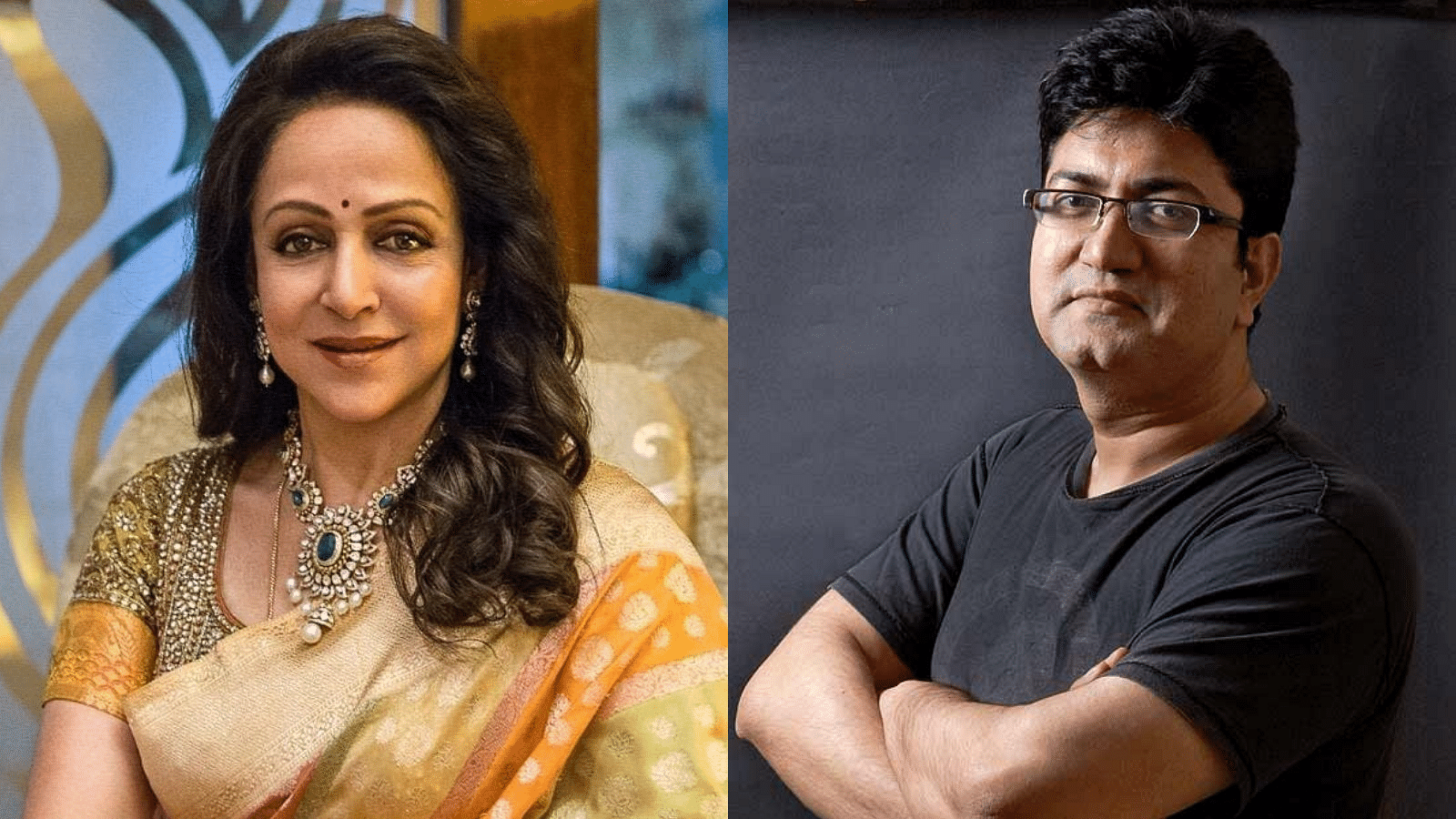 Hema Malini, Prasoon Joshi to be honoured with 'Indian Film Personality of the Year' award at IFFI...