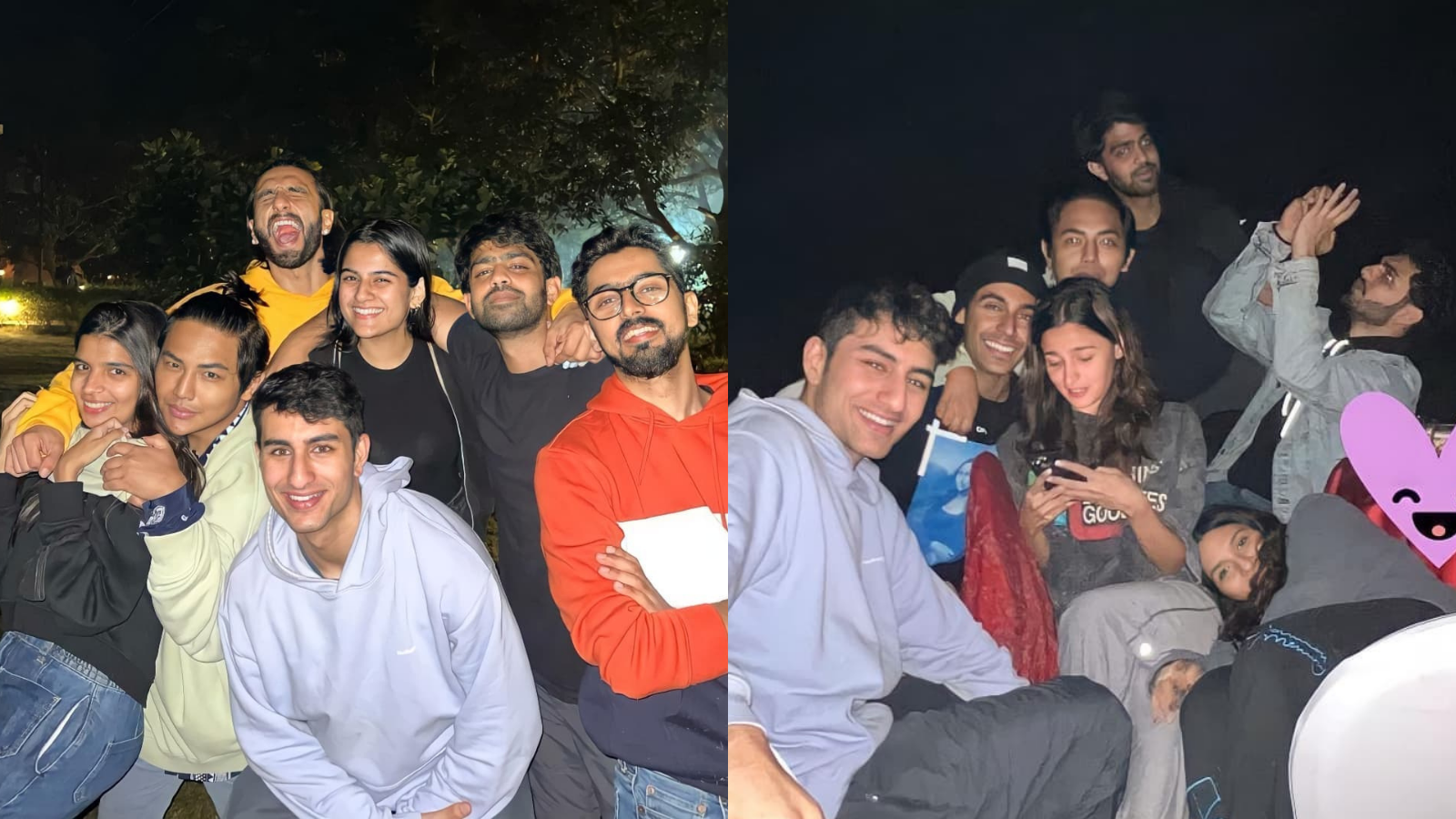 On Wednesday, several photos and videos of Ibrahim chilling on the sets went viral on social media.

In one of the videos shared by his fan pages on Instagram, Ibrahim and other crew members of the film can be seen doing the hook step of 'It’s the Time to Disco' to Diljit Dosanjh's song 'Lover'.

The song from the superhit film 'Kal Ho Naa Ho', was originally picturised on his father Saif, Preity Zinta and Shah Rukh Khan. Also, in the now-viral photos, Ibrahim can be seen posing with Alia, Ranveer and the crew members.

While in one pictures, Alia can be seen sitting in the center and was busy on her phone. In another picture, Ranveer can be see striking his usual loud pose as he holds the group together.

Saif had confirmed last month that his son is assisting Karan on a film.

Meanwhile, Ibrahim is also expected to make his acting debut soon. Although he is yet to comment on the same, he has appeared on a few magazine covers, hinting his inclination towards Bollywood.

Some time ago in an interview, Ibrahim's sister, actress Sara Ali Khan, had revealed, "My brother aspires to be an actor. But as I’ve discovered, it’s an easy dream to have but a very difficult dream to achieve. But I feel Ibrahim has the talent. Once he enacted a monologue for my mother and I. I was holding the sheet of paper on which his lines were written. I couldn’t look at the sheet, I was busy looking at his eyes. They were so emotive." Ibrahim Ali Khan to make his Bollywood debut with Karan Johar's next?