‘I would cry myself to sleep’: Raveena Tandon recalls being ‘linked’ with her brother

Raveena said that she would cry herself to sleep dreading the maligning she encountered in gossip columns every month.
FPJ Web Desk Bollywood actress Raveena Tandon who ruled the big screen in the 90s with her charismatic charm, recalled that her rapport with co-stars resulted in her being linked with them.

Not just that, her own brother was not spared from making the headlines either.

In an interview with Film Companion, Raveena said that she would cry herself to sleep dreading the maligning she encountered in gossip columns every month.

The ‘Mohra’ actress said, “I remember many, many sleepless nights that I would cry myself to sleep and I would dread every month, another yellow, gossipy tabloid completely ripping me, my credibility, my reputation, my parents into shreds and I would wonder, ‘What is it all about?’.”

“They linked me with my own brother and Stardust wrote about that as well. ‘There is a handsome, fair boy who comes to drop Raveena Tandon, we have discovered Raveena Tandon’s boyfriend’. We have lived through that. Who would clarify and how much would you? You were at the mercy of those journalists and editors. Even if you would say ‘hello?’, they would say, ‘yeah, okay, take it with a pinch of salt’,” she added.

Last month, Raveena made her OTT debut as cop Kasturi Dogra in the series "Aranyak".

The show is directed by Vinay Waikul and written by Charudutt Acharya. Roy Kapur Films and Ramesh Sippy Entertainment have produced it.

In the show, Kasturi is seen digging up skeletons and reviving a forgotten myth of a bloodthirsty, serial killing entity in the forest after a foreign teenage tourist disappears in a misty town. 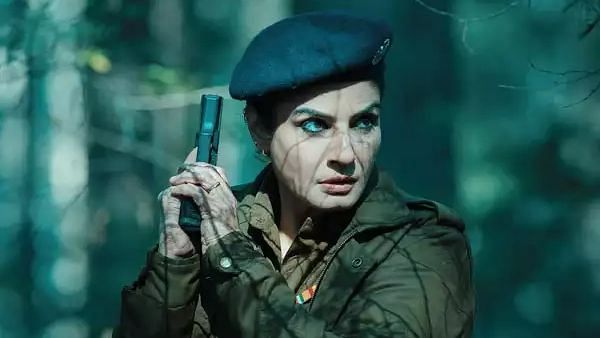