'I was arranging for my husband’s funeral during DDLJ': Himani Shivpuri

Himani Shivpuri gets candid about her journey in Bollywood, challenges of motherhood, work opportunities for senior actors and more 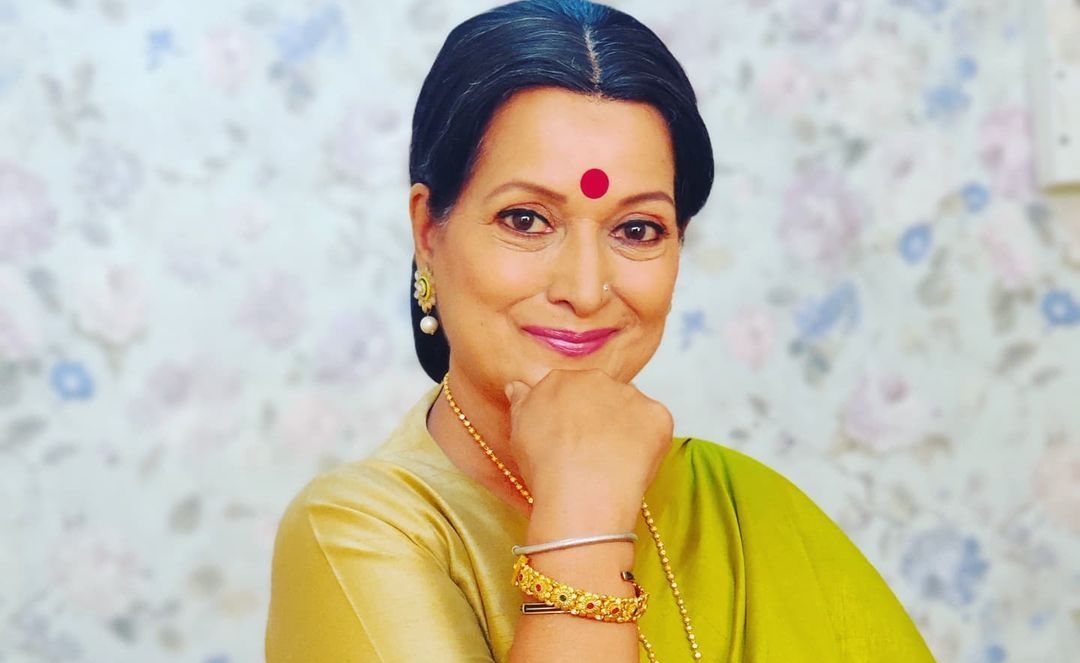 Speaking about the experience and why she agreed to do the play, Himani says, "I could relate very much to the theme as in most households, a homemaker is often taken for granted. As a busy professional, my creative commitments are considered as ‘work’ but unpaid domestic chores are not valued as much. It so happens that a homemaker is often not appreciated by her own family and that is unfair."

A National School of Drama alumna, not many are aware that Himani once wanted to pursue an MSC degree in Organic Chemistry.

"I was drawn towards acting in the sense that I enjoyed being on stage but doing this professionally was not my plan at all. I had planned to become a doctor or a microbiologist. It was only when I was pursuing my degree that I realized that acting was what I wanted to do," the veteran actress says.

Himani was married to actor Gyan Shivpuri. The two were largely involved in doing theatre. Not to mention, she didn’t stop working even after the birth of her son.

She says, “I was very tempted to give up acting. We didn’t have much money so there was no alternative but to work. I wanted to give it all up because as a mother I used to feel guilty about leaving my child at home to go out and do shows. I still remember this one show in Kolkata, we couldn’t afford to fly, so I was on a train, breastfeeding my kid. It is hard to forget the stress and struggle of those days, rushing to the washroom before performances to express the milk just so the costume would not get wet. The point is women, be at home or out there working, rarely have it easy.”

Himani’s life took an unfortunate turn when she lost her husband in 1995 while shooting for Dilwale Dulhania Le Jayenge.

Recalling the tragic moment, Himani says, “I was the only actor who was missing in the climax of DDLJ because my husband passed away just before we had to leave for the outdoors. The Yash Raj unit was very understanding even though there was supposed to be a culmination of my story with Anupam Kher. I had no time to think about all that because I was alone in a strange city, arranging the funeral of my husband, then carrying the ashes to Haridwar.”

Couple of months back, Himani voiced her opinion on how senior artists are facing financial struggles amid the pandemic.

Elaborating on the same she says, “Unlike people in corporate jobs, senior artists had no option to work from home and make money during the lockdown. They, unlike highly paid stars, usually don't have savings and get paid when they work so it was a very challenging time for them.”

That being said, she believes things are slowly changing but the struggle of an artist never really ends.

“The more you age, the less work there is because rarely films are offered. Of course, Mr. Bachchan (Amitabh) is an exception, but very few senior actors enjoy the same stardom. I remember how a senior actor like Pradeep Kumar who was a major star in his time, found it hard to pay for his conveyance after finishing the small roles he was asked to do in his twilight years. So, many experienced actors have no say in the kind of work or money they are offered. I really respect and admire Mr Bachchan but not everybody is unfortunately in that kind of a commanding position,” Himani signs off. 'There is no provident fund for actors': Himani Shivpuri talks about financial constraints amid...