'I want to evolve and grow as a better actor and a person', says 'Mimi' star Kriti Sanon

The actor reveals how she prepped for the role of surrogate in 'Mimi', and talks about her love for comedy films and what success means to her
Lipika Varma 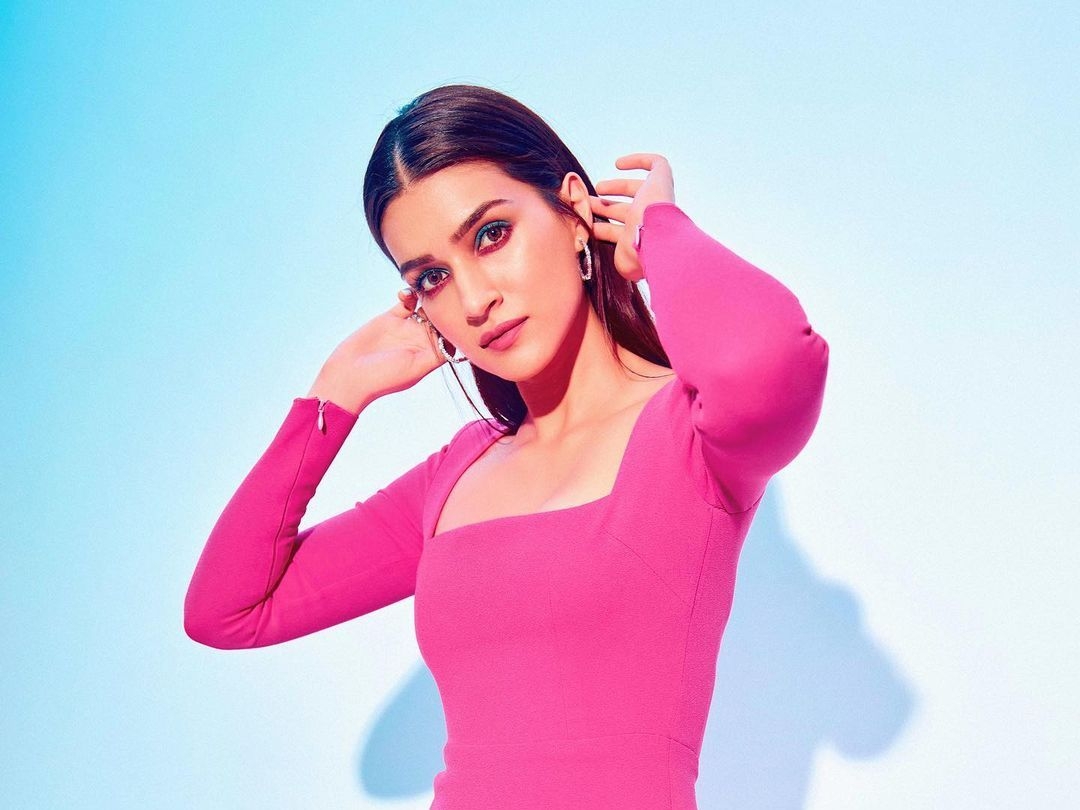 Actress Kriti Sanon is riding high with the success of her latest release Mimi. The critics have gone on to say that her performance in the film is her best deliverable so far. She is also one name to follow for not owing her success to anyone in the industry. Being an outsider, Kriti has cut through the idea of nepotism and set the benchmark of success with a talent for many aspiring actors out there.

And now with Mimi which was released on Jio Cinema and Netflix on July 30, Kirti has crossed many bars of showing her acting prowess. The actress plays the protagonist in the comedy-drama, who decides to be a surrogate to fund her Bollywood dreams. To play the role of a pregnant woman throughout the film, Kriti had to gain a few kilos to fit into the character.

“I have ended up increasing my appetite. I ate a lot of cheese and chocolates. Mimi gave me different feelings, everything was very new for me and the fact that this was a completely new character,” Kriti begins, who, except her debut film Heropanti (2014) opposite Tiger Shroff, has done some successful comedy movies like Bareilly Ki Barfi (2017) and Luka Chuppi (2019), Housefull 4 (2019) all churning moolah at the box office. “My favourite genre is situational-comedy. I love how people’s reactions change based on the situation. I love when an intensely emotional situation is shown comically. There’s so much stress in our lives and if I can make someone laugh is an achievement for me. Whichever film I do, I feel like there should be humour in some or the other way,” she shares.

Although the actress has charted her name into the list of successful actors who have stardom as well, for Kriti success is a temporary affair as she says she believes in the platitude, ‘Never let the success get to your head and never let the failure get to your heart’. “Success and failure are part of life. The only thing I am consistent about is whether I am growing and evolving from any situation or not. Sometimes failure teaches you more than your success can ever do. I want to evolve and grow as a better actor and a person, I have gone through many things in life so far and they all have taught me something,” muses the Dilwale actress, who has a bucket full of movies in her kitty including Hum Do Hamare Do, Bachchan Pandey and Adipurush with Prabhas. No doubt Kriti’s Instagram boasts about 41 million followers.

“I have always been well versed with social media but now I have become a pro at it,” she flaunts. At the time when celebrities are always on trollers’ radar, we ask how Kriti stays sane amidst the chaos. “I don’t take trolling seriously,” she says quickly.

“Everything you say or write on social media has many interpretations and not all will go in your favour. That’s the reason we all have become less vocal about things. Unfortunately, we have to be cautious about the reparations. When people will become more acceptant of others’ opinions, maybe then we all will express ourselves without any fear,” says the actress in conclusion.