'I travelled in rickshaws, trains': Esha Deol says she had a 'normal' childhood was not treated like a 'star kid'

Esha Deol said that her parents, veteran actors Dharmendra and Hema Malini, brought her up in a down-to-earth manner despite being superstars
FPJ Web Desk 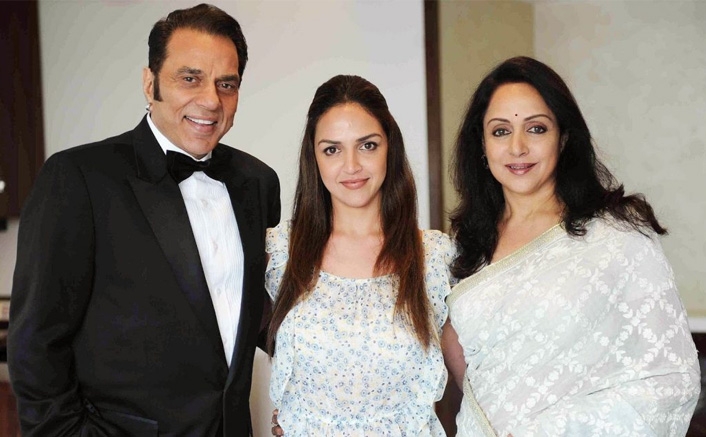 Bollywood actress Esha Deol recently said that her parents, veteran actors Dharmendra and Hema Malini, brought her up in a down-to-earth manner despite being superstars.

In an interview with ETimes, Esha said that her parents have been excellent in bringing her up in a humble and down-to-earth manner with a lot of discipline. She said they have instilled sanskaar and taught her to respect elders.

The actress, who recently made her acting comeback after almost 10 years, said that she credits her parents for giving her a 'normal' childhood.

The 'Yuva' actress said that even in the school that they sent her to, she was treated normally, and not a star kid. She further stated that she travelled in rickshaws and since she played a lot of sports back then, she had to go to tournaments at various places around the country for which she has even travelled by train. Now, Esha wants her daughters, Radhya and Miraya, to also have a normal childhood.

Esha said that when she was a child, there was no paparazzi culture, and she could easily do what she wanted. She added that the most people would do was point at her and say that she was Dharmendra and Hema Malini's daughter.

However, Esha said that the paparazzi are just doing their job these days and have always given a lot of respect to her family.

The actress also said that her kids are for her, her husband and family and she prefers to keep them private.

She recently made her debut as a producer with a short film titled 'Ek Duaa'. She will be seen next in the Disney+ Hotstar series 'Rudra - The Edge Of Darkness' opposite Ajay Devgn. ‘Actors have many options to choose from on OTT’: Esha Deol talks about her web debut opposite...