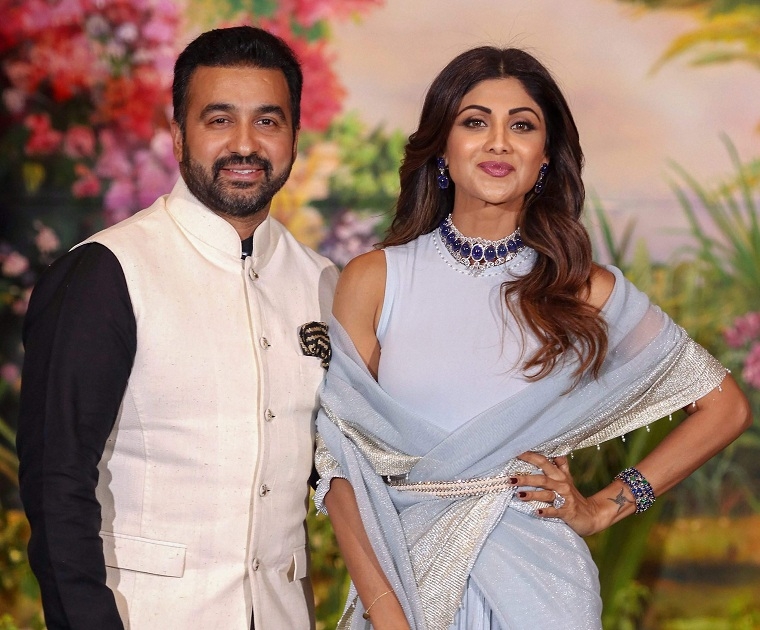 Kundra (45) was arrested by the crime branch on Monday night in a case, which it said, related to alleged creation of pornographic films and publishing them through some apps.

On Tuesday, he was produced before a court which remanded him in police custody till July 23.

Shetty took to her Instagram story on late Thursday and posted a quote by American author James Thurber that read, "Do not look back in anger; or forward in fear but around in awareness." "We look back in anger at the people who've hurt us, the frustrations we've felt, the bad luck we've endured. We look forward in fear at the possibility that we might lose our job, contract a disease, or suffer the death of a loved one.The place we need to be is right here, right now-not looking anxiously at what has been or what might be, but fully aware of what is.

"I take a deep breath, knowing that I'm lucky to be alive. I have survived challenges in the past and will survive challenges in the future. Nothing need distract me from living my life today," the quote that she shared read. 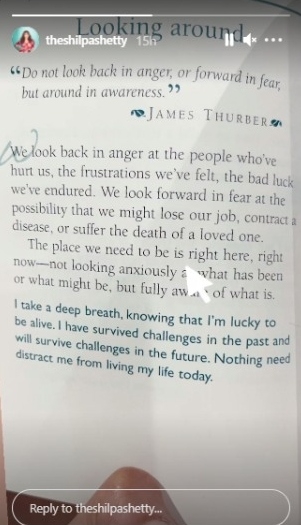 According to the police, there were several WhatsApp chats that revealed that Kundra was involved in the financial dealings of an app and its contents.

The police also said three women have come forward with complaints in the case, saying they were "forced to act in pornographic movies".

According to the police, the accused persons took advantage of struggling models, actors and other workers and made them work in these movies.

Kundra was taken into custody on Monday night by the city police's crime branch after being booked under relevant sections of the Indian Penal Code and the Information Technology Act. 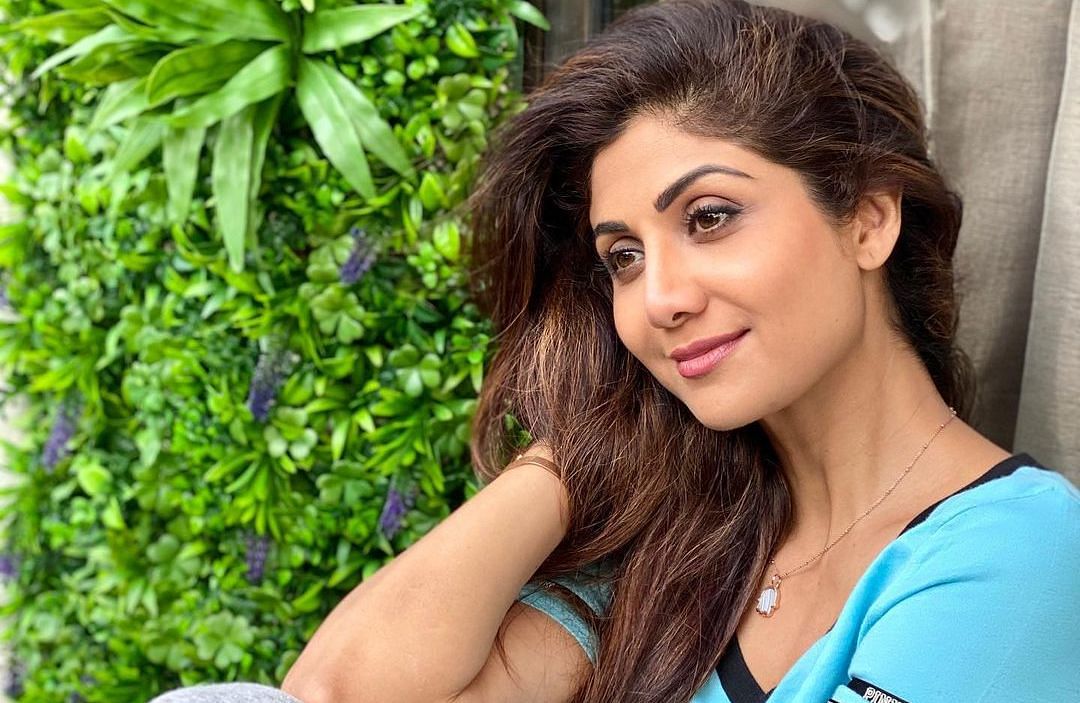 'We may not always have the power to change...': Shilpa Shetty's post before Raj Kundra's arrest for...